A Brief History of Firearms: Long Guns of the American West 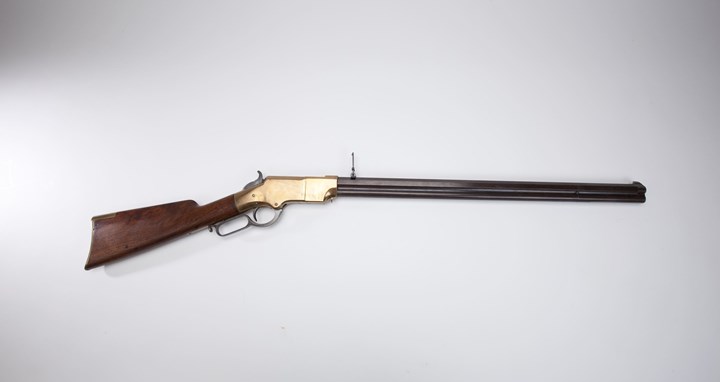 Although manufactured in 1864 at the height of wartime sales, this rifle was purchased by a civilian. The brass-frame Henry Rifle was the predecessor to the Winchester Model 1866, and may be easily distinguished from this latter arm by the absence of a forestock... 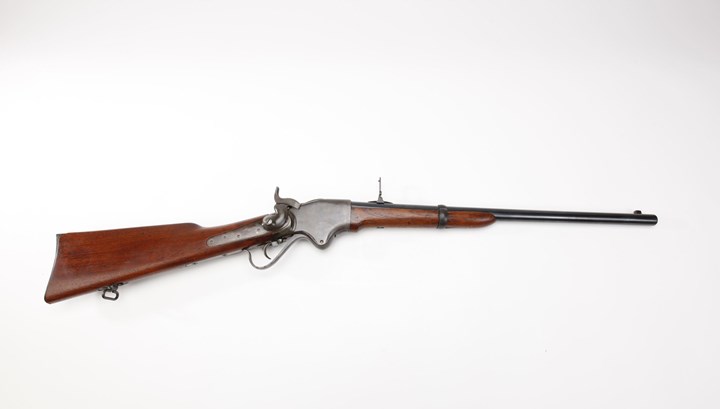 SHOW CAPTION HIDE CAPTION
The Spencer carbine was a mechanically-complex arm whose manufacture was beyond the capability of Southern industry. These guns were used with great effectiveness by Northern troops. 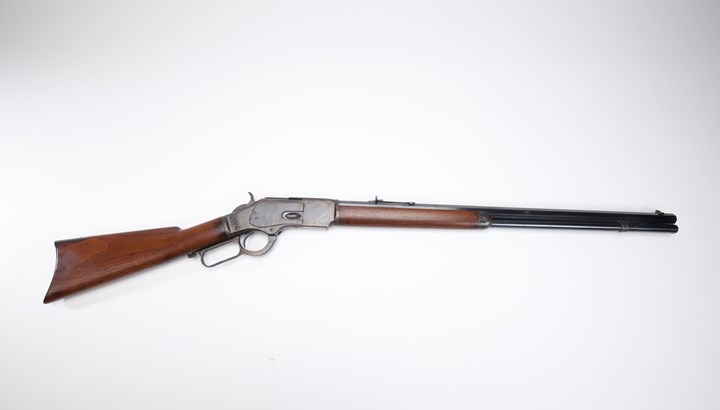 SHOW CAPTION HIDE CAPTION
The Winchester Model 1873 enjoyed a production run spanning fifty years; during this period, over 720,000 rifles were manufactured. These rifles, and the nearly-identical Model 1876, may be easily identified by the presence of sideplates on the receiver... 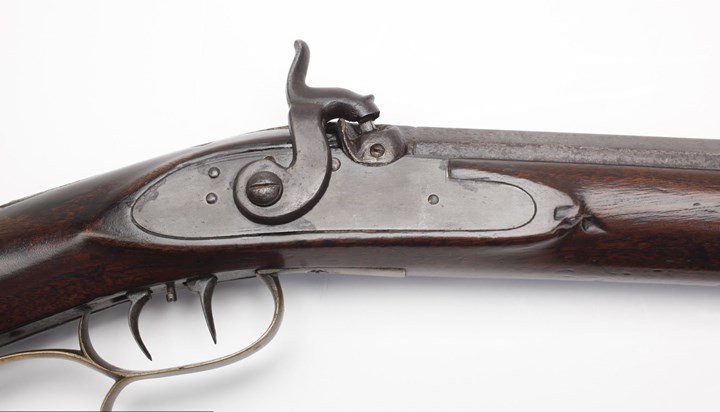 SHOW CAPTION HIDE CAPTION
The stock of this rifle is a period replacement that incorporates another Hawken rifle's patchbox. Circa 1849 Samuel Hawken (U.S.) Percussion Plains Rifle (single-shot/ muzzle-loading/ black powder/ ball ammunition). The late 1840s saw an increase in U.S. westward expansion, up the Missouri River, across the Great Plains, over the Rocky Mountains, and to the Pacific coast... 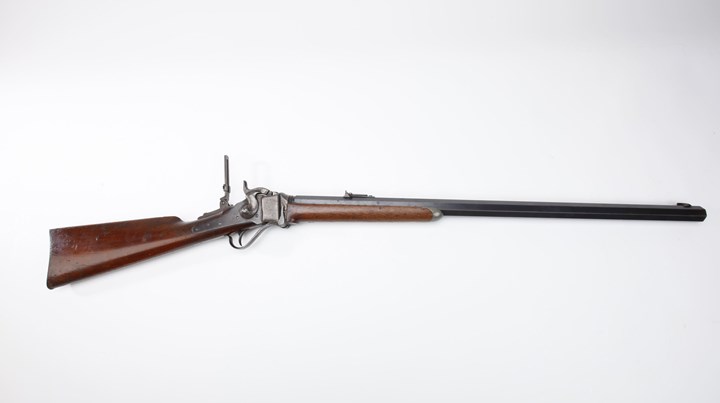 
Long Guns of the American West

The military has sometimes been slow to embrace firearms innovation, preferring tried & true technology over the new and untested, and this was certainly true during the Civil War and Indian Wars era. Winchester had abandoned the rocket ball system in favor of a .44 Rimfire cartridge in it's famous brass framed Henry rifle in 1860, but only a few were purchased and used during the Civil War. The Spencer Repeating Rifle Company had also patented an effective lever action repeater firing metallic cartridges by the beginning of the Civil War, but its adoption by the Army was resisted until it was demonstrated to President Lincoln, who promptly personally championed it purchase.

Although the Spencer was the most widely used repeating long gun of the Civil War, and breechloading single-shot Sharps rifles in the hands of expert "Sharps-shooter" marksmen took a toll, the vast majority of the soldiers on both sides were armed with muzzle-loading percussion muskets.

With the post-war Westward expansion, the civilian demand was for the new repeating metallic cartridge firearms. Winchester responded, first with an improved brass frame rimfire Model 1866lever action, followed by a centerfire Model 1873, and then by Models 1876 and 1886, made strong enough to handle true big-game cartridges in the .45-70 class.

Marlin was Winchester's strongest competitor in the field, with Whitney Kennedy and Evansalso producing lever action repeaters. Despite the development of repeaters, single shot rifles remained a popular option, and in the early years of metallic cartridges, they could handle stronger rounds than the more complicated repeaters.

The tradition of powerful, big bore rifles for the large game of the American west such as bison, wapiti, and grizzly bear certainly pre-dates the Civil War. As first trappers and mountain men, and then settlers and farmers pushed into the great plains and Rocky Mountain west, a new type of American rifle was developed to meet the need.

The percussion Plains Rifle tended to be shorter than its long slender Kentucky rifle predecessor, to handle easier on horseback and in brush. It took a heavier, larger diameter ball appropriate to the larger game, which necessitated a heavier barrel, the weight of which was another factor dictating a shorter length. The Plains Rifle tended to have a half-stock, with the wood only cradling the rear half of the barrel, contrasted to the full stock Kentuckies. As befits a working gun, decoration tended to be minimal or non-existent.

In the years preceding the Civil War, Plains Rifles by prominent makers such as Hawken andGemmer, both of St. Louis, were eagerly sought after by long hunters and pilgrims heeding Horace Greeley's advice of "Go West, young man."

After the war, Sharps began producing its well respected breechloading single shots for centerfire metallic cartridges, and with a half-inch diameter projectile, the "Sharps big 50" was perhaps the quintessential "buffalo rifle." Other popular single shots included the Winchester Model 1885 High Wall and Low Wall rifles; Stevens Ideal rifles, and the sturdy Remington Rolling Blockrifles. Most were offered in a variety of frame sizes, barrel lengths and weights, and calibers ranging from .22 rimfire to the .40 to .50 caliber rounds favored by commercial hunters. Various types of sights were available, from simple through elaborate, and various stocking options could be had, from fairly straight forward through the ornate buttplates and triggerguard configuration favored for Scheutzen style target competitions. The single shot was generally considered to be more accurate than early repeaters, and so was favored for target competition and other precision work.