A Brief History of Firearms: Improvements in Accuracy 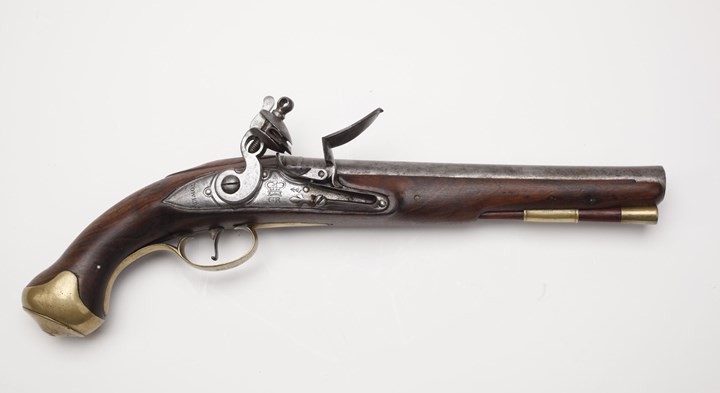 Many early handguns were made with no sights, as on this Tower Model 1760 flintlock pistol... 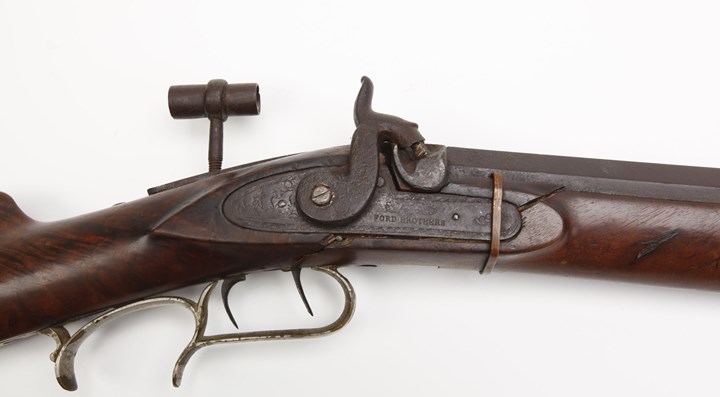 At around the time flint lock systems were first being developed, two improvements were introduced that dramatically increased the accuracy of firearms.

Archers had found that if the fletching feathers on the rear of their arrow were at a slight angle, causing the arrow to rotate in flight, their ability to hit the target was improved. This concept was applied to gun barrels by cutting slowly twisting grooves down the interior length of the barrel, imparting a spin to the bullet as it left the muzzle. These grooves were called rifling, and "rifled muskets" or "rifles" so equipped were found to be much better at hitting their mark over further distances than "smooth-bore" muskets.

With the improved accuracy offered by rifled firearms, a system of aiming them other than pointing became more important, and early forms of sights became more widely used. A common system, still used in many guns today, was a notch of some type at the rear of the barrel and a post on the front. With this type of open sight, the top of the front sight post is aligned with the target, and the post is centered by eye between the edges of the rear sight notch, with the top of the post level with the tops of the sides of the notch. When the sights themselves are properly physically aligned with the axis of the bore, this system still provides all the accuracy required for most practical shooting needs.