A Brief History of Firearms: Handguns of the American West 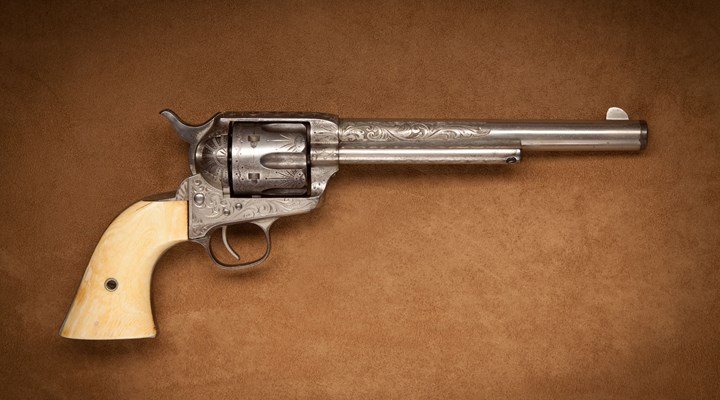 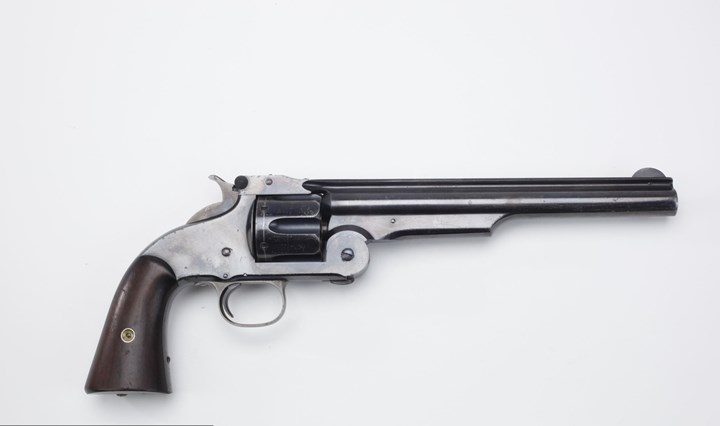 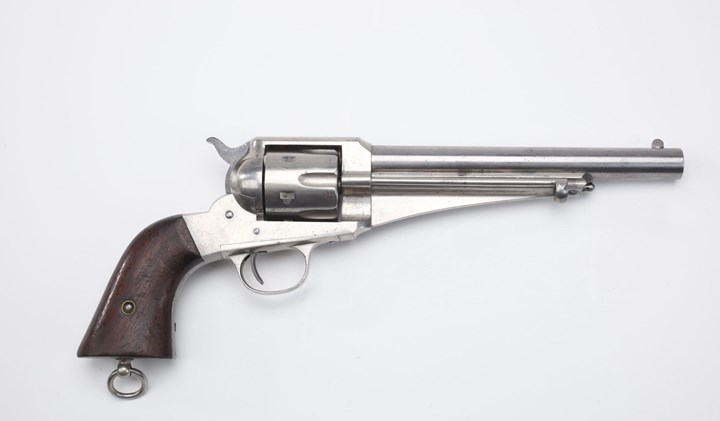 SHOW CAPTION HIDE CAPTION
Introduced to compete with Colt's Single Action Army revolvers, this Remington design failed to meet with the commercial success enjoyed by Colt's model due to the Hartford firm's two-year head start in production and sales... 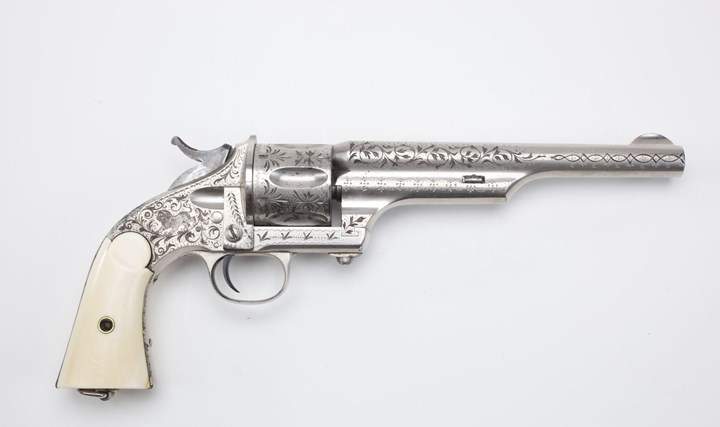 SHOW CAPTION HIDE CAPTION
Manufactured by Hopkins & Allen for Merwin & Hulbert, these revolvers competed with similar models from Colt and Remington during the late 19th century, but without achieving great popularity. 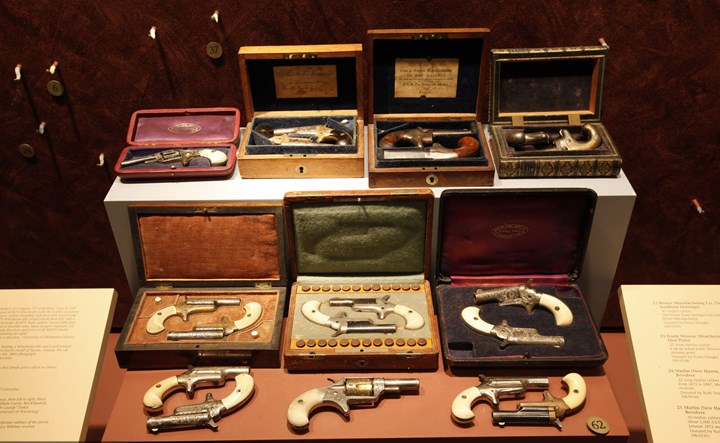 SHOW CAPTION HIDE CAPTION
This group of derringers represents the collecting efforts of one man in gathering examples of the standard and embellished variations of the Colt derringers marketed through London...


Handguns of the American West

The American West of 1865 to 1900 is perhaps one of the most popular and romanticized eras of American history, with the lore of cowboy and Indian, lawman and outlaw, figuring large in our collective imagination. The handguns of this era also have a special fascination.

The most famous is undoubtedly the Colt Single Action Army, introduced in 1873, and also known as the Peacemaker. Its sturdy reliable design and effective cartridges made it a favorite with Westerners on both sides of the law.

It is little recognized, however, that Smith and Wesson large frame top-break revolvers and their foreign copies represented the most prolific full size handgun pattern of the early cartridge era. All variations on the Model Three frame, the first was the American model in 1870, followed rapidly by the Russian model. The Schofield model was made for the American military in the 1870s, followed by the New Model Number Three and Double Action models.

The S&W design was much faster to load & unload than the Colt. When a latch in front of the hammer was released, the S&W barrel & cylinder pivoted forward, automatically ejecting empties and exposing all six chambers for reloading. To reload the Colt, each individual chamber had to be aligned with a barrel mounted ejector rod, and the single empty brass case punched out and replaced with a fresh cartridge before rotating the cylinder to the next chamber, repeating the operation a total of six times to fully load the revolver. Smiths were also generally held have an edge in accuracy, although the Colts were simpler, sturdier, and less liable to malfunction in extreme environments. A large portion of S&W's early production went to foreign military contracts.

Other revolvers of the era included the Remington 1875, similar to the Colt pattern, and the unusual but exceptionally well made twist-open Merwin Hulbert revolvers.

The military's resistance to new concepts continued into the Indian War years of the late 19thcentury. At a time when repeating rifles with 16 or more rounds available as fast as you could work the lever were available, the Army chose to stay with a single shot as its primary issue long arm. One concern cited was that soldiers armed with repeaters might expend ammunition too rapidly in the heat of battle.

Economic factors undoubtedly influenced the decision as well. Vast quantities of now-obsolete muzzle loaders remained in inventory from the Civil War. A method was developed to convert these to breech-loading cartridge rifles by cutting open the rear of the barrel & installing a breechblock that could be flipped open to load cartridges and remove empty brass like a trapdoor. When manufacture of new rifles resumed, they were based on the same system, and the "Trapdoor Springfield" single shot became the standard military rifle from 1873 through the beginning of the Spanish American War in the late 1890's. In defense of the Army's decision, the trapdoor's .45-70 cartridge was significantly more powerful, with longer effective range, than anything available in a repeater in the early 1870's.

A similar thought process led the military to initially select a Remington single shot in 50 caliber as its first cartridge handgun. By the mid 1870's, however, the Colt Single Action Army (SAA) and the Smith and Wesson Schofield six shot revolvers became the Army's primary sidearms for the Indian Wars era.

After the Custer rout at Little Big Horn, there was a vigorous debate over the military's choice of weapons. Some of the Indian victors had been using repeating rifles. One school of thought contended that if Custer's men had been armed with lever action rifles instead of trapdoors, and fast loading Schofields instead of SAA's, the outcome might have been different, although that conclusion is hard to support in light of the vastly outnumbered 7th Cavalry's forces and strategic choices.

Although the big sixguns of the Old West are those that capture the public fancy, their production quantities were significantly less than smaller frame revolvers. S&W offered tip-up spur-triggers and top-breaks in single or double action; Colt produced a series of single shot derringers and spur-trigger revolvers; and Remington offered spur-trigger revolvers and its famous double derringers, in addition to other designs.

The late 19th Century saw a proliferation of small manufacturers churning out cheap small single action spur-trigger revolvers, sometimes derisively referred to as "Suicide Specials." Other firms such as Harrington and Richardson, Iver Johnson, and Hopkins and Allen produced millions of inexpensive but generally serviceable small top-break and solid frame double action revolvers. These companies have been referred to as the "armorers to the nation's nightstands," accurately reflecting the fact that even persons of moderate means could afford their products as a handy means of home and personal protection.