A Brief History of Firearms: Early Guns in America 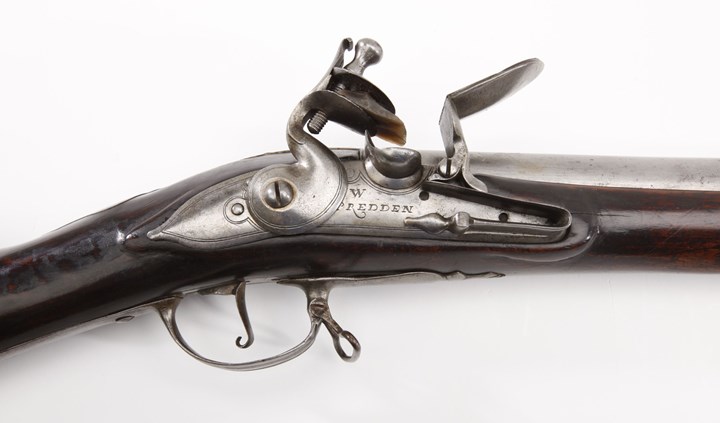 The Short Land Pattern Brown Bess was the standard British Army musket of the Revolutionary War period. The barrel length of Short Pattern Musket had been reduced to 42 inches, hence its designation, and was standardized for all British services by a Royal Warrant dated June 11, 1768... 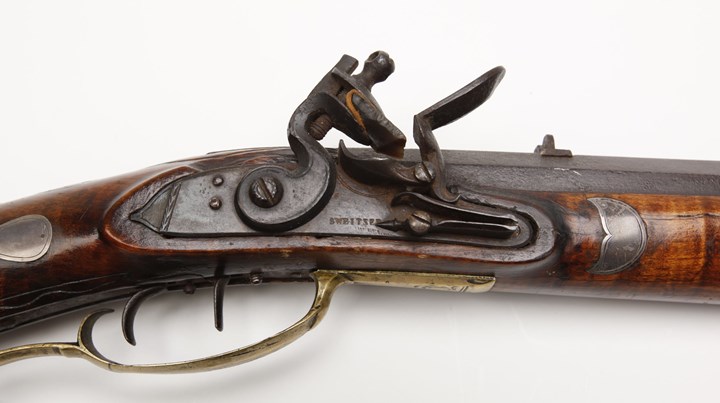 SHOW CAPTION HIDE CAPTION
With its rifled barrel, the classic American Long Rifle was capable of much greater accuracy at much greater range than the smoothbore military muskets of the era. This example by Melchoir Fordney also included a heavy barrel and double set triggers to enhance its accuracy potential... 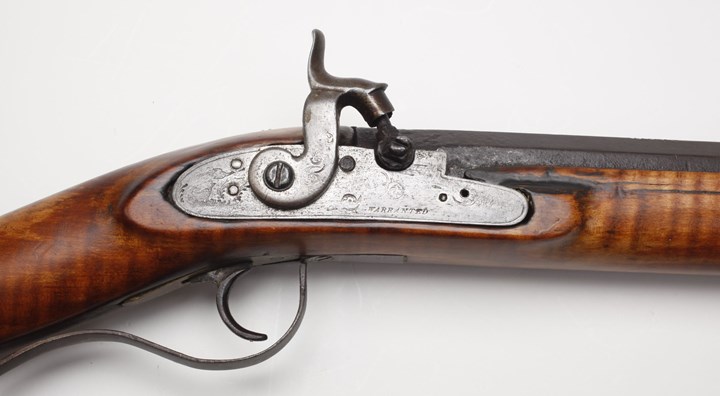 SHOW CAPTION HIDE CAPTION
This muzzleloading arm was converted to percussion ignition by the installation of a bolster percussion cone where the flash pan had been located...

Read more here
More
SUBSCRIBE
In this series, A Brief History of Firearms,  Jim dives into several topics including early firearms, advancements in technology, historical impacts, and modern day firearms. In this segment, Jim discusses the American Long Rifle and the guns of the Revolutionary War...

Despite imaginative pictures of Pilgrims bearing flared-muzzle flintlock blunderbusses, the earliest firearms in American were doubtless matchlocks and the occasional wheellock.

However, during the Colonial years, a distinctly American type of gun would be developed, by first dozens and then hundreds of gunsmiths scattered through the new land. In the late 17th and 18th Centuries, colonists coming to America brought their indigenous European firearms and gun design concepts with them. The gun was a necessary and treasured tool when pioneering a frontier wilderness far from civilization, and gun makers were valued and essential members of the small settlements.

The American long rifle, variously known as the Kentucky, Pennsylvania, or Ohio rifle, is most likely the descendant of the German Jaeger (translated "hunter") type flintlock, a practical classic European hunting rifle. In the New World, it slowly evolved into a longer barreled firearm with wooden stock extending the full length of the barrel, while the rear of stock developed a graceful downward curve. Eventually, deluxe versions would come to be decorated with colorful brass or pewter inlays in the stock, with stars, hearts, and simple animal silhouettes being popular motifs. The brass covered patchbox in the rear of the stock would become more elaborate and decorative over time.

This is gun that fed and defended early pioneer families. Marksmanship was a valued, necessary, and common skill.

European military doctrine of the time called for the use of smoothbore muskets as the primary martial firearm. Although less accurate than rifled arms, the smoothbore allowed for faster reloading, since a lead ball slightly smaller than bore diameter could be rammed down the barrel with wadding quite quickly, even as the barrel became fouled from gunpowder residue from previous shots. By contrast, to be effective, the lead bullet for a rifled arm must fit the bore tightly to engage the rifling, and takes more time and effort to ram home.

European armies would meet on a field of battle in massed formations and exchange volleys of fire from their smoothbore muskets, more pointing the weapons at the clustered line of enemies across the field than precisely aiming, and relying on volleys of multiple lead balls to strike down some opponents before closing for combat with saber and bayonet. The classic British Brown Bess and French Charleville Musket were sturdy smoothbore flintlock designs, well suited for this type of combat.

The ways and rules were changing, however, and in the French and Indian War, the Revolutionary War, and the War of 1812 American marksmen used their rifled "squirrel guns" and well-honed shooting skills to good effect on selected targets from longer distances and from behind cover in wilderness areas.

After securing independence, the new country rapidly sought its own means of mass producing military arms, establishing government arsenals for the manufacture of firearms at Springfield in 1795 and Harpers Ferry in 1800. Many of their early products were indeed smooth bore muskets, still a useful military arm. However, the age of the rifle as an essential weapon for the marksman in combat had arrived.

In addition to arsenal made firearms, the U.S. and some states contracted with numerous small individual gun making firms to produce military weapons or parts based on sample patterns provided by the government. America's oldest continuing gunmaker traces its lineage to this era, with Eliphalet Remington producing barrels as early as 1826. The Remington firm remains one of Amercia's premier gun manufacturers today. The famous Henry Deringer, whose name later would become synonymous with small concealable handguns, produced flintlock rifles for the U.S. government as early as 1810; as did Eli Whitney's Whitney Arms nearly a decade earlier.