APPEARS IN Recreational Shooting Who Taught You How to Shoot

Who Taught You To Shoot? 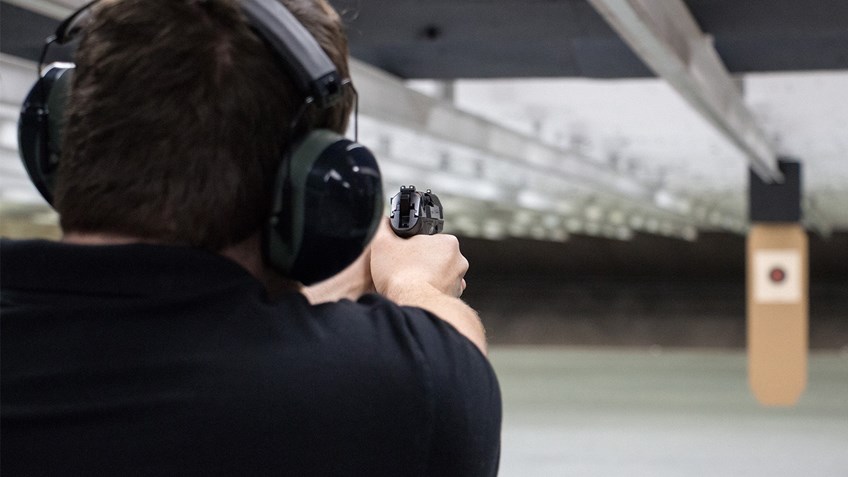 More
SUBSCRIBE
Who taught you to shoot? It’s a question you get asked more often than you probably realize. Sure, you remember exactly who took you to the range for the first time and how old you were. So you give a quick response and go about your business. But do you take the time to reflect back on the experience? Take a minute, think about the first time you fired a gun, shot a bow, or bagged your first buck. Who taught you? Why did they teach you? What makes that memory so vivid in your head?

Over the next few weeks, we’ll be sharing stories from folks reflecting on how their passions began and the impact that experience has made on them today. To start us off, we’ll hear the story of our newest NRABlog Staffer, Jason Brown: 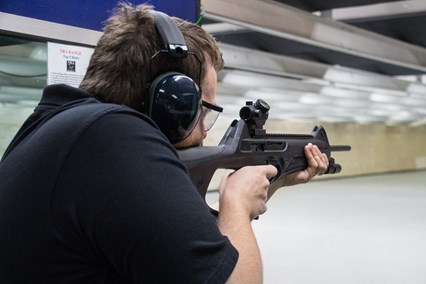 I grew up in inner city Baltimore, Md., a city thrust into the national spotlight over the past four decades for its immense violence and drug crime. As a child, guns were demonized by adults around me, from school faculty to media personalities, warning of the destruction they bring and the illicit lifestyles of those who use them. It wasn’t until I enlisted in the Air Force at age 24 that I even had the opportunity to hold a firearm. The experience, while initially nerve-wracking, wound become the pivot point in my relationship with firearms, the culture of the shooting sports, and my investment in the right to keep and bear arms.

When I arrived at Lackland Air Force Base, Texas, for U.S. Air Force Basic Military Training, my newly-recruited colleagues and I received a well-worn M16A2 rifle, at one time the standard issue rifle for U.S. Military personnel. The training rifle, complete with blue furniture, would be my companion for the next eight weeks, in which time I spent every free moment engrossed in the intricacies of the direct-impingement gas system. I practiced disassembling and reassembling the rifle, entering competitions with flight mates to determine who could take down and reassemble their rifle the fastest. I held my own. I poured over the supplied study guide, encountering terms such as “buffer and buffer spring," “fire control group,” and “bolt carrier,” memorizing the schematic and quizzing others on the components and operation of the rifle. It became a welcome mini-vacation from the grueling mornings of PT on the cold Texas turf and relentless verbal lashings of Military Training Instructors.

My first shooting experience took place at Lackland's Combat Arms Training and Maintenance Range down the road from the main base. Beneath the watchful eyes of CATM staff sergeants adorned with their trademark red ball caps, it was time to apply the last four weeks of familiarity with my rifle in practice. Using the M16A2 and 5.56 NATO ball ammo, I qualified on the rifle range, followed by pistol qualification using a Beretta M9 handgun. The adrenaline rush was instant and overwhelming, and I knew almost instantly I’d discovered something incredible.

Fast forward three years, back east in Virginia. The quiet suburban enclave I’d moved into had recently suffered a slew of sudden, uncharacteristic break-ins, the last of which becoming violent when the homeowner confronted the would-be thief. After some discussion with my wife, I made the decision to purchase our first weapon — a Ruger GP100 chambered in .357 Magnum. Not longer after that, I picked up a pre-owned Stag Arms AR-15, which truly opened the doors to my passion for firearms, and by extension, the protection of our rights to own them.

Since then, I’ve amassed a healthy collection of modern sporting rifles and other guns, and have joined the team here at the NRA to employ the skills and I learned in the military in positively affecting the organization’s mission. It’s been a long journey from the streets of a city — and a state — among the most hostile toward American gun rights to where I am today. I do believe that Tuesday afternoon in the Lone Star State, lying prone on a dusty shooting range with a battered old A2, that I found what it is I’m meant to do.


Whether its your first time shooting, hunting, fishing, or just enjoying the great outdoors, we want to hear about it! Send us the stories of your firsts or times you shared your knowledge with someone else at MakeAFirst.org.
IN THIS ARTICLE
Firearms Training Make A First Education Recreational Shooting
More
SUBSCRIBE