What Are Wadcutter Bullets? 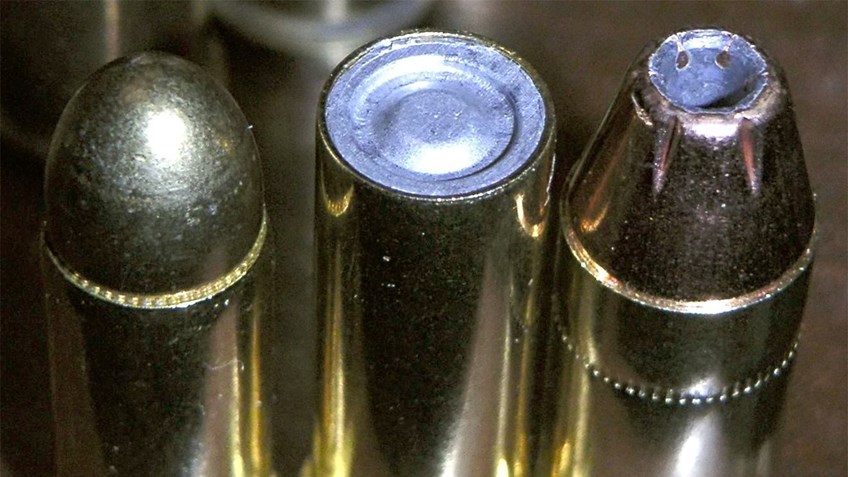 More
SUBSCRIBE
Do you know what a wadcutter bullet is? Would you be able to pick one out of a lineup? Don’t worry, we’re here to tell you all about this uncommon bullet type and when you’d want to use it.

Unlike a normal bullet that tapers down to a point, a wadcutter has an entirely flat front as wide as the cartridge. In other words, the round is completely cylindrical. Who would want to use such a bullet? Competitive shooters. Normal bullets make holes that can be tough to differentiate when you’re scoring a paper target that’s had a number of shots put through it. Wadcutters were designed to punch distinct circular holes in paper targets, making life a lot easier when determining who won a competitive shooting match.

But wadcutters have a couple traits that limit their effectiveness. For one, a flat front isn’t very aerodynamic. If you’re trying to shoot a target beyond about 50 yards, wadcutters will prove very frustrating to use. Wadcutters also aren’t jacketed, which means the bullet’s lead is exposed. And in order to prevent the lead from clogging up a barrel’s rifling, wadcutters are fired a little slower than your typical bullet by a couple hundred feet per second.

So while we wouldn’t recommend you use wadcutters for self-defense or hunting, their slow velocity is actually very beneficial when training new shooters. Bullets with low velocities have greatly reduced recoil and are really handy when someone is learning the basics of shooting.

Wadcutters also don’t work well with semi-automatics. Their unusual shape makes them hard to feed from a magazine and can easily lead to malfunctions. It’s for this reason that you’ll see wadcutters being used almost exclusively with revolvers, which are much less choosy when it comes to the type of bullet they can fire. 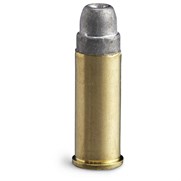 There is a solution, though: semi-wadcutter bullets. Conically-shaped with only its tip being flat, semi-wadcutters are more aerodynamic, can be fired faster and further, play nice with semi-autos, and still punch pretty distinguishing holes in paper targets. They’re even viable for self-defense and hunting over less desirable options… like wadcutters.


Despite their shortcomings, wadcutters are a very good choice when shooting competitively and training new shooters. There are hundreds of types of bullets out there and many were created for a specific use. There’s no shame in being very good at two things. Keep your chin up, wadcutter.
IN THIS ARTICLE
Ammunition Wadcutter Semi-Wadcutter
More
SUBSCRIBE