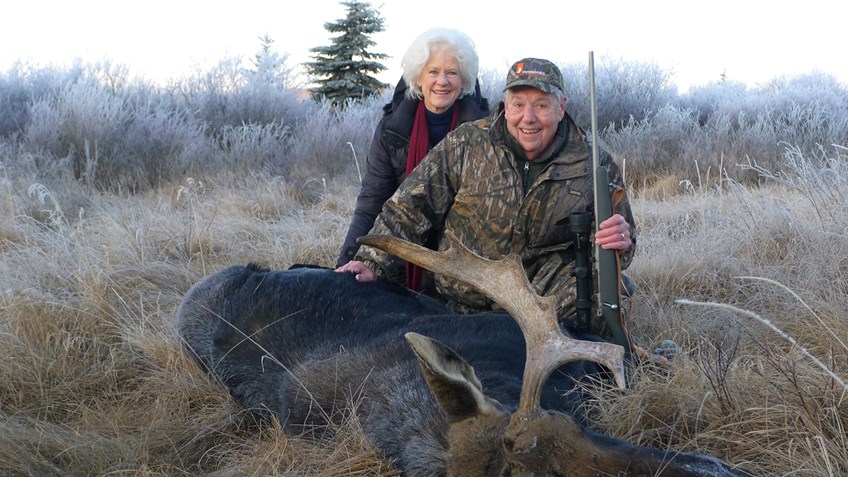 More
SUBSCRIBE
Kaboom! The crack of my Kimber Montana .300 Winchester Short Magnum rifle echoed through a cold November morning in frosty Alberta, Canada. Everything was covered with a sparkling coat of hoar frost and looked like a fairyland at the North Pole. It was a brisk 13 degrees Fahrenheit with no wind and I had just taken down a massive bull moose.

This story begins in January 2015 when I received an email from NRA Outdoors about all the hunts they offer. I thought that, at 75, if I was ever going to harvest a moose I had better get on it, so I reached out to the service and after discussing dates, costs, and quarters, they helped me book a moose hunt with Rugged Outfitting in Canada for November.

I was accompanied by my wife, Beth, who took photos and helped with the 4,200 mile round-trip drive from our home in Eureka Springs, Arkansas, to Alberta and back. After 54 years of marriage we're still joined at the hip and were in this together. We weren't sure we could even handle the trek, but we agreed that we could do it together with God's help. 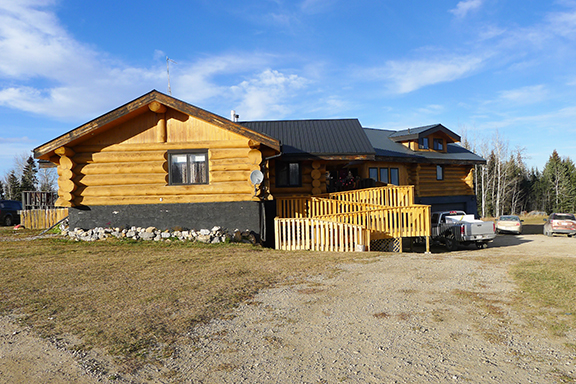 The drive to Raven River Bed and Breakfast, our residence in Alberta for the six-day hunt, took five days. Once we arrived, Rita, the proprietor, showed us to our spacious and beautiful room. Since Beth was the only woman staying there, we got the nice room on the top level. All the other men there stayed on the lower floor and shared a single bathroom - they said it was like camping with a buddy.

On day one we arose at 4:30 a.m. in anticipation of our 6:30 a.m. departure. All the guides and clients sat down to breakfast together - about 18 people in all - and the guides planned out who would hunt where. Hunting in Alberta is a little different than other places I'd been to. The land is so widespread and the moose range so vast that road hunting until you see something and go for the stalk is the most practical method. Beth and I must have looked over thousands of acres of prime moose land that day.

At one of our stops, our guide, Hugh Henderson, led us to some bogs, which are clumps of grass, logs, timber, and wait-a-minute vines all designed to hinder our walking. Hugh stopped at the edge of a medium-sized marsh to make an arc in the hope of driving out some moose. Unfortunately it didn't work, but not for lack of trying. Miles and miles of back roads produced nothing except a great-horned owl sitting on a post. We headed back to camp for lunch and a short siesta before setting out again for an evening hunt. Again, we had no success, but were greeted by a sumptuous meal when we returned after dark – boy could these gals cook! 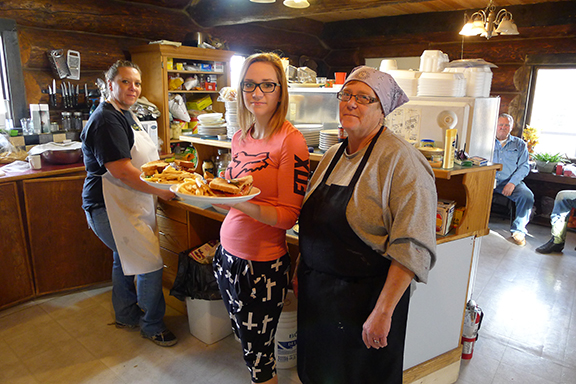 Day two started out promising when we saw a cow moose in a field, but there was no bull around. Another cow crossed our path at dusk, but still no sign of a bull. We took a look at a huge marsh area before dark and Hugh thought it would be a great place to find moose the next morning, so we headed back to the B&B with eyes on day three.

The third day of our hunt dawned crisp and clear with no wind. Anticipating moose, we arrived at the marsh we'd observed the night before right at legal shooting time. I found a log not far from the truck which gave me a great view of the marsh and decided to use it as a rest.

Just then I heard a soft whistle and turned around to see Hugh whispering “moose” and pointing toward the marsh. I dropped to the ground, laid my rifle on the log, and cushioned by my leather sling. As I lay prone on the cold ground overlooking the huge marshland I saw two large black objects feeding in the frosty meadow: one was a cow the other a bull moose. Hugh, who was crouched about fifteen feet to my left, said “The bull is on the left, don’t shoot the cow.”

I placed the crosshairs of my Burris Eliminator III on the bull's rump and pushed the ranging button. Voilà, the range popped up at 350 yards and the lighted dot below the crosshairs showed me exactly where to hold. There was nothing but bull moose butt in my scope. I waited for an eternity as the bull walked away from us. When was he going to turn so I could shoot? Eventually I had to look away for a moment as my neck muscles were screaming for relief. 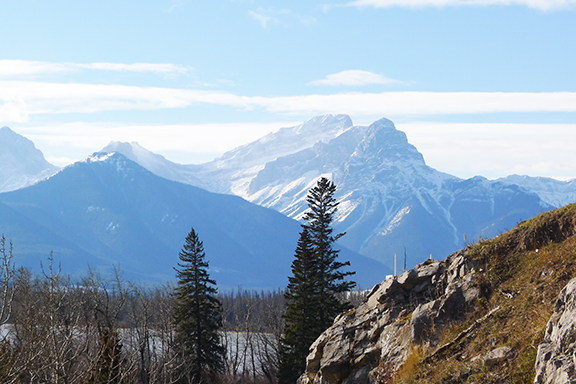 "Ok, look back and stay calm," I thought. "Where did he go?! Too much magnification, turn it down. Ah, there he is. Blast it, he’s heading for the Pacific Ocean and still nothing but a butt to shoot at!"

This was not the shot I saw in the guidebook, but it was all I had and all I was likely to get. Now or never. The rangefinder said 450 yards and I put the lighted dot on the middle of his butt and fired.

The 300 Winchester Short Magnum has quite the kick, especially with an eight-pound rifle.

The shot was a miss and the bull turned to the right, still walking slowly. I fired again and heard the satisfying “whap” of a solid hit echoing through the hills. He went down like he was pole axed. Hugh was ecstatic and congratulations were had all around. Beth was grinning from freezing ear to freezing ear. 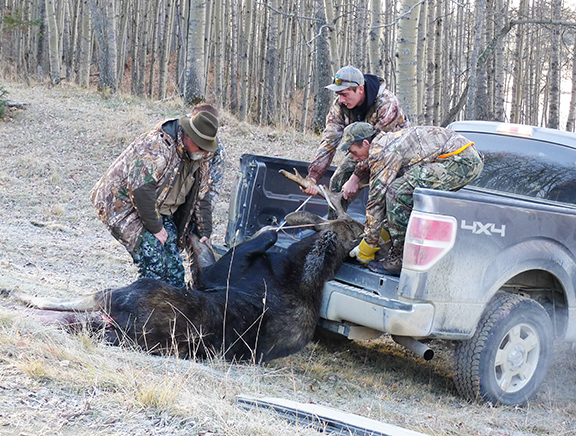 But a couple minutes later we observed the bull get up and start walking away to our right. I don't want an animal to suffer and I also didn't want to lose him, so we agreed I should fire again. We heard another “whap” and the bull went down for good. Hugh was ecstatic. The rangefinder read 510 yards and Hugh called me a sniper. The 180gr. Noslers had done their job!

Hugh then called his son Tanner, also a guide, and several other hunters to help us pull the moose to a road and get the huge animal into the truck.

All in all it was a terrific hunt and the folks we met were just great. Our guides and hosts at the bed and breakfast did everything possible to help us enjoy ourselves and bring home the meat.

About the author: Errol D. Severe is a retired Delta Airlines captain living in Arkansas. He has been a free lance writer and gunsmith for many years and has written a number of hunting and gunsmithing articles; one book, The Last of a Breed and co-authored a play, The Gift of Love. A life member of NRA since 1965, and a Benefactor since 2014. He is currently the president of Aviation Cadet World in Eureka Springs, AR. www.aviationcadet.org
IN THIS ARTICLE
NRA Outdoors Hunting Canada Rifle
More
SUBSCRIBE