Gun of the Day: The Grease Gun 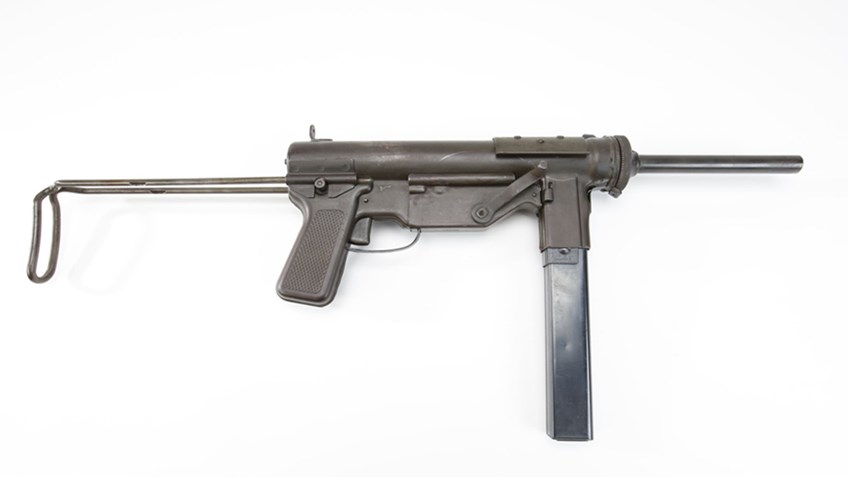 Approximately 650,000 M3 and M3A1 Submachine Guns were manufactured by GM's Guide Lamp Division during the Second World War, including 1,000 for use by the O.S.S. An additional 33,000 M3A1s were produced by the Ithaca Gun Co. during the Korean War. The M3A1 included several modifications to correct deficiencies in the original design. Among these are a larger ejection port, elimination of the retracting handle and substitution of a finger hole for use in cocking the gun, and the addition of a guard for the magazine catch.

The M3 submachine was a cheaper substitution to the Thompson, but effective nonetheless. The M3 (so-called a “grease gun” due to its resemblance to a mechanic’s grease applicator) was used in combat throughout World War II, Korea, Vietnam and even as a backup weapon of tank crews serving in Operation Desert Storm. These guns are well sought after by collectors and represent the American industrial capabilities to crank out weapons on the fly; all thanks to the great “Arsenal of Democracy” that propelled a U.S.A. victory in the Second World War.