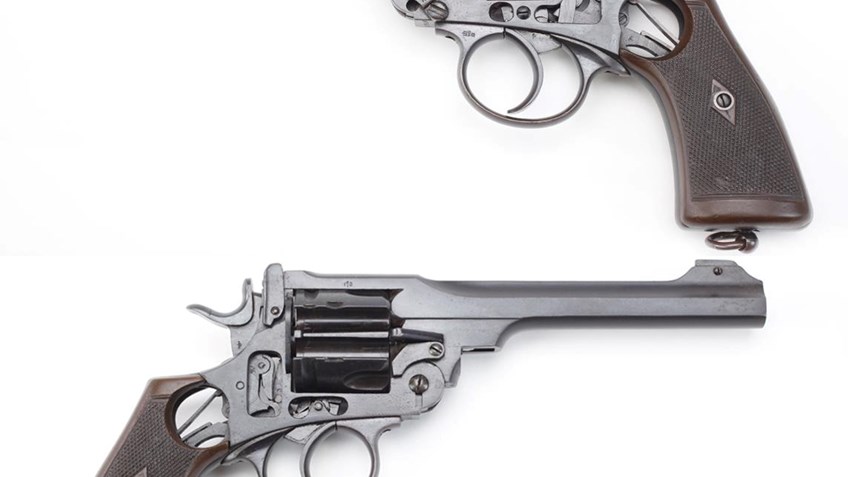 During World War I, Great Britain’s double-action Webley Mark VI revolver in .455 caliber was to win renown in the trenches as a durable and reliable sidearm. This example is an unusual armorer’s cutaway, utilized to demonstrate to trainees exactly how the internal mechanisms of this handgun operated with some of the intervening surfaces removed for better visibility.

These skeletonized training aids were often constructed from otherwise condemned firearms that might have developed cracks or were generally unsuitable for further firing service. The small windows cut into the frame allow the relationship of hammer, trigger and sear to be easily understood or can illustrate the movement of springs during the single-action or double-action cocking sequences. Display examples produced for fixed military exhibits usually had contrasting paint applied to sectionalized areas.