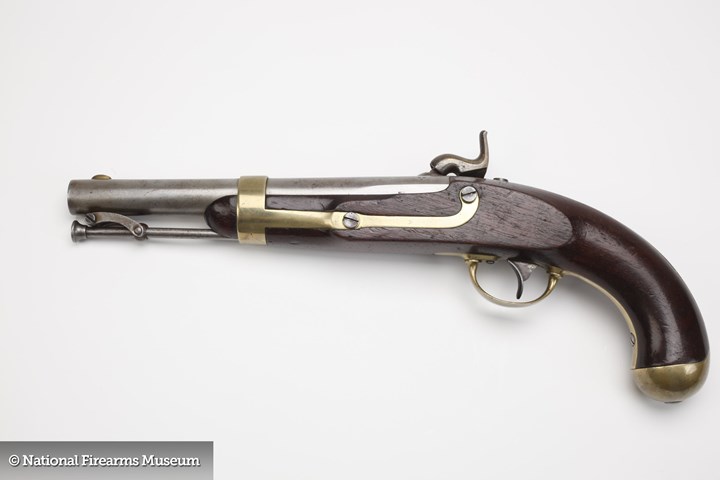 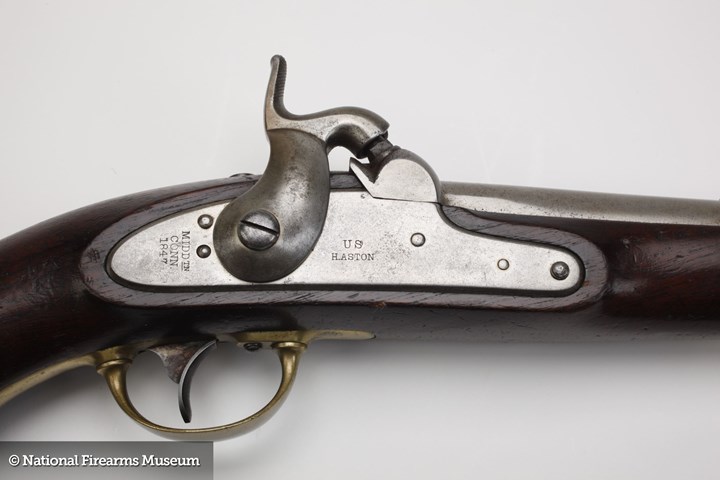 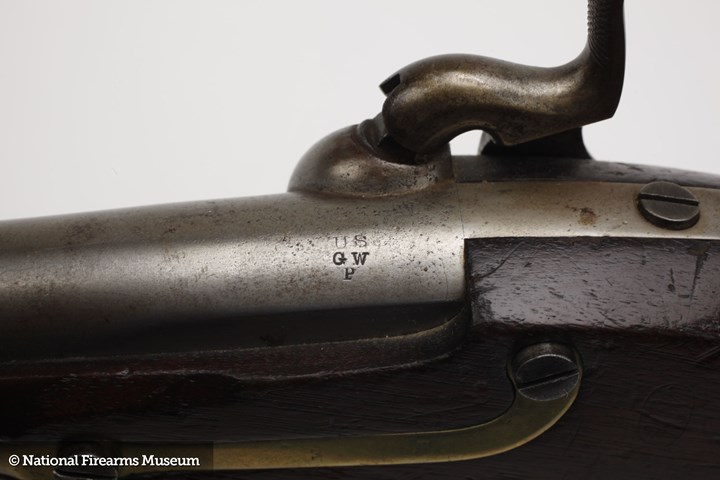 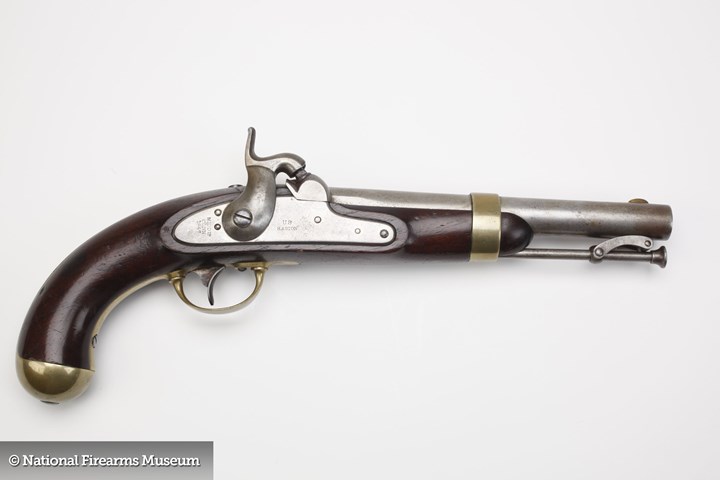 Henry Aston of Middletown, CT produced about 30,000 martial single-shots like our GOTD from 1842 to 1852. These .54 caliber smoothbore “horse pistols” were American military standard during the war with Mexico and many thousands were sitting in arsenals throughout northern and southern states when the next conflict came along in 1861.

These heavy handguns were sometimes issued in pairs with matching saddle holsters or as a single pistol with holster and a pouch to hold horse equipment.