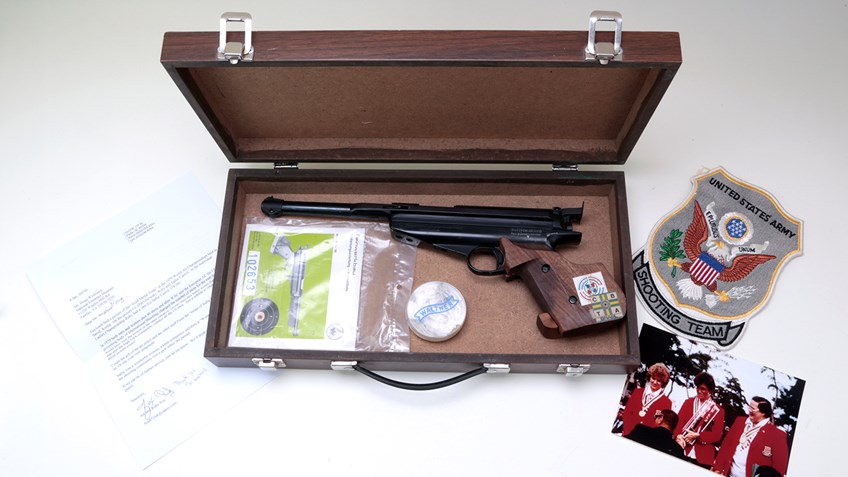 More
SUBSCRIBE
In the late summer of 2014 the international pistol community lost one of the foremothers of their sport when Lt. Col Sallie Carroll, USA (Ret.) passed away. Sallie began her decorated military career in 1952 with the US Army Air Force before becoming a commissioned officer in the US Marines and finally retiring as a US Army Lt. Colonel in 1975. She served in Vietnam April 1971 - April 1972 and received a Bronze Star for "meritorious achievement during operations against an armed emery of the U.S."

Sallie was a vital member of the US Army Marksmanship Unit, winning numerous national and international shooting awards, and helped pioneer the elite group's inclusion of women shooters. She won the NRA Women's Pistol Championship four times, the World Ladies Air Pistol Championship, and was on the gold medal teams of the 1970 World Championships and 1979 World Air Championships, to scratch the surface of her success.

In 2006 Sallie was inducted to both the USAMU Hall of Fame and International Pistol Hall of Fame for her incredible accomplishments. Those who knew her described her as a friend, mentor, and "a woman of a different caliber." Her involvement with the Vietnam Women Veterans Association, Women Marines Association, Women of the Air Force Association, American Legion, Veterans of Foreign Wars, and Disabled American Veterans, is a testament to her compassion and desire to help others. Sallie's Place, an affordable housing development in Phoenix, Arizona, for homeless and near-homeless mothers who are veterans single veterans, will be opening later this year.

From the early 1960s until the 70s, Sallie hosted women's pistol clinics at the National Pistol Championships at Camp Perry, Ohio. Ask anyone who attended one of the events and they'll probably still be able to recount one of Sallie's favorite sayings when instructing women, "Watch your front sight, squeeze the trigger, and don't wear a boat neck blouse unless you plan on doing the hot brass shuffle."

This Fienwerkbau Model 65 .177 air pistol was used by Sallie Carroll to great effect in international competition and was donated to the NRA National Firearms Museum by her estate this past January. It will soon be proudly placed on display alongside other firearms owned by the most impressive competition shooters our country has ever seen.
IN THIS ARTICLE
NRA Museums Donations
More
SUBSCRIBE