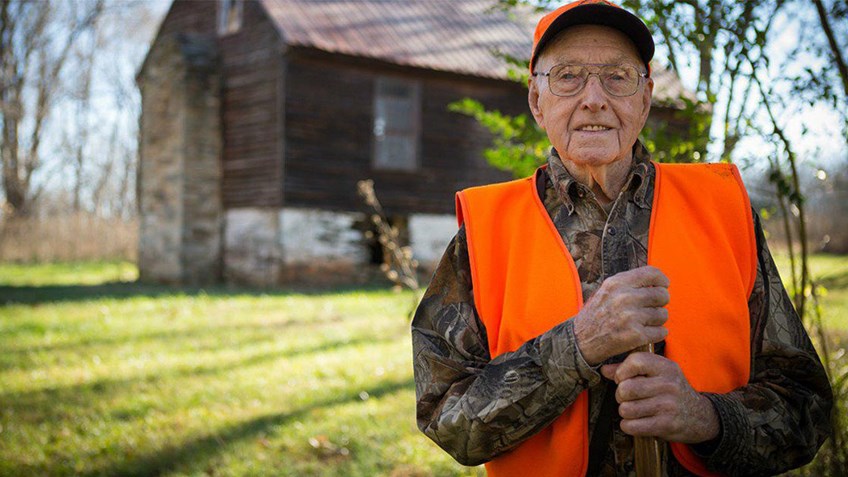 Hunting, it’s a lifestyle treasured by many – women, men and children, people from all walks of life. It's a tradition many pick-up from a young age as something shared with them by a close relative or friend, but that's not that case for Clyde Roberts.

At the age of 103, Roberts is credited as the country’s oldest active hunter in the country. The Bedford County, Virginia native got his start nearly 40 years ago when his son Mike gave him a rifle following his retirement. An incentive to encourage him to try the sport. 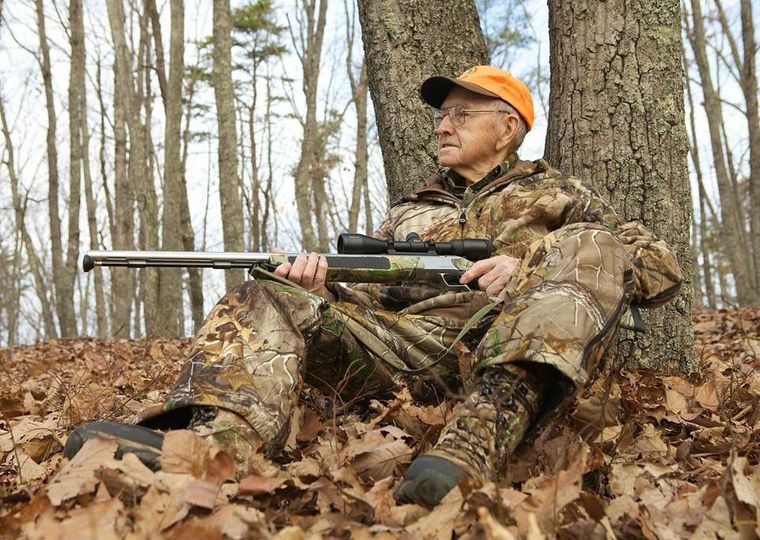 “I bought him that rifle when he retired to keep him busy,” Mike explains.

That rifle quickly went from hobby to a deep passion for Clyde and he shows no sign of slowing down.

One afternoon in early November, Clyde took to the woods as he does each fall. On this particular day, he brought his granddaughter Christin along with him. Together they sat in the tree stand waiting for the perfect moment to arrive. During that time, the two simply enjoyed each others company, soaking in the peacefulness of the woods, and more importantly, taking in the time spent together doing what they both loved.

In their first hour and a half, they spotted a few doe. But then, the buck they had been waiting for appeared before them. They waited as the buck continued to draw closer with excitement and anticipation building. At about 100 yards out, Clyde fired his muzzleloader. 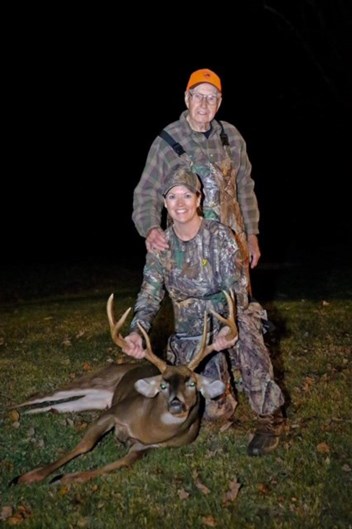 He came out of the woods that day with an incredible feat, claiming a 200lb 8-point buck, the largest of his hunting career according to the Virginia Department of Game and Inland Fisheries.

“Papa likes to tell everyone that I got so excited,” says Christin. “Not only had I been able to hunt with my 103-year-old grandfather, but I had witnessed him take the biggest buck of his life. Most importantly I had the hunt of my lifetime with him! It was one of the most awe-inspiring moments of my hunting career. I will never forget it.”

Clyde is a true example that good things come to those who wait. He is described as a simple man and devote Christian who believes the secret to life is “hard work and living for the Lord.”

This story shows that it is never too late to enjoy the outdoor lifestyle. Find your passion and pursue it. After all, age is really just a number.