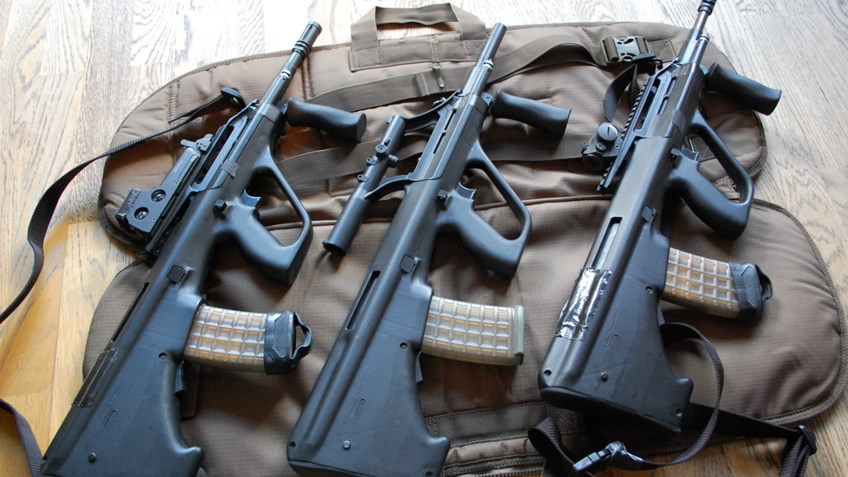 While the AR-15 may be America’s favorite rifle, there are certainly other options on the market for shooters looking for something a little different. Among the more unique sporting rifles available is the Austrian Steyr AUG, a rifle introduced in 1977 that has turned heads with its futuristic design and bullpup action.

The AUG, an acronym for Armee Universal Gewehr, or Universal Army Rifle, went into development in the late 1960s and was fielded as the StG 77 in 1977 to replace the StG 58, an FN FAL-licensed battle rifle used by the Austrian Army.

In addition to its sweeping lines and space-age aesthetics, the AUG provided a variety of ergonomic and performance upgrades to users, and became renowned for its reliability, ergonomics and accuracy.

First, the rifle features a bullpup design, which places the action of the firearm behind the trigger group. This configuration allows for a shorter overall rifle while maintaining barrel length. This setup retains the accuracy of a longer barrel while creating a more maneuverable and lighter firearm. For comparison, the modern AUG A3 M1’s overall length is just 28.15 inches including its 16-inch heavy barrel, which is eight inches shorter than an AR-15 carbine with a barrel of the same length,

The rifle boasts a short-stroke gas piston system, chambered for the 5.56x45 NATO round most U.S. shooters are familiar with due to its association with the AR-15. The AUG runs cleaner than a direct-impingement rifle because all of the operational exhaust gas is vented out of the front of the rifle, not back into the chamber.

Rather than using handguards shrouding the barrel to control the front of the gun, the rifle features an integral vertical foregrip. The first AUG models boasted a built-in telescopic 1.5X sight as the primary sighting equipment, with back-up iron sights built into the top of the housing for emergency use. The telescopic sight was designed to be calibrated for use at 300 meters, or little more than 325 yards. 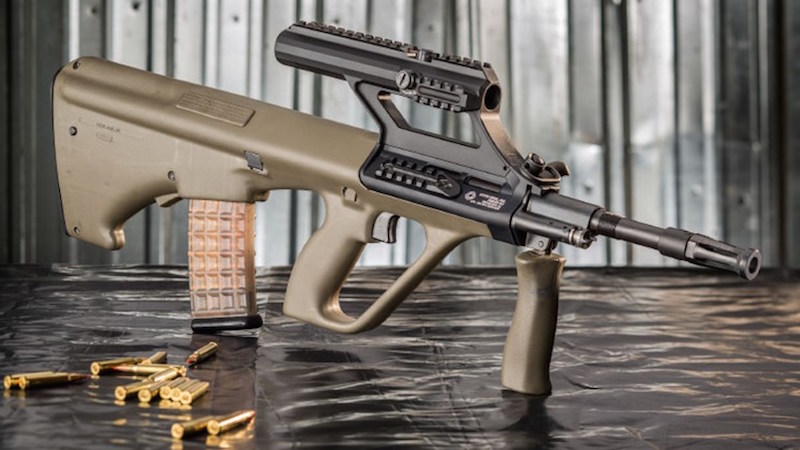 The trigger is housed inside a cutlass-style pistol grip, part of a larger trigger pack contained within the lower assembly. Because of the bullpup setup, the magazine well is behind the trigger as well, built into the stock of the rifle. The firearm feeds from translucent polymer box magazines, with 30 rounds being the standard capacity.

Besides ergonomics and accuracy, the firearm features a revolutionary design that permits simple takedown of the firearm for cleaning and maintenance. Using durable polymers, fiberglass and advanced alloys, the AUG is lighter and stronger than many conventional rifles. The bullpup also uses a modular, quick-change barrel assembly, allowing the use to swiftly remove the barrel and replace it with a different one to fill multiple roles.

The AUG also provides users with ambidextrous operation. Left-handed shooters can replace the standard bolt with a left-ejecting bolt, then switch the ejection port cover to the left side of the rifle. 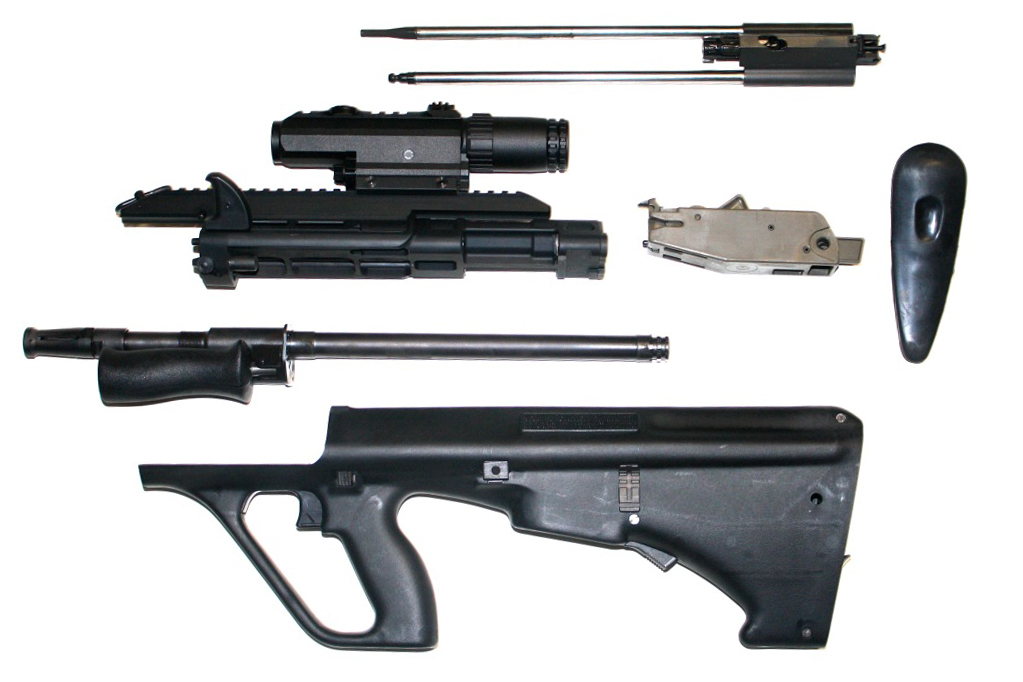 The rifle received a major update in 1997 in the AUG A2, when the fixed sighting system was replaced with a Picatinny-style rail and detachable scope, giving much more flexibility in what sights or optics can be used. In 2005, the AUG A3 added four Picatinny-style rails and shed the integrated sight altogether, instead using a railed flat-top for use with any sights, optic or scope.

Today, the AUG is available in a commercial, semi-automatic version for civilian use, and comes in black, green, mud brown and white colors. The standard version uses genuine Steyr AUG magazines, and a NATO version accepts STANAG AR-15 magazines. The company also offers a conversion kit to switch traditional AUGs to use AR-15 magazines.

It may not be for everyone, and with an MSRP north of $2,000, some may seek more affordable rifles, but the Steyr AUG is a firearm built years before its time, as witnessed by the few updates needed since its introduction nearly 40 years ago. As reliable and user-friendly as any semi-automatic rifle can get, the Austrian engineering marvel provides an alternative to the same-old "black rifle" for U.S. gun owners. 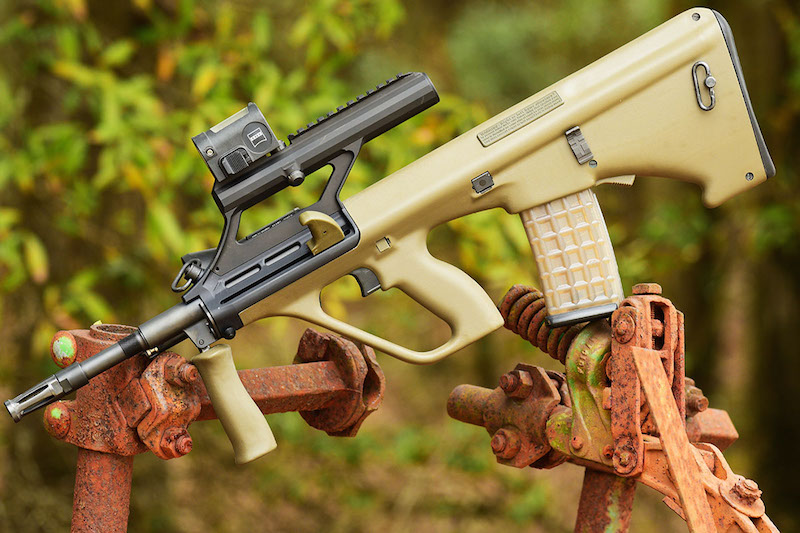