Suppressors: How They Work 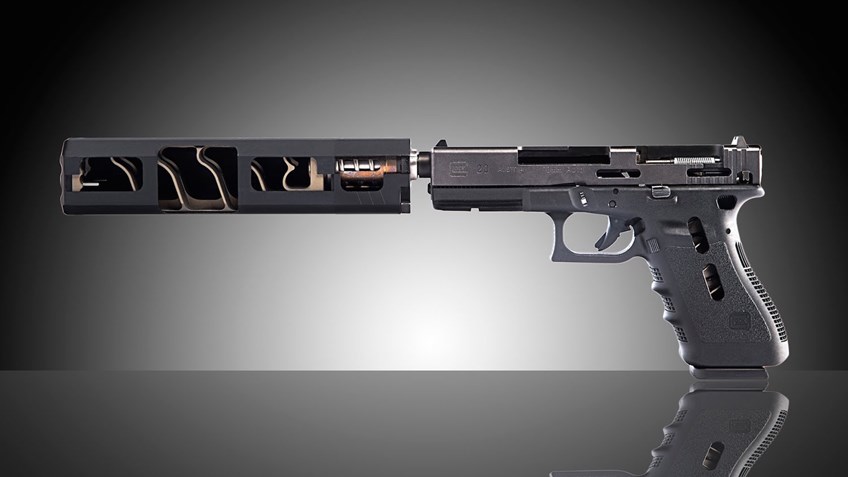 Suppressors are devices that, when attached to or integrated into a firearm, reduce the amount of noise and muzzle flash produced when the gun is fired. Most people familiar with firearms have seen some variant of a suppressor, usually a tubular device affixed to the barrel of a firearm.

We know that suppressors work – as evidenced here, here and here – but it makes us wonder, how? How could a tube of metal manage to quiet down the sound of a gunshot?

Science and engineering working together, of course!

We know that guns make a variety of sounds when fired, the most pronounced being the loud “boom” that occurs when the projectile exits the barrel. This is due to the rapidly expanding propellant gases that power the bullet forward out of the barrel from the chamber. That instant pressure and temperature change creates the explosive sound, not to mention the bright, fiery flash of light from the muzzle as the bullet leaves the bore.

Think of a time you might have opened a bottle of champagne. Immense pressure from the contents collects beneath the cork. When you remove the cork, you’re likely to hear a distinct “pop,” a result of that backed-up pressure being released at once, usually propelling the cork quickly out of the bottle. This is the same concept that applies when expanding gases exit the muzzle of a firearm.

The inside of a suppressor most commonly will have two sound-reducing parts: first, an expansion chamber near the barrel will cause the gases to expand and lose some energy, and second, the aforementioned baffles, which are essentially small barriers with holes in them that allow the projectile to safely pass through the suppressor while deflecting and slowing the expansion of the gases.

The suppressor internals are precision-engineered to accommodate particular calibers and applications. The number, construction, and geometry of the baffles and chambers vary to suit the application of a particular suppressor. 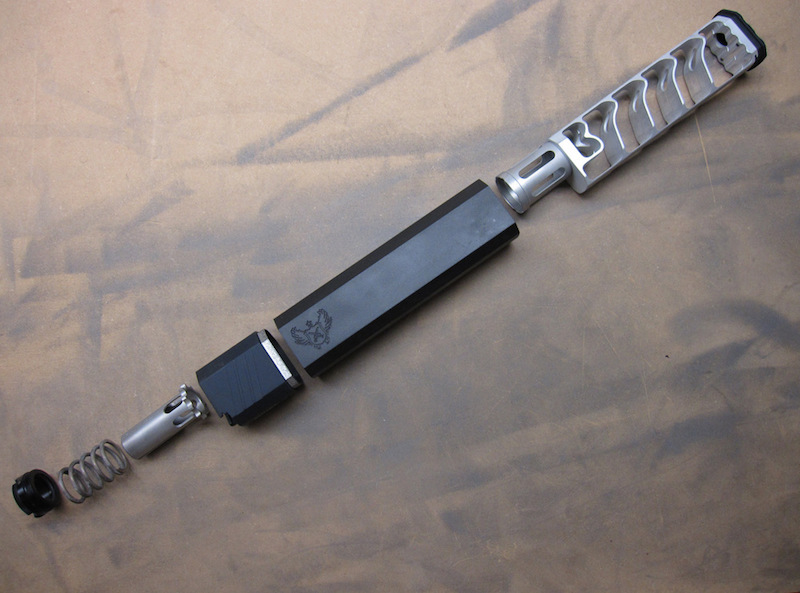 Some modern suppressor manufacturers have implemented advances in technology by creating suppressors that only use baffles, while others boast only an expansion chamber. Computer-aided design and CNC machinery have fostered the development of the monolithic core suppressor. In "monocore" suppressors, the internal support structure and baffles are milled from a single piece of metal that can be easily removed from the tube for cleaning (especially important for rimfire suppressors).

The reduction in noise is made possible because the suppressor’s chambers give gases a larger, contained space to dissipate and cool before exiting the firearm. Suppressors have massive volumes compared to the tight tolerances of gun barrels, typically 20 to 30 times greater.

With all that room to fill, the pressurized gas that follows the bullet expands into the chambers, which dramatically decreases the pressure. As a result, when the bullet finally exits the suppressor, the lower pressure significantly softens the report of the shot. This quieted report is clearly easier on the ears, and can help suppressor users maintain advantages while hunting or shooting recreationally. 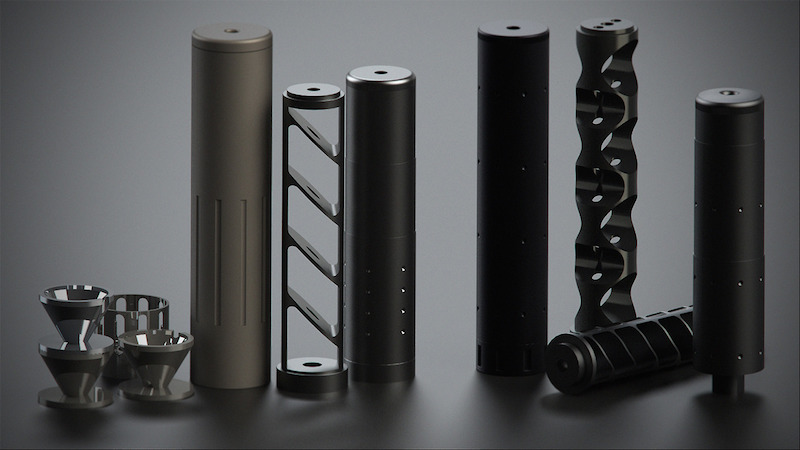 Additionally, the reduction in pressure eliminates a great deal of the bright muzzle blast, which is due to the remaining unburned powder combusting and mixing with ambient air. The baffle chambers of the suppressor capture much of that unburned powder too, reducing the intensity of the muzzle flash. Lastly, capturing a good deal of that pressure in a suppressor helps reduce muzzle rise and felt recoil because the gases "push" forward on each baffle in the opposite direction of recoil.

It's important to remember that suppressors, true to their moniker, suppress the report of a firearm rather than entirely eliminate it. Users must be sure to evaluate their particular firearm, ammunition and suppressor combination to determine if additional hearing protection is appropriate.