What I Learned From Becoming An Olympian 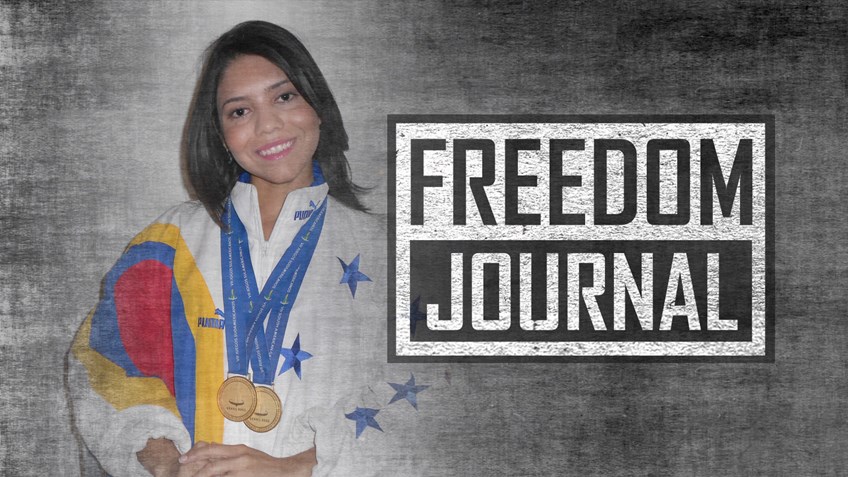 More
SUBSCRIBE
Have you ever thought about it takes to be a competitive shooter at the Olympic level? If you’ve seen videos or watched it on TV, you’ll probably say, “Oh that’s easy,” or “Oh, I can do that!” But the truth is, you probably have no idea. The grueling hours spent, the early mornings, the late nights, the pain endured from the continuous repetition of the same drill…it no longer becomes about physical strength, it becomes about mental strength. The demand, the dedication, the effort, the training required to be the best of the best is no different for any athlete. Olympian Gabby Franco takes us through her journey to the 2000 Olympic Games and reveals some important lessons learned from the experience:


Every four years the world celebrates the inauguration of the Olympic Games. With more than 11,000 athletes competing in 28 different sports and 306 sets of medals, the 2016 Summer Olympics in Brazil captured the attention of millions of people around the world, including my own.

The best of the best compete at the Olympic Games, including those who practice the sport I love the most: Shooting.

The shooting sports has been an Olympic sport for more than 100 years. Since it began in 1896, athletes from over 140 countries have competed to be known as the best shooters in the world.

Being an Olympian has been one of the greatest achievements in my life. Dedication, passion, tears and pain were part of my road to the Olympic Games in Sidney 2000. My coach was Otar Kvirikashvili from the Republic of Georgia who was simultaneously great and tough. I would train with him for four to six hours every day, and each training was more demanding than the one prior. My shoulders would be swollen for days from lifting the pistol hundreds of times each day. I also cried when my mind battled between pain and my determination to finish the exercises. I was dedicated. I was passionate about shooting at the Olympics. And with each training, I was learning that hard work is the only thing that would put me closer to achieve my goals. Little did I know that what I was learning was perhaps a preparation for my future in the real world.

I didn’t win a medal at the 2000 Summer Olympics in Sydney, Australia. I didn’t even make it to the finals. I felt disappointed and sad because I didn’t shoot as well as I could have. The truth is that my nerves got the best of me.... the spectators could probably hear my heart beating from their seats.

I was shooting behind Tao Luna, a World Champion from China. During our preparation time, she looked at me and smiled relaxed and content. She looked as if to her this was another day at the range. She ended up shooting 390 points out of the possible 400 and shot 99.8 out of the max 100 points during finals. Meanwhile, I finished in 37th place. That day, Tao Luna became an Olympic Gold medalist and person I've admired for years.

In 2002, I finished my Olympic career as part of the Venezuelan shooting team with three gold medals at the South American Games in Resende, Brazil. During the competitions I felt relaxed and content. It was another day at the range for me. It was another day doing what I love to do: Shooting.

The fact that I didn’t place or shoot my best at the Olympics never discouraged me to keep working and striving to be better. My Olympic experience showed me that dreams can come true, that true reward only comes after hard work and that giving up is NEVER an option.


Gabriela "Gabby" Franco grew up in Venezuela and began shooting when she was 11 years old. Five years later,s he became part of the Venezuelan Olympic Team and won her first International Silver Medal at the Bolivarian Games in Peru in 1997. She moved to the United States in 2002 shortly after her last match in Brazil where she won three gold medals. Currently, Gabby is firearms training instructor and an active competitor in USPSA.
IN THIS ARTICLE
Freedom Journal Gabby Franco Olympic Olympic Shooting Competitive Shooting
More
SUBSCRIBE