Your Guide to Olympic Shooting 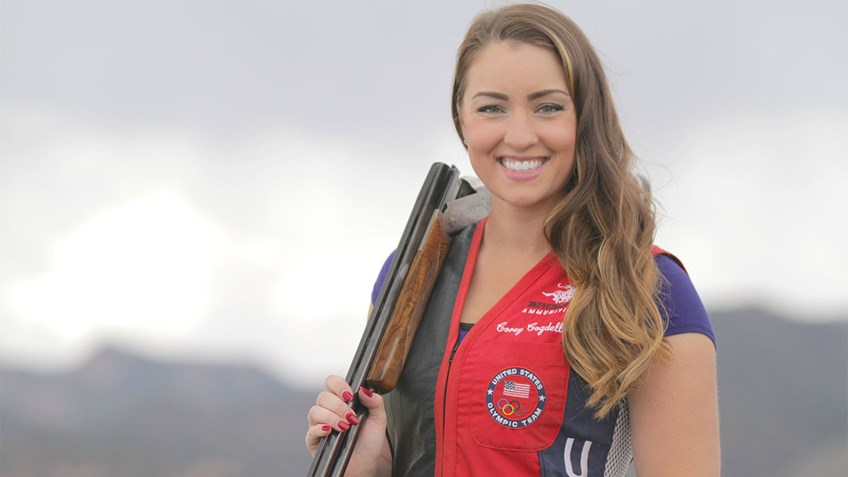 Sure, there are the widely popular, televised sports like track, swimming, and gymnastics. But we all know, as gun enthusiasts, we’ll be eagerly watching USA’s Shooting Team.

The difference between the shooting sports and other sports is the mental and psychological skills required in comparison to physical strength. Shooting is a test of accuracy and control. Competitions have been won and lost by millimeters!


Olympic Shooting was first seen at the first Olympic Games in 1896, Athens. There were only 39 competitors, representing seven different nations, who competed in a total of five events - three pistol and two high-power rifle. In just the second Olympic Games, the number of competitors grew to 139, representing 13 nations, and the number of events increased to three pistol, five rifle, two clay target and one running target.

In 2004, the number of participants in Olympic shooting reached a record - 390 athletes representing 106 countries. The 2012 Olympic Games in London beat that record with 390 athletes from 108 nations.

In 2016, 390 athletes from 97 nations have qualified to compete in the Rio Olympic games.


Since the introduction of the shooting sports to the Olympics in the first Olympic Games in 1896, the number of events fluctuated. It wasn't until 2004 when the Olympic program finalized 15 events and it has been consistent ever since.

There are three disciplines for the sport, which include rifle, pistol and shotgun.

Each discipline has five events, with nine events for men and six events for women.

Every event consists of a qualification and a final round. All athletes compete in the qualification round, but only the top six or eight athletes, depending on which event it is, move on to the final round. Some events include a semi-final round prior to the medal match. The winner is determined by the athlete who totalizes the highest overall score. Any ties are broken by shoot-offs.

Fun Fact: In Melbourne 1956 Games, Canada's Gerald Ouellete earned a perfect score of 600 in the prone rifle event - that means he hit 60 bullseyes in a row!


Many may not understand the demands for Olympic Shooting athletes. The sport does not require as much physical strength as others, but it does demand intellectual and psychological skill.

Shooting is a true test of accuracy.

Athletes train throughout the year and typically spend hours at the range. Read more about how Corey Cogdell trained for her spot at the Rio 2016 Olympics.

Athletes in Rio 2016 Olympic Shooting range from age 16 to 55. The youngest athlete, 16-year old Jones Aislin hails from Australia. She will be competing in the Women's Skeet event. The oldest athlete, at age 55, is Reichardt Paula Bernardo from Paraguay, who will compete in Men's Double Trap event. Majority of those participating in Olympic Shooting are somewhere between age 26 and 40.

Swede Oscar Swahn is the oldest Olympic medallist winner in history. He was 72 when he won the silver medal at the Antwerp 1920 Olympic Games.

While most of us will be cheering for the home team, Team USA, there are 96 other nations being represented.

Team USA is made up of 20 athletes competing in 14 of the 15 events. Team members Carl Osburn and Kim Rhode currently hold the record for top medals; countries like Sweden, Norway, Russia and Bulgaria also rank in the top for most medals in Olympic Shooting.

But all eyes will be on Kim Rhode, five-time Olympic medal winner, who broke the Skeet Olympic Record and equalled the World Record at the 2012 Olympics in London. She is also the only USA athlete to win medals in five consecutive olympic games.

The shooting events will run from Saturday, August 6 until Sunday August 14th.

Read up on Team USA and check out the schedule of events provided by Shooting Sports USA.

Click here to view the channels and times certain shooting events will be aired or stream all the events online.