Just How Large Was The First Laser Sight? 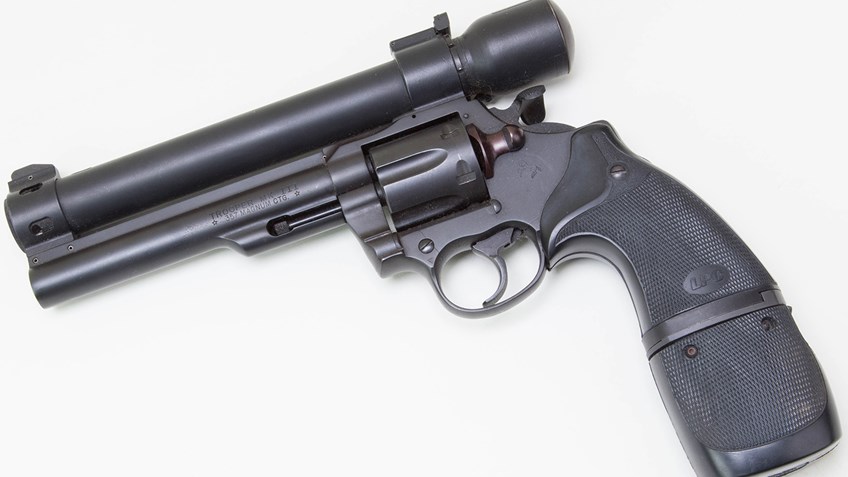 More
SUBSCRIBE
Firearm laser sights weren't always so compact. Laser Products Corporation brought the first one to market in 1979 and it came bundled with a .357 Magnum Colt Trooper.

Called the LPC Model 7, the revolver was included because the massive helium-neon gas laser sight's equally large battery was custom built into the gun's extended Pachmayr grip. Because of this integration you couldn't even use the sight with your own gun if you wanted to.

The LPC Model 7 was sold to SWAT and special forces units and its popularity lead Laser Products Corporation to start making sights for other firearms employed by military and law enforcement such as the Colt M16, Remington 870, H&K MP5, and Ruger Mini-14. When a Hollywood prop master took notice of the laser sights on LAPD shotguns during the 1984 Summer Olympics, he contracted Laser Products Corporation to fit a sight on a .45 Longslide for an upcoming film called The Terminator starring a little-known actor named Arnold Schwarzenegger.

And from there the rest is history. The market for laser sights continued to blossom and Laser Products Corporation eventually became SureFire, producing all manner of tactical illumination tools. As for the sight that started it all? You won't find anyone seriously using the LPC Model 7 nowadays, but one does reside in the NRA National Firearms Museum, recognized for its historic and influential role in firearms technology.

We wouldn't blame you for confusing the LPC Model 7's sight for a second barrel, but remember to be kind. As with all technology, we'll likely consider today's laser sights to be comically large in 20 years too.
IN THIS ARTICLE
NRA Museums
More
SUBSCRIBE