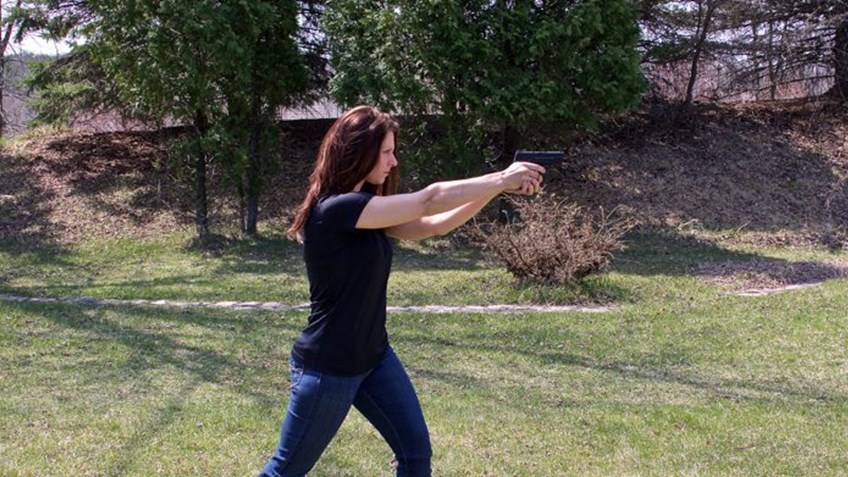 More
SUBSCRIBE
We are back again with Jenn Jacques, our passionate and outdoorsy Wisconsian. A Second Amendment and CCW advocate who writes for BearingArms. If you missed Part 1 - Check it out, but today we get to talk about her love of writing about guns, guns, and keeping her guns!

1. You have your own blog, you have helped start many other blogs regarding firearms, the second amendment and various other gun related topics, what made you start writing?


After attending SHOT Show in 2012, I noticed the need for a different perspective on current events pertaining to the Second Amendment and gun rights issues. On the one hand, you have avid shooters, instructors, and firearms dealers. On the other, you have new gun owners, novice shooters, and a large segment of people simply interested in protecting our Second Amendment rights. I’m a voice in-between and that seems to resonate with a large group of people, especially now with gun sales and concealed carry permits applications soaring!

2. Why do you consider yourself the voice in-between? Would you not consider yourself to be one of the avid shooters or wise enough as a could-be-an-instructor-if-you-wanted-to-knowledge-person?
LOL! Well, I could be an instructor if I wanted to be one, but there really is a need for people with whom new gun owners, especially women, can relate to in order to acclimate themselves into the sport. It would be a shame if someone I met did not arm him or herself because they didn’t know how to get started as a gun owner or shooter. Cam Edwards once described me as a “Great Ambassador of the Second Amendment” That’s my humble calling at this time and it’s really been an honor to usher in new shooters! 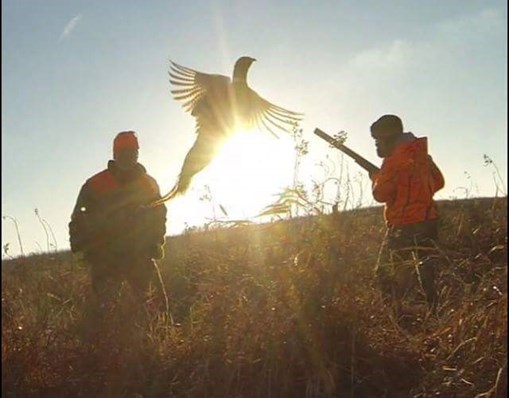 3. With all of your background and extended learning and knowledge why have you chosen not to be a firearms instructor? And do you think there is a need for more people (women) like you?
I get this question a lot and I try to explain to people that I’m comfortable just staying in my lane, so to speak. I understand how completely overwhelming it is to become a gun owner, as I myself have only started to carry and actively step out on my own in that regard in the past 5 years. Even though I was raised in that environment, I found it difficult to ‘fit in’ at local ranges and awkward to connect with fellow gun owners, who assumed I would know everything there was to know about guns and gun laws. Especially for women, that can be very intimidating! I had only ever shot with my Dad and after becoming comfortable on my own, I vowed to be a sort of ‘one-woman welcoming committee’ to new gun owners. I’m very educated on CC laws and best practices, but I try to hit them with things they will understand as a first time gun owner. I’m in that sweet spot where I can still relate to new owners and successfully usher them into this area to connect them with instructors without being too much of one or the other. Not that I couldn’t be an instructor, but I believe that my personality and outreach to new gun owners is much better utilized in this capacity

4. Even as an advocate - Do you think you will be the one to teach your kids about firearms safety?
I have been teaching my kids about firearms and gun safety since they were little! Because my kids have never been shielded from guns, they aren’t scared of them and know what to do when they’re around them. I have a 17 year old son who loves to shoot and is (almost) as good as his mama, an 11 year old daughter who can’t wait to get out and hunt with us, and an 8 year old daughter who really has no interest in any of it. In all three cases though, they know about firearms, gun safety, and we speak openly about gun rights, why we are supporters of the Second Amendment, and exactly why I carry every day for self-defense and protection of my family. 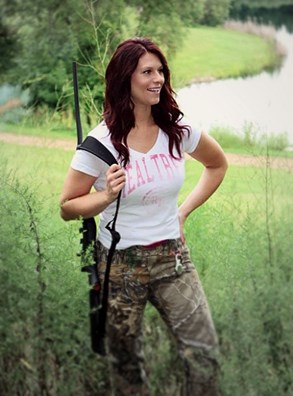 5. In your article “Just Anther Everywomen for Gun Rights” you said –
“I know gun grabber’s stereotypes of gun owners would be destroyed because I have personally witnessed it. I don’t wear a badge that says “Bearing Arms Writer” or have a “Gun Owner” tiara, people I meet face-to-face only see ‘Lady McWoman Pants’ until I start talking to let them know who I am. I take advantage of telling everyone I have the opportunity to talk to that I do carry, that I am a regular person just like them, living in our community but willing to go above and beyond to protect myself and people around me.”

Personally, I think it’s the fear of the unknown. You never know how people are going to react to the subject, so it can be intimidating to broach the subject with people you come in frequent contact with. The good news is; the more you do it, the easier it gets! In order to dispel the ignorant stereotypes of gun owners in the media, we need to stand up to them by showing people exactly who gun owners really are. I think more people are becoming outspoken and that’s one good thing to have come out of the current political debate on guns, but we do need more gun owners to stand up and make the commitment to be a positive spokesperson for responsible gun owners in their communities.

Stick around for the Final Part of our Series on Jenn Jacques and learn about how she keeps her family centered along with her deep passion for American's right to bear arms.
You guessed it, we saved the best for last!