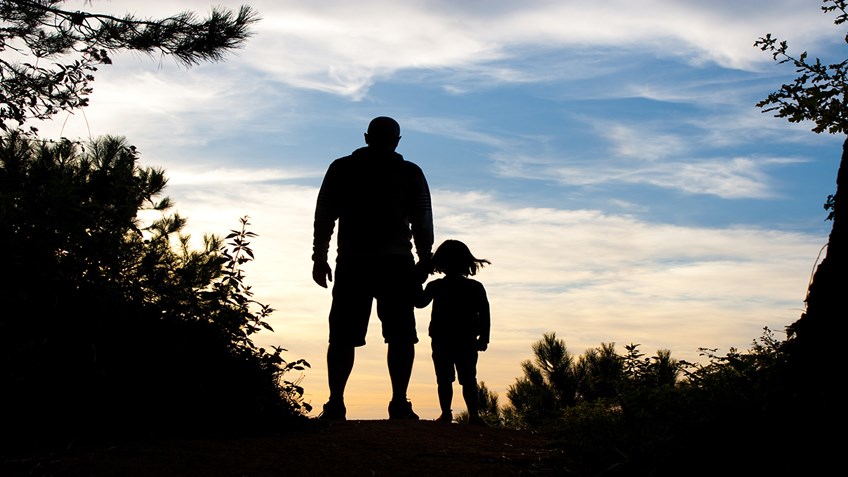 More
SUBSCRIBE
Originally posted on The Powderhook Blog and reprinted with permission.

Life with three kids and a new business can be pretty busy. So, you can imagine my excitement when I found yesterday there was nothing on the family calendar and I was going to be able to leave work in time to make it out to my favorite dove hunting spot. Time to take advantage of one of the best parts of living in a place like Lincoln; you’re never more than 15 minutes from a dirt road!

As I worked my way through the day, a thought hit me. Today would be the perfect day to take Reagan, my four year-old daughter, on her first hunt! The weather was right, there wasn’t going to be a big group and she didn’t have any plans.

"Watching her trample fearlessly through the grass made me realize that we teach our little girls to be afraid of things like bugs. They aren’t naturally all that caught-up in how “yucky” things are." 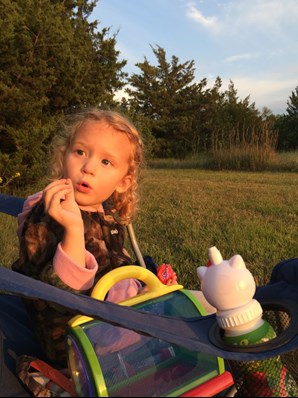 I’m always excited to get outdoors, something I think I come by naturally. In fact, almost every year my Dad says something to me along the lines of,

Having now hunted for the first time with Reagan, I’m witness to a new level of excitement. Maybe that was the simple joy of a little girl and her Daddy spending time doing something together. But, I think there was more to it.

Here’s a glimpse into our evening together. I hope you’ll use it as a reason to take the young people in your life out with you next time you go... 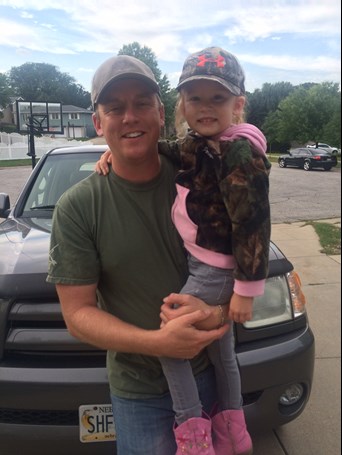 Next, we had to make our ceremonial stop at the gas station. Is it even possible to start a hunting trip without it? 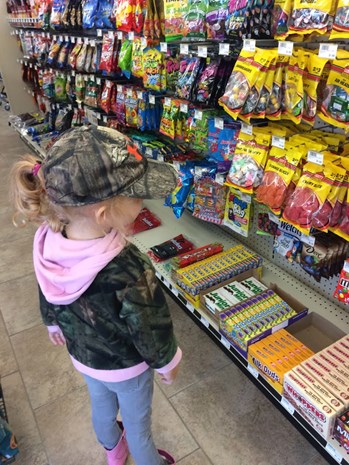 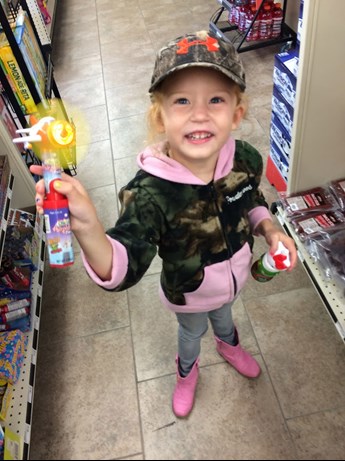 On our way out to the spot we found some teal on the pond. Reagan used her “binocliers” to “make them look huge.” Right at about this point I realized how awesome this night might get. 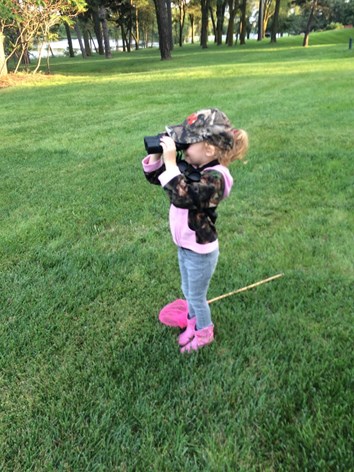 We caught grasshoppers and butterflies until the doves started to fly overhead. Watching her trample fearlessly through the grass made me realize that we teach our little girls to be afraid of things like bugs. They aren’t naturally all that caught-up in how “yucky” things are. Note to self: Don’t teach her to be afraid of singing in public, dancing her butt off at weddings, speaking her mind, or talking in front of groups of people, either. 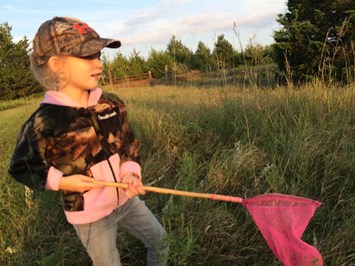 We had a little safety lesson. She learned never to play with real guns and to never ever point a gun at people, even the fake ones. And, she learned that guns are safe if we’re safe with them and they’re dangerous if we don’t follow the rules. She said, “okay, Dad” as if depositing those little morsels into her long-term memory bank. 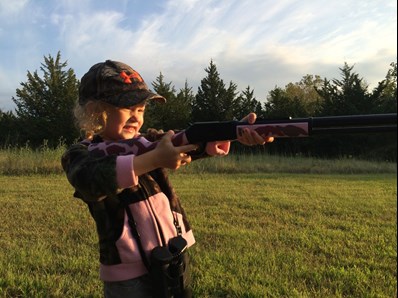 Next, I got to learn about all kinds of important things. Like, how bugs probably don’t like candy and how Mom doesn’t always need flowers, but we might need to pick her some anyways. 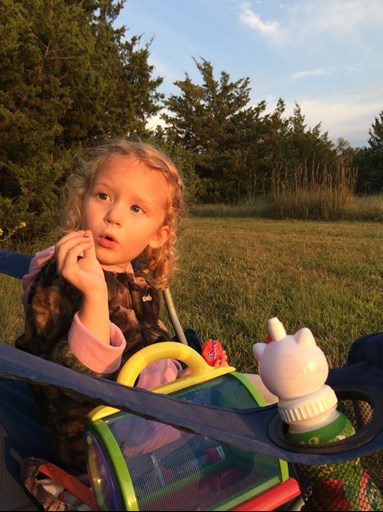 As the shadows got long, the doves started flying. She was ready. 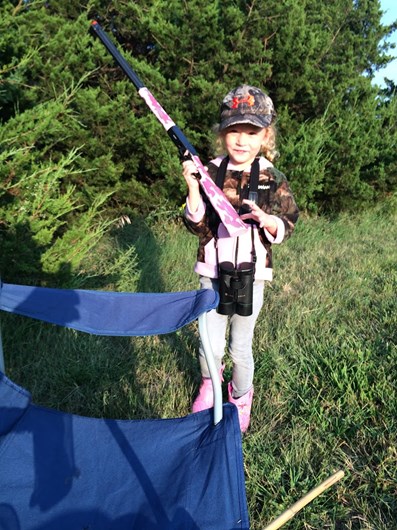 When the first dove hit the ground, she took off after it. It will never cease to amaze me how a little girl who wears Disney Princess gear 24×7 can toss on her jeans and mix it up with the best of them. With no hesitation, she grabbed the dove by the foot and proudly showed me she wasn’t afraid. It was then that she noticed the blood. I feared this moment, because I knew she would ask. “What’s wrong with his head… does he have a headache?” Ready, I answered, “no, honey, he’s dead.” In stride, she said, “well then we’ll take him home and we can eat him, right?” Right. We’d talked about this topic many times while fishing, but she had already made the correlation to hunting. The things we eat were once alive. They have to die in order for us to live. Simple, I guess. 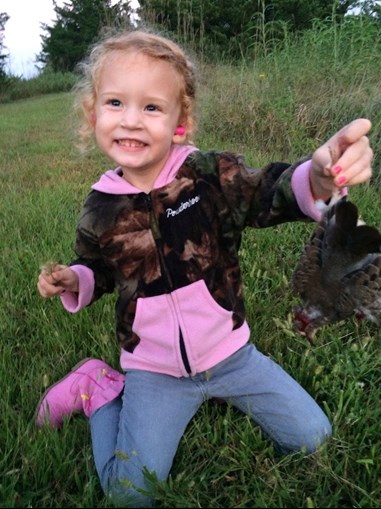 It’s hard for me to think of a time when she was happier to be with me. Not only was it the one-on-one time all little kids love, but I think she was genuinely interested in learning about hunting. She told me I was just like her teacher. That’s high praise from a pre-schooler.... From her frenzied 25-minute recounting of the story to her Mom on the phone to the unbridled joy on her face, she had made my night so special. 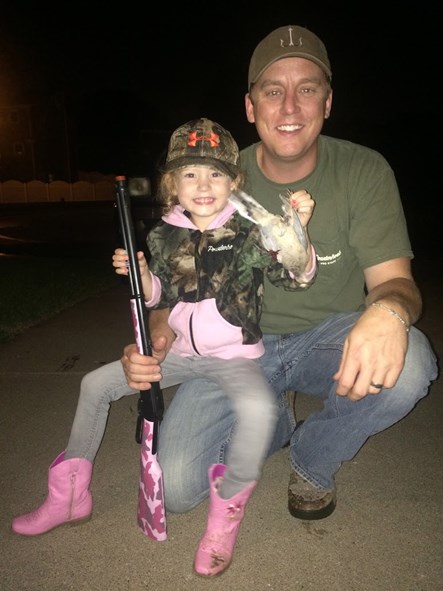 To learn more about Eric Dinger, co-founder of Powderhook, watch his exclusive interview with NRA All Access here!


Have stories or pictures of hunting with your kids? We'd love to hear and see them! Share them with us below...