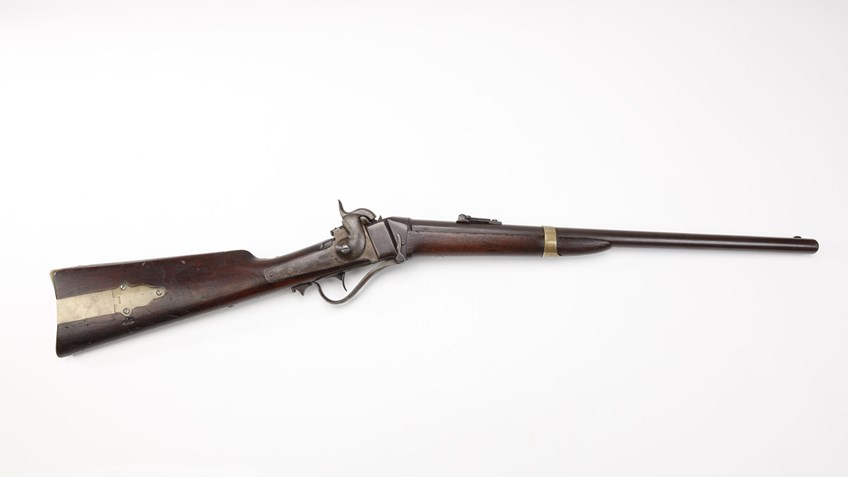 Brown was an anti-slavery settler who clashed with pro-slavery "Border Ruffians" in Kansas as pre-Civil War tensions grew throughout the United States in the 1850s. New England abolitionists, eager to arm Free Soil settlers, sent more than 900 Sharps Carbines to "Bleeding Kansas" in crates marked BIBLES to help influence the outcome. These Model 1853 Carbines came to be known as "Beecher's Bibles" for the abolitionist preacher Henry Ward Beecher.

A number of Beecher's Bibles found their way into Brown's hands and brought to Harpers Ferry, where they were confiscated by the government after the unsuccessful raid.

As luck would have it, one of these incredibly historic rifles is on display at the NRA National Firearms Museum in Fairfax, Virginia, and is the subject of tonight's Curator's Corner on NRA News.

If you want to hear the full story, you can catch it tonight on Cam & Co. on SiriusXM, iHeartRadio, or watch it streaming on NRANews.com.