NRA National Firearms Museum's final donation of 2015 is a doozy 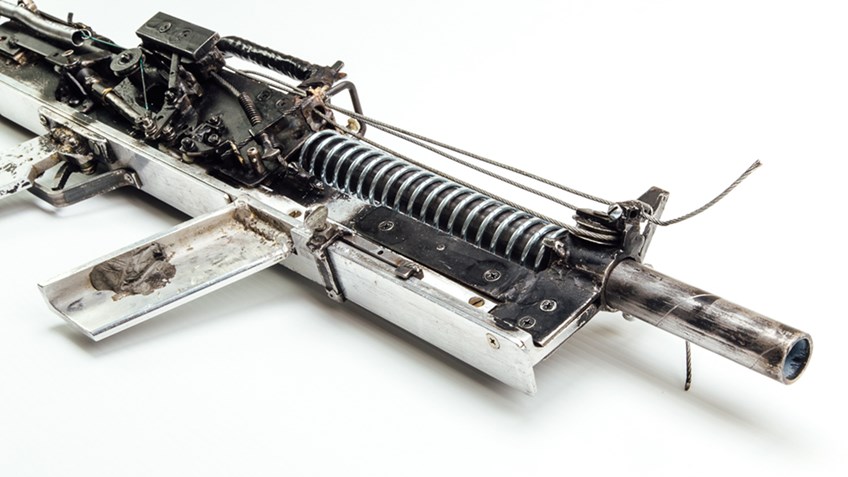 More
SUBSCRIBE
Yes, this is actually a gun. A prototype gun, but a gun nonetheless. Its creator sent it to the NRA National Firearms Museum all the way from Washington State and it has been logged into the NRA's FFL books. It also happens to be the last donation the museum received in 2015 - and what a donation it is.

Created in the 1980s and 90s, the interesting design is based around an incredible system of wires, springs, and pulleys that work to compensate recoil and ready the gun to fire successive shots without much movement. The inventor tested their concept extensively and even received two patents for the design; 5,014,595 and 5,585,590. 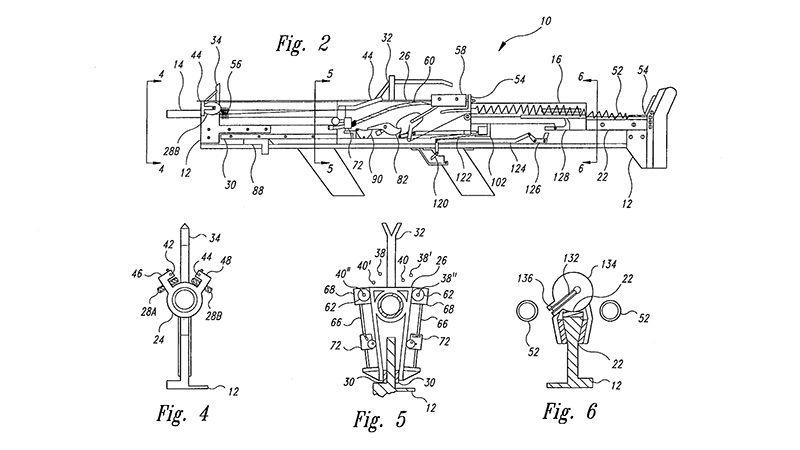 If this sounds familiar to you firearms aficionados out there, the design is very similar to the Russian AN-94, another gun with a controlled recoil system that was coincidently designed around the same time. While the AN-94 was actually brought into service, its complex design ultimately prevented it from replacing the general issue AK-74. And unlike the AN-94, which was chambered in 5.45x39mm, the prototype received by the NRA features a 12 gauge bore.

Both General Dynamics and the U.S. Army have shown interested in the concept's recoil mitigation, but nothing has materialized yet. As was the case with the AN-94, the design works, but its complexity isn't very user serviceable if a cable were to break, come off the pulley, or get obstructed. 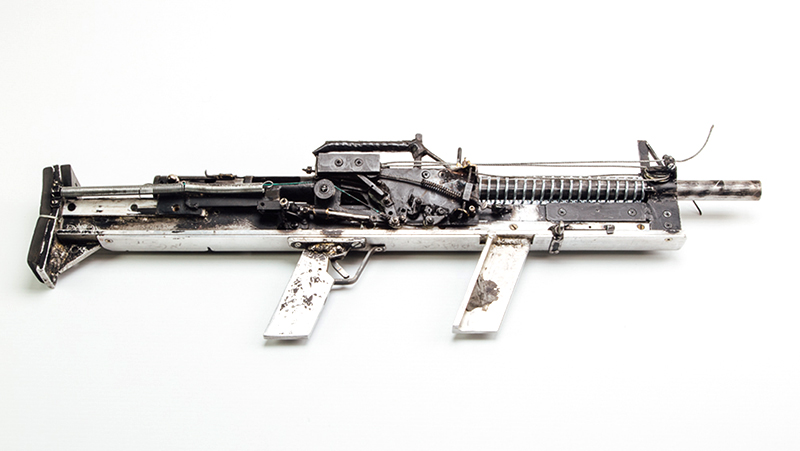 Rough mockups like this are not uncommon at all when it comes to inventing new firearms, especially pre-1900. You can see a number of concept guns with that crude, not-quite-finished look in the Remington factory collection at the NRA National Sporting Arms Museum at Bass Pro Shops in Springfield, Missouri. Even Sam Colt carved his hammer and revolver system out of wood when he was inventing and patenting his famous firearms.

This latest addition to the NRA Museums collection is a classic reminder that you never know what's going to show up next. Even for people who think they've seen it all, something like this comes along and reminds you that firearms technology is still changing. And if you want to see this fascinating piece in person, it's now on display at the NRA National Firearms Museum in Fairfax, Virginia. 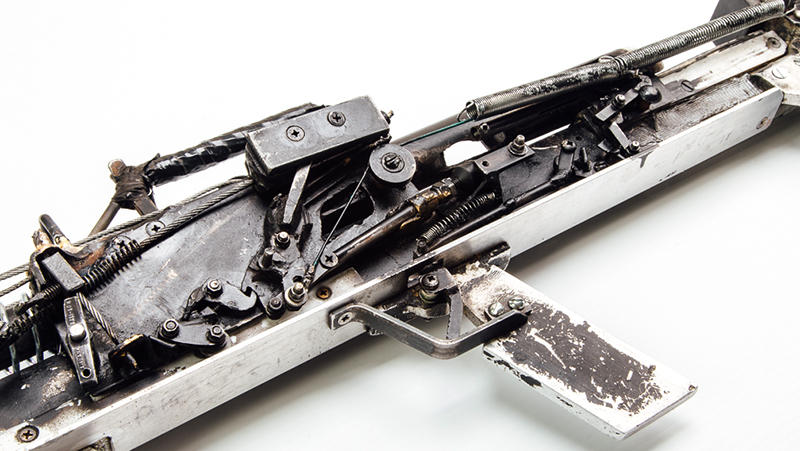