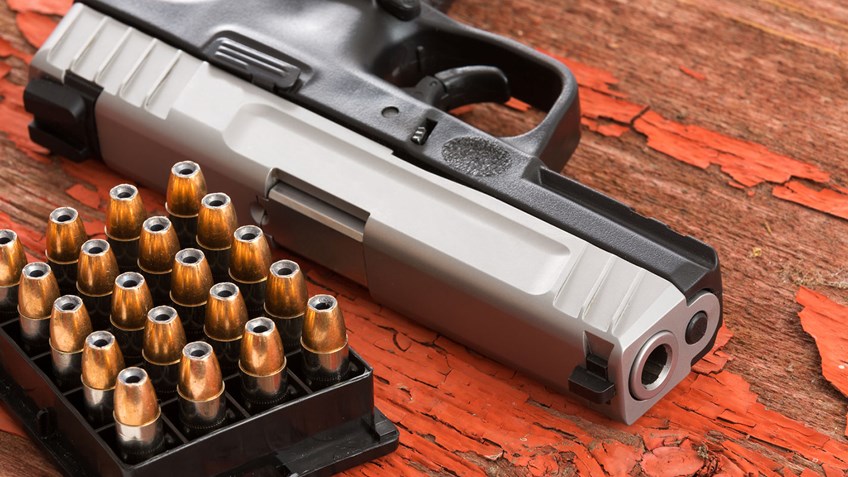 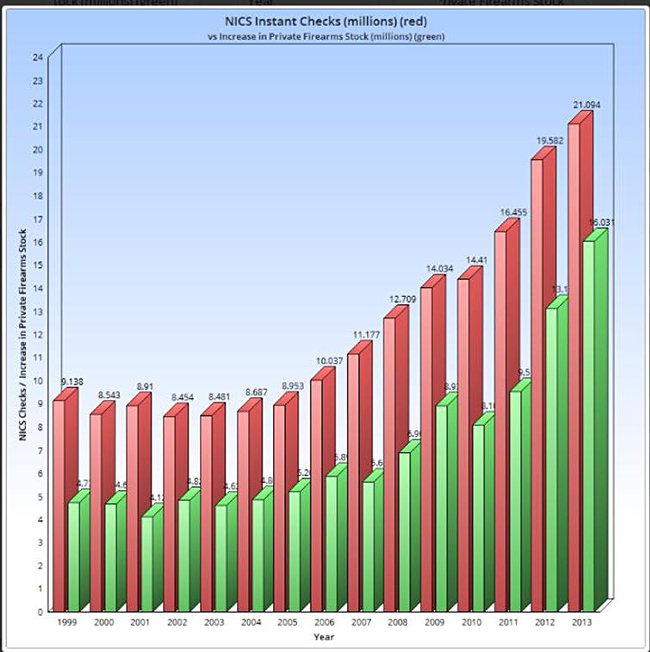 Gun sales are at record levels.  In the last six months, gun sales, as reflected by the National Instant Check system, have hit record highs for each of the six months.

It is almost certain that 2015 will be the highest year on record for private gun sales in the United States.

But when national polls ask how many households own guns, the numbers appear to be the same or dropping.  How do we reconcile this seeming contradiction?  The answer is likely in a Zogby Analytic question asked in February of 2015.

QUESTION: “If a national pollster asked you if you owned a firearm, would you determine to tell him or her the truth or would you feel it was none of their business?”

Gallup recently released a poll showing that gun ownership had declined from polls they had taken in an earlier time period. That number is inconsistent with the number of firearms that have been sold since President Obama took residency, but the difference can be answered by the Zogby Analytic question above. The poll indicates maintaining anonymity is a contributing factor

If we take the lower number, 35%, and apply it to the lowest numbers for gun ownership from a national poll, found in the General Social Survey (GSS), we see that it implies that gun ownership is up, not down.

According to the latest General Social Survey, 32 percent of Americans either own a firearm themselves or live with someone who does, which ties a record low set in 2010. That’s a significant decline since the late 1970s and early 1980s, when about half of Americans told researchers there was a gun in their household.

But that number is just from the GSS, which reports the lowest number.  Several other surveys report significantly higher numbers.   In 2014, Gallup reported household gun ownership of 42%, and the ABC News/Washington Post poll showed the household gun ownership rate at 43% in 2013.   If we use the 43% figure with the same percentage of non-responders as applied to the GSS survey above, the figure of households with a gun increases to 1.54 X 43% or 66%.

The number of privately owned guns in the United States has more than tripled since 1970.  It is on track to have quadrupled by the end of 2016. 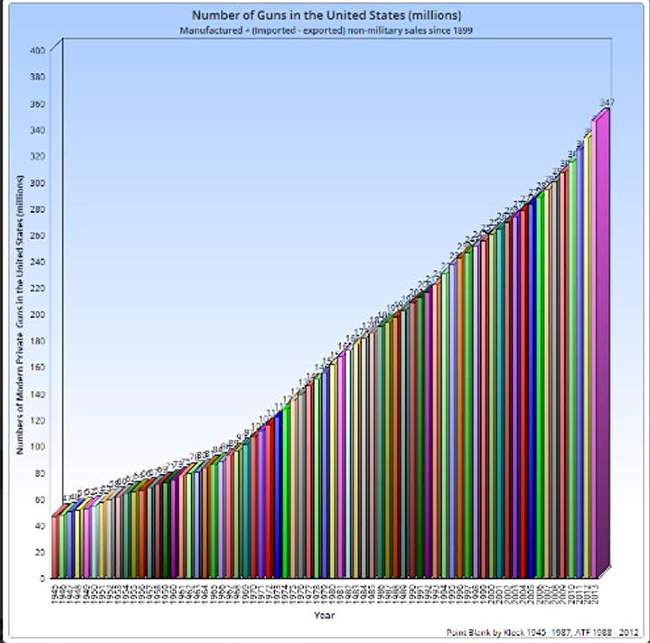 It is easy to understand why gun owners would be reluctant to report gun ownership to a stranger who is writing down the information.  Trust in the government is near all time lows.

In Massachusetts and Illinois, legal gun owners do not have the option to refuse to answer or lie to a pollster. If they want to legally own a gun, they have to put themselves in the government database. By definition, the numbers of legal gun owners in those states are reasonably accurate, and not subject to the under reporting that voluntary national polls suffer from.

What are the actual numbers of individual gun owners in the United States? The number is unknown, and is likely to stay unknown. Given the results from above, it is between one third and one half of the population, or between 100 and 160 million people. Legal gun owners are potential voters. They are not felons. It is not surprising that legislation concerning guns, gun ownership, and gun use, is a potent political issue.

c2014 by Dean Weingarten: Permission to share is granted when this notice is included. Link to Gun Watch

Dean Weingarten has been a peace officer, a military officer, was on the University of Wisconsin Pistol Team for four years, and was first certified to teach firearms safety in 1973. He taught the Arizona concealed carry course for fifteen years until the goal of constitutional carry was attained. He has degrees in meteorology and mining engineering, and recently retired from the Department of Defense after a 30 year career in Army Research, Development, Testing, and Evaluation.

It is almost certain that 2015 will be the highest year on record for private gun sales in the United States.