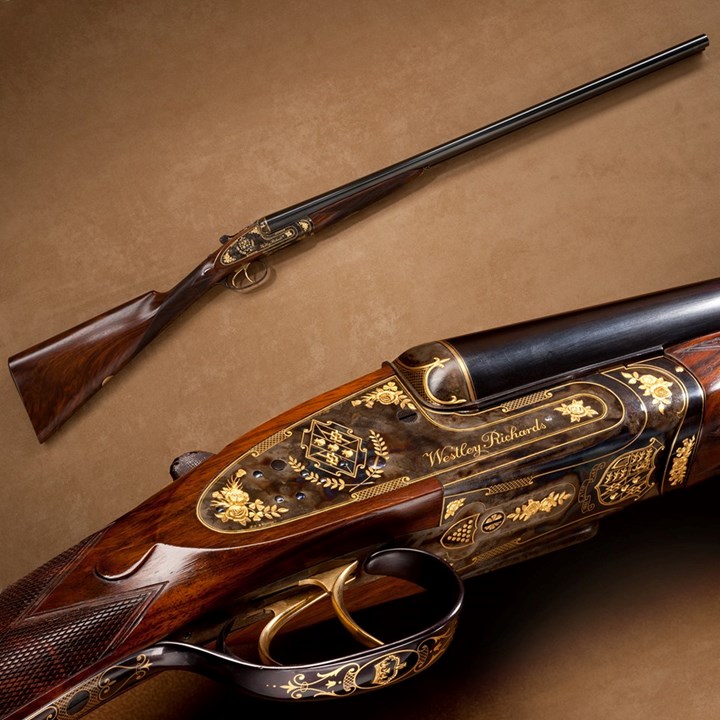 SHOW CAPTION HIDE CAPTION
This Westley Richards side-by-side 12 gauge was a wedding present for Lady Diana Spencer. Engraved by the Brown Brothers with gold crests and floral accents, the British royal seal and other heraldic emblems of the couple are included in the decoration. 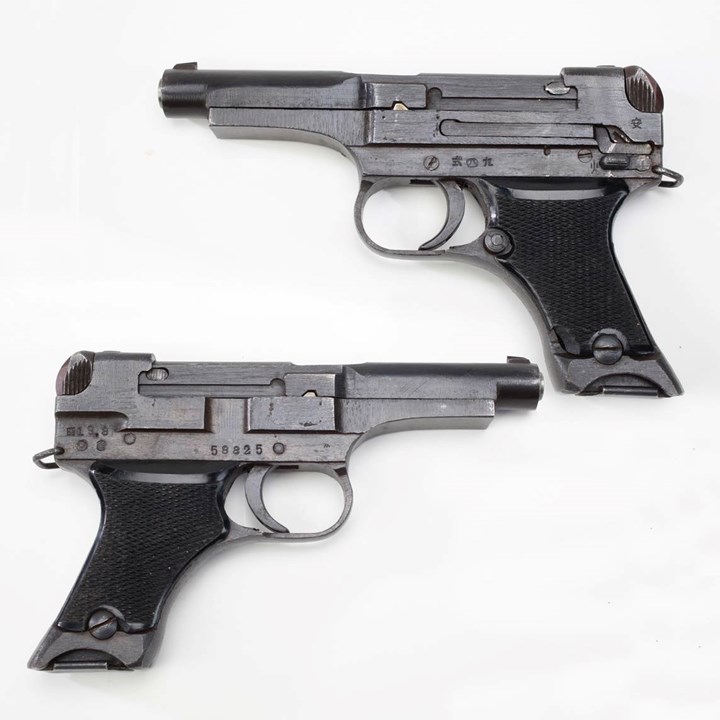 SHOW CAPTION HIDE CAPTION
Introduced in 1934, the 8mm Type 94 semi-automatic pistol was issued to Japanese air force and naval units through WWII. But that’s not why this this particular military handgun stands out in our galleries. It was donated by Edgar Rice Burroughs, one of the oldest American war correspondents in WWII. Burroughs lived in Hawaii at the time of the attack on Pearl Harbor and later reported from New Guinea and Guadalcanal. If you recognized the name – yes, he was also the creator of Tarzan and John Carter of Mars. 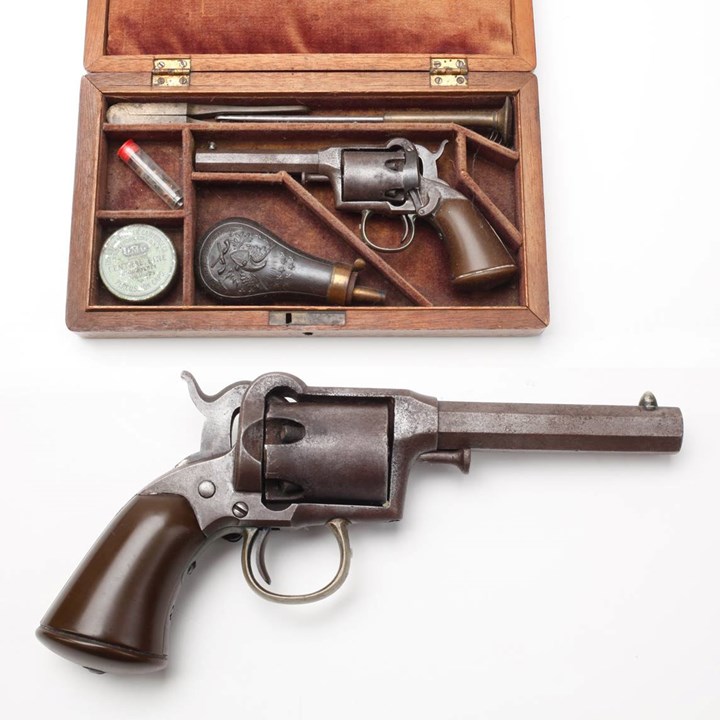 SHOW CAPTION HIDE CAPTION
The Remington-Beals was the first revolver manufactured by the New York firm. Approximately 5,000 were manufactured between 1857-58 upon the expiration of Samuel Colt's master patent for revolvers. These revolvers featured a blued finish with casehardened hammer and smooth gutta percha grips. This model also employed an externally mounted pawl on the left side of the frame which was used to rotate the cylinder. 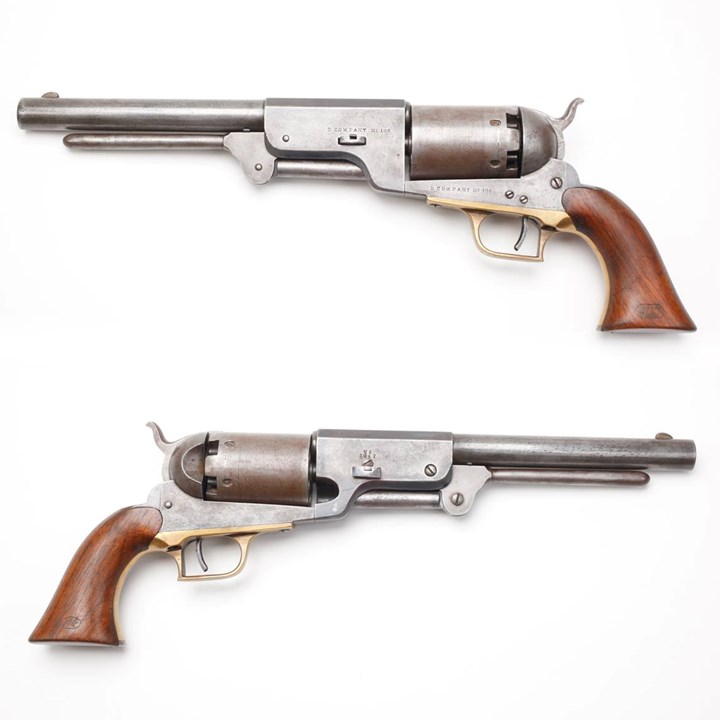 SHOW CAPTION HIDE CAPTION
Once the most powerful handgun in the world, only 1,100 Colt Walker revolvers were ever made. Of the original 1847 production, fewer than ten percent are known to exist today; many of which are in poor condition and show signs of heavy use and/or neglect. Consequently, these guns are the Holy Grail of Colt revolver collecting and many fakes are known to exist. This particular Colt Walker is a verified fake. It was donated to the museum in 1971 to ensure that there was one less counterfeit gun floating around. 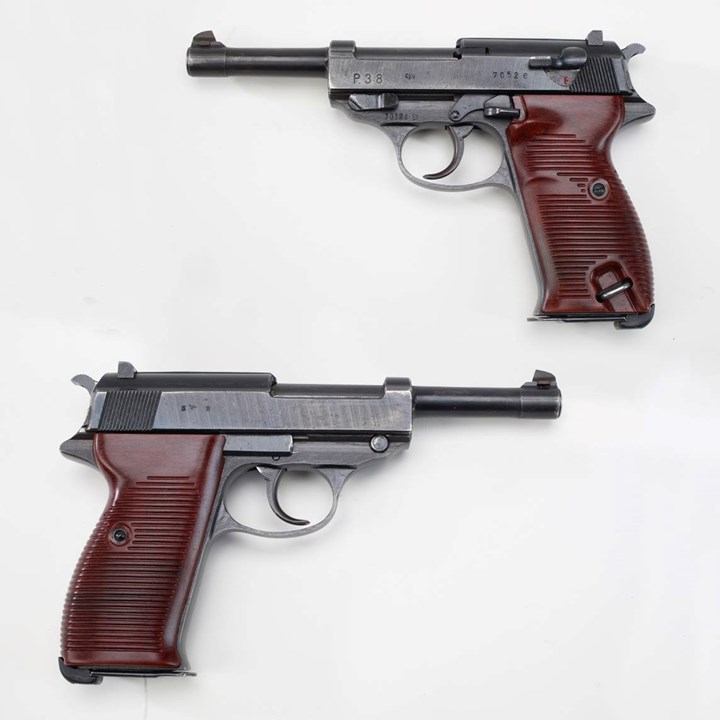 SHOW CAPTION HIDE CAPTION
While the Luger was the sidearm Germany took to the First World War, the P-38 was the handgun that saw them through the Second World War. Offering the same eight-shot magazine capacity, this 9mm was a double-action design. Our example was made by Speerwerke in Berlin under the secret wartime code “cyq.” Its plastic grip panels often exhibited great color variations between models due to wartime chemical shortages. 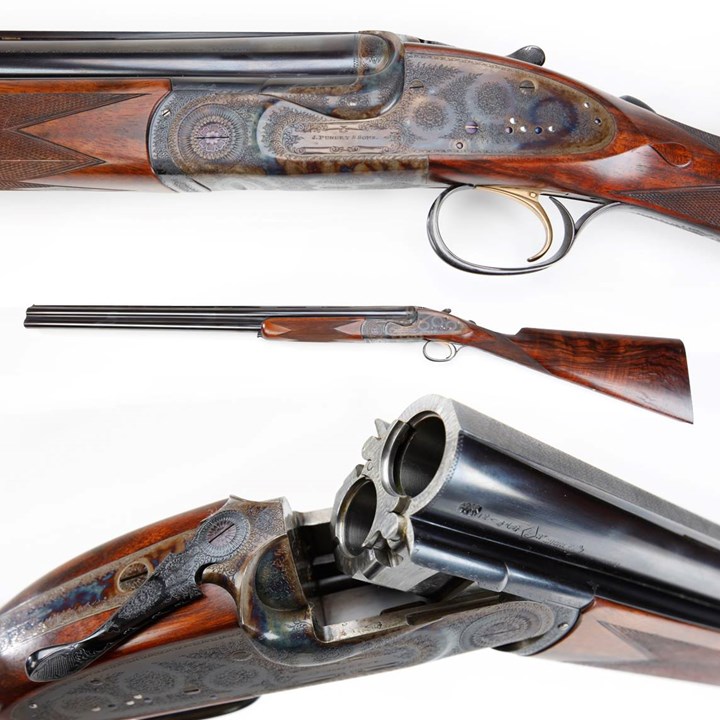 SHOW CAPTION HIDE CAPTION
Many shooters would count themselves lucky to see or even handle a side-by-side Purdey shotgun. But how many have run into a finely engraved Purdey over-under shotgun? This Purdey was made in 1953 as a single-trigger 12 bore as a special presentation from Tom Purdey, chairman of James Purdey & Sons, for a friend. The barrels on this smoothbore were bored to full choke specification. 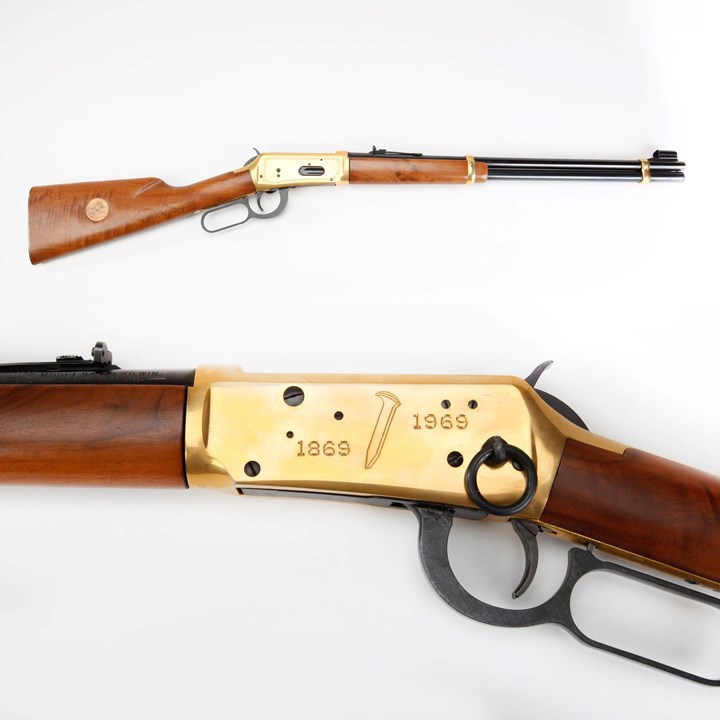 SHOW CAPTION HIDE CAPTION
It was actually with two gold, one silver, and a blended gold/silver/iron spike that the transcontinental railroad joined East and West, but this rifle represents the final golden spike which, over time, came to signify that moment at Promontory Point, Utah, on May 10, 1869.

Built on the Model 1894 design, Winchester's commemorative Golden Spike gun honors the historic event's centennial anniversary and is sought after by both railroad enthusiasts and gun collectors.
More
SUBSCRIBE
History is where you can find it and there's no shortage in the NRA Museums collection. Possessing one of the world's most impressive collection of firearms, its three museums give detailed lessons on the evolution of firearms technology and, by proxy, American history.

Each day, the NRA Museums Facebook page shares a beautiful piece as a preview of what you can see in person at the NRA National Firearms Museum in Fairfax, Virginia; NRA National Sporting Arms Museum at Bass Pro Shops in Springfield, Missouri; and the Frank Brownell Museum of the Southwest in Raton, New Mexico. In case you've missed them or just want to look again, here's a recap of this week's guns.
IN THIS ARTICLE
NRA Museums Guns of the Week
More
SUBSCRIBE