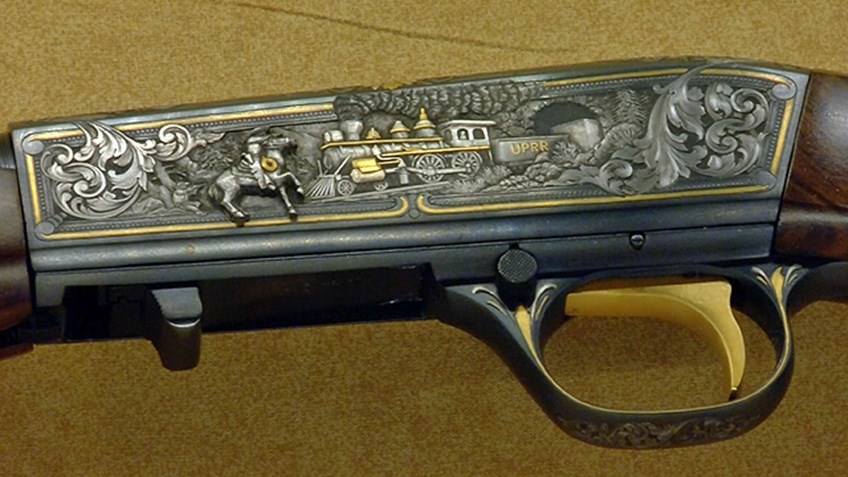 Raton, New Mexico - “I walked in the door and it just blew me away.”

Those are the words of Jim Supica, director of NRA Museums, when it comes to the subject of today’s Curator’s Corner on Sportsman Channel … a .22 Browning Rifle.

But it’s not the gun that caught Supica’s attention, it was the engraving.

“Lee is a gentleman’s gentleman,” said Brownell. “This one happens to be a train robbery on this side while the other side has a guy coming into a saloon and holding it up. It’s so creative and so beautifully done.” 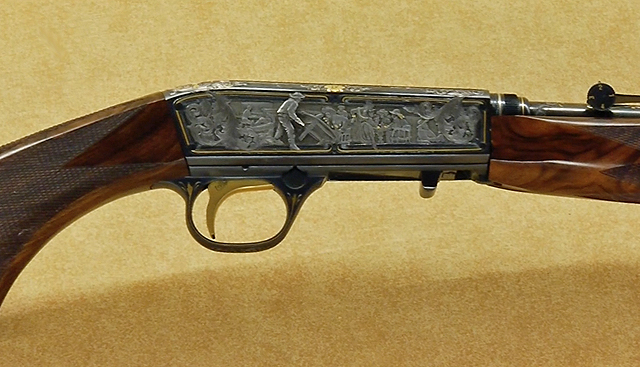 "That all depends on the alloy used," explained Brownell.

But what really jumps out, literally, are the 3-D elements to the work. That's right, I said 3-D. How did Griffiths accomplish such a feat? By creating the horse on its own and then attaching it to the primary piece.

"I wasn't aware of that being used in engraving before," Supica marveled. "The way he's integrated it into the deep relief engraving. This gun just comes alive when you look at it." 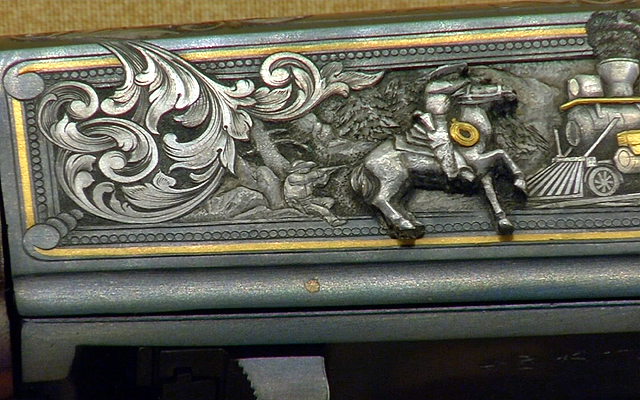