The Power of Adventure Camp: One Y.E.S. Alum's Experience 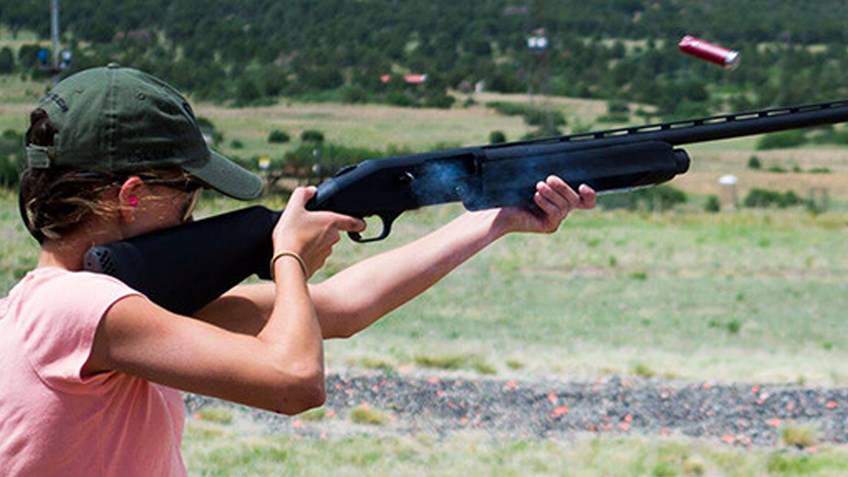 I have always had a love and appreciation for firearms and shooting sports. As a result, I leaped at the chance to attend an Adventure Camp hosted by the NRA Whittington Center in New Mexico when I first discovered the program. A two-week-long outdoor camp where I would get the opportunity to be taught to shoot everything from as compact as handgun to as large as a .50 caliber and as traditional as a flintlock sounded like a dream come true to me. However, the experience of Adventure Camp was so much more meaningful than simply shooting a wide variety of firearms.

I was 14 when I first attended Adventure Camp, and I was amazed by the Whittington Center when I first arrived. Since the age of campers ranges from 13 to 17, campers get divided into groups of fifteen depending on their age. I was in the youngest group, which also happened to be all boys. The next eight days were a blur of hiking, shooting and learning survival skills, so when the final camping trip that signified the end of camp occurred, I was extremely disappointed it was almost time to go home.

During the last three days of Adventure Camp, we all left our log cabins behind to go even further into the mountains where we set up our own sleeping tents, cooked our own meals and even had a few shooting tournaments. After the camping trip, we headed back to the cabins to take a long-awaited shower and get dressed for the closing banquet that evening. At the banquet, a variety of awards graciously donated by sponsors, some of which were new firearms, were given away. It was here that I learned about the available counselor positions and how to apply for them.

Our counselors were in fact not adults, but actually teenagers just a few years older than us. As I discovered, each counselor was a former camper selected to return to the Whittington Center and help advise new campers. Almost everyone I knew applied to return as a counselor, so the competition was fierce.

Without hesitation, I applied and received a phone call a few months later saying I was selected for one of the counselor positions. I was ecstatic! Not only would I get to return to that wonderful camp, but I would also get the opportunity to make an impact on others just as my counselors had such an impact on me. I loved working as a counselor, and I have been doing it each summer since then.

I have been asked by many if I preferred being a camper or a counselor, and I always say that being a counselor is likely the most rewarding job I have ever done. It has taught me so much about leadership, how to have influence, the importance of a strong work ethic, and how to survive on a couple hours of sleep per night. I am reluctant to call most events life-changing, but I would not be the same person I am today had I not decided to be a 2015 Adventure Camper. I would also like to thank all my past counselors, instructors, and sponsors that make Adventure Camp possible.