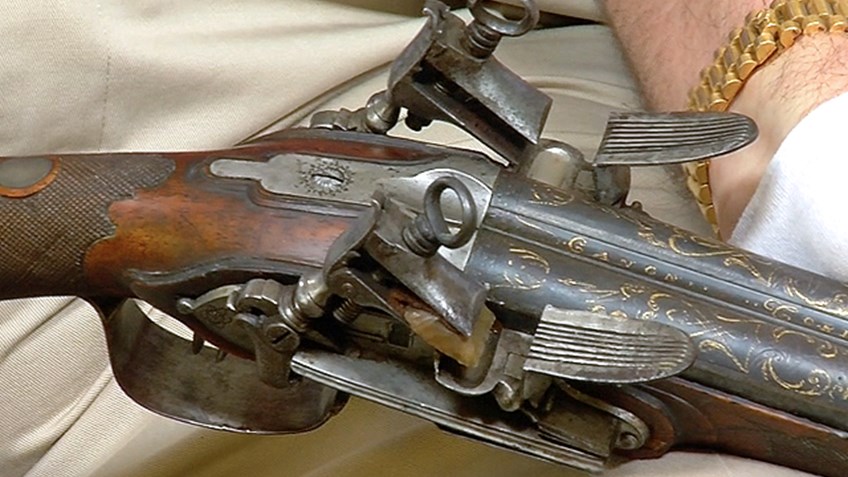 “These type of guns, this era of guns, are actually very hard to acquire,” said NRA Museums Director Jim Supica.
Joined by Whittington Center Executive Director Wayne Armacost inside the Frank Brownell Museum of the Southwest, Supica anxiously sat by as Armacost broke down the older model of the two; an Italian wheellock.
“You have a complicated system where you need a key to wind the mechanism, powder that needs to stay dry or it won’t fire, a complicated flint system and trigger system to fire the firearm.“

A tremendous amount of technology went into assembling these rifles. Their builders were considered to be among the finest craftsmen of the day. Though basic in their purpose, each were incredibly complex when it came to their construction. 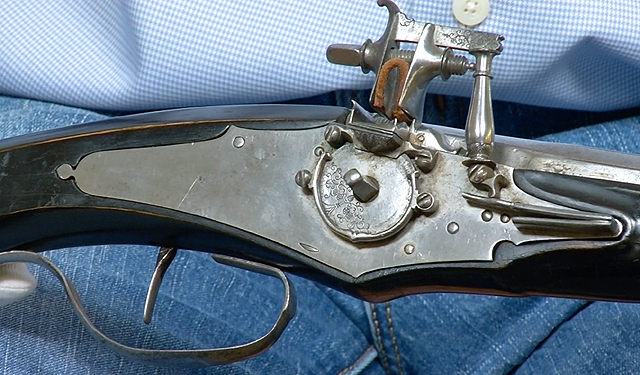 “This was the height of technology for this era to develop this,” Supica explained. “You have a wheel that is serrated … press the cocking piece against it that held pyrite or maybe flint, the wheel spins and you create a shower of sparks that ignites the powder in the pan, the powder in the barrel and you’ve shot your gun.

“It works on the same principal as a Zippo lighter.”

First on the scene in the 1500s, complexity surrounding the wheellock’s construction meant mass production was out of the question. The same could be said for the Miquelet.

“The main difference is that more of the mechanism is on the exterior of the Miquelet,” said Supica. “They also have these very distinct cocking pieces where the flintlock usually have more of a graceful swan neck.”

Having the mechanism on the exterior made for a much hardier firearm. Repairing to a wheellock meant getting behind the wheel cover before even seeing the mainspring, wheel bracket or covering arm … not something you want to dig into during the heat of battle.

The rest of the rifle, for all intensive purposes, react the same. The striking piece creates a spark when hitting the frizzen, the frizzen opens the pan, sparks ignite the powder and boom. 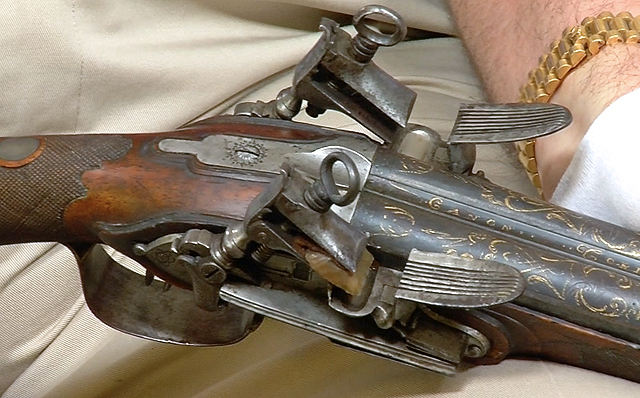