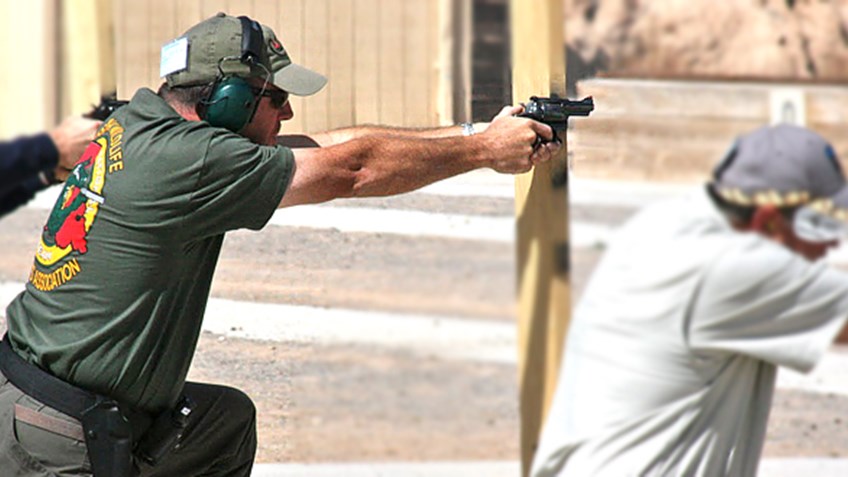 Fairfax, VA - After letting the family know I'm heading out to Albuquerque on Friday for the 50th National Police Shooting Championships (NPSC), I discovered they were unaware of the assortment of competitors involved. Odds are a few of you out there are unaware as well. So for the uninitiated, NPSC is not just for Police Officers. We have competitors from the U.S. Border Patrol, Corrections Officers, Immigration and Customs Enforcement and the Military Police to name a few participating agengies. We also have representatives from a variety of Fish & Game departments.

One of those Fish & Gamers is a man named Parish. Sergeant James Parish of the Louisiana Department of Wildlife & Fisheries to be exact. When I'm out there walking the sands of Albuquerque's Shooting Range Park, Parish is one of those competitors who is always there with a tale or two. Usually it's an explanation as to why he's shooting this gun or what he's looking out for in tomorrow's matches, but sometimes there's more. Maybe a story about his wife Angie, hunting in Louisiana or life on the job.

As an officer in the Louisiana Wildlife & Fisheries, Parish is required to deal with a bit more then the average Wildlife Officer. Course, that's the beauty of Louisiana. Think about it for a second. He's not only dealing with hunters and anglers out there, but he's doing so amongst the hogs, snakes, gators and other animal life that the bayou has to offer. Then there's the hurricanes.

"We prepare for that every year," said Parish. "Get the equipment ready, pack up the supplies and prepare to head out in the storm." 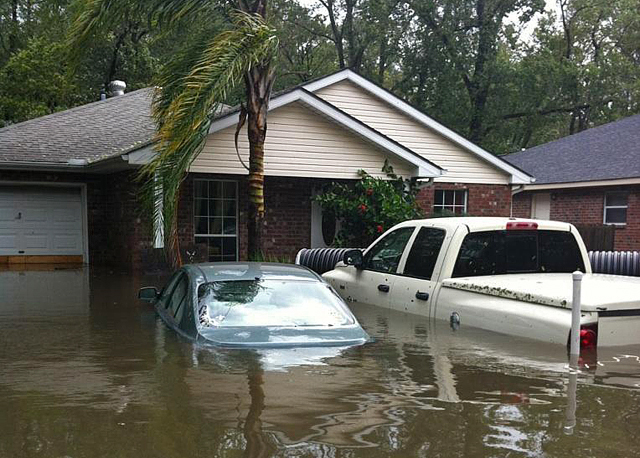 First question that popped to mind was Katrina. Sure enough, he was called out along with the rest of his department during that hurricane. Isaac too.

"We received some damage, lots of flooding, during Isaac. Katrina was by far the worst."

Finding his shot at the NRA National Police Shooting Championships

A competitor at NPSC since the championships moved to Albuquerque, Parish appears to have found the sweet spot. A top five finisher in last year's shotgun championships, his pistol shooting has enjoyed a steady line of improvement over the years. In fact, his scores have jumped by almost a hundred points a year since 2009.

"Practice son. It's all about the practice."

Come next Wednesday, during the NPSC Awards Ceremony, we'll see if that practice pays off. 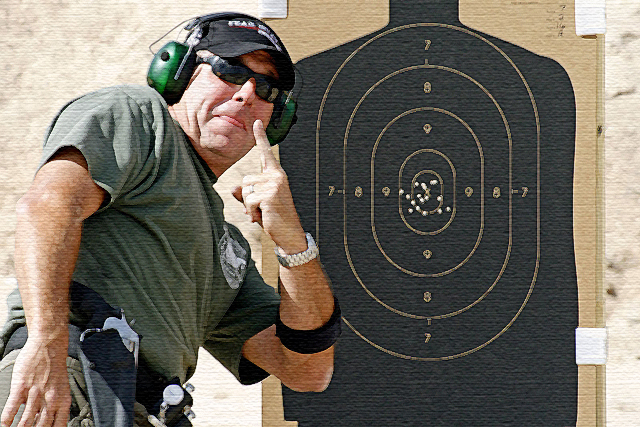