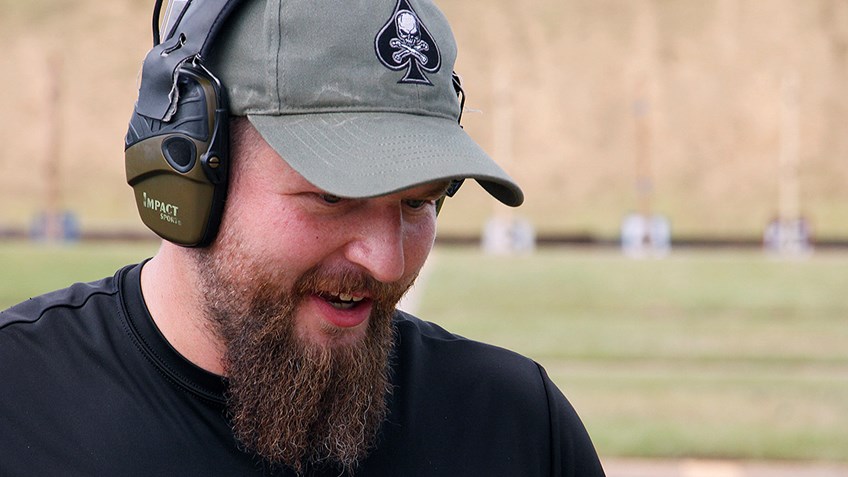 That plucky young man is no other than Jamie White from the Clinton Police Department. A mere fifteen miles to the west, Clinton is home to roughly 25,000 people. So why would anyone from a small town dip his toe into the competitive pool at the NRA Championships? To be better at his job.

"I need to be better at shooting to do my job well," explained White. " Shooting competitively lets you know where your skills really are. That's important because in a life or death situation you are going to fall to your lowest level of training and competing allows you to determine how or if your training is paying off and what adjustments might be necessary."

While shooting under the unforgiven Mississippi sun might not be as taxing for this local challenger, the level of shooters he's facing will definitely present a few problems. 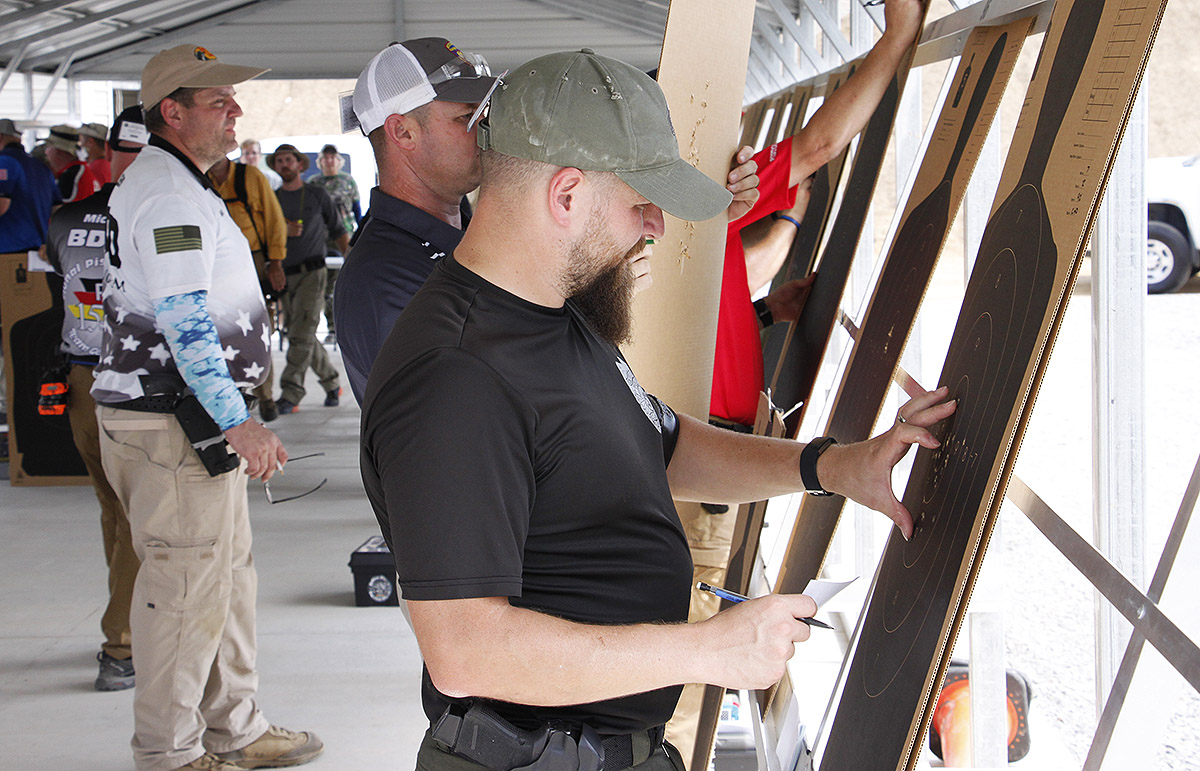 "If you work in a smaller agency and you're proficient then you feel like you're on top of the world. But coming out here and shooting next to world class shooters is a humbling experience. Still, what better way to test your skills than on a national stage to see how you stack up."

So far he's stacking up well.

In Monday's semiautomatic competition, White relied upon the department's recently purchased service revolvers to post more than a respectable score. Today's revolver competition, however, was a different story.

"You have to realize that most police departments don't shoot revolver anymore so it was a new experience for me," he started with a devilish grin. "The fundamentals of pulling a trigger are the same but the reloading, unloading, and even the draw stroke is different. It was an eye opening experience and probably amusing for the others to see me fumbling around as much as I did."

The fumbling included an honest, yet amusing, mistake. One that even grizzled veterans have made at the NPSCs.

"For the record, no one was shooting in the lane next to me ... which is fortunate because I landed a few shots on that target instead of on my own. I shot really well, it was a pretty nice group, just the wrong target."

Laughing as he remembered the moment, White assured us such mistakes won't happen in the future.

"That's why you come out here. Figure out what needs fixing and fix it. You can bet my numbers are going to be a lot better next year." 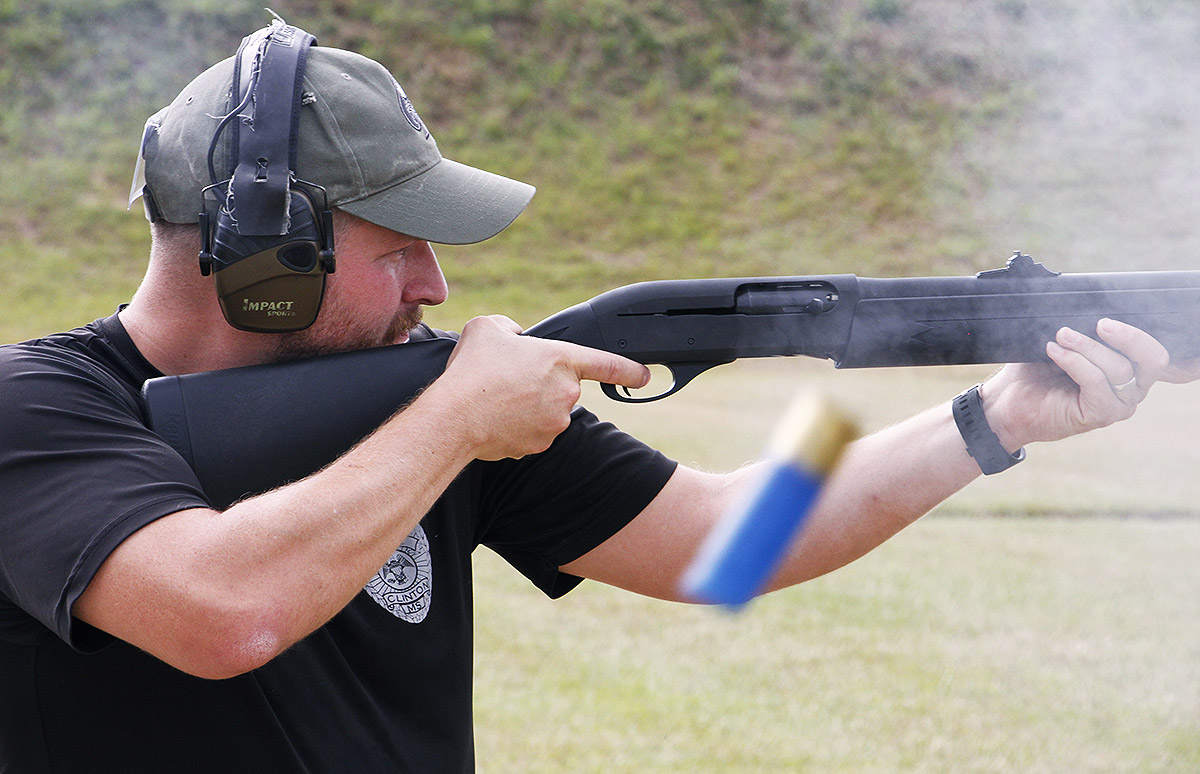