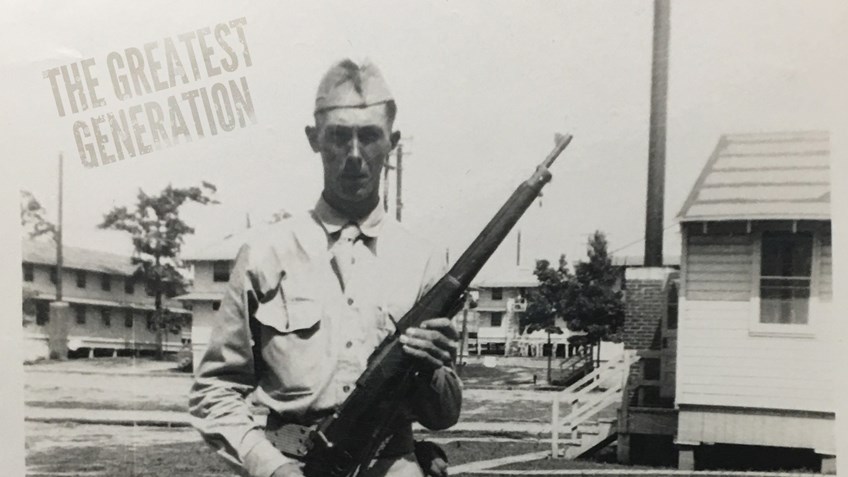 More
SUBSCRIBE
It all started with a pocket watch brought to an Arkansas Friends of NRA banquet in 2015. In the middle of the auction, Committee Chair David Henry pulled Arkansas Field Representative Erica Willard aside. He asked her if he could stop the auction and find the oldest veteran in the room so he could give him or her the special watch. David presented this watch to Bob Whitkanack (U.S. Army) to honor the service and sacrifice of a man who unfortunately hears fewer “thank yous” for his service as the years go by.

After that banquet, a new tradition was born in Arkansas. Now at each auction, any piece can be sold to a buyer who gifts it to the oldest veteran in the room. “It is truly an incredible part of our events, because you never know which veteran will be in the room and how much it will mean to them,” Erica noted.

It’s nowhere near what any veteran deserves as a token of thanks, but it is a way Arkansas Friends of NRA is stepping-up to remember and honor those who risked their lives for our nation’s freedom. This year Keith Wood, a committee member from Washington County, was attending the Ozark Area Friends of NRA dinner when he stepped up to honor the oldest veteran. Just a few days before was the anniversary of D-Day, which made the award this day particularly special. Keith announced that everyone at this banquet was honored to have a D-Day veteran in their presence. At 98 years old, Archie David Vanlandingham was attending the Friends of NRA event as a supporter of the freedom he once risked his life for when he battled German troops in Europe over 70 years ago. 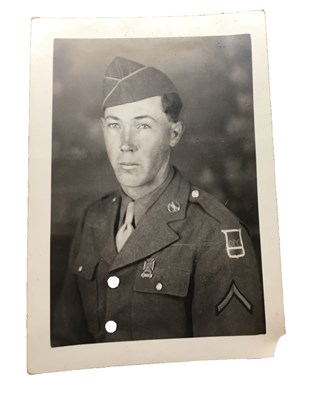 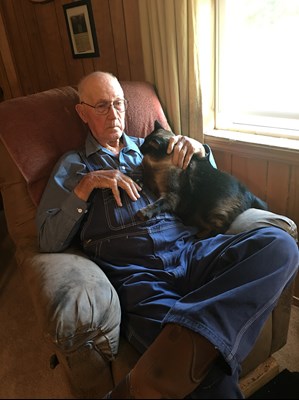 When Archie, as he likes to be called, lost his ability to drive a few years ago, his caretaker Phyllis took him in, and he became “Grandpa” to her entire family. Grandpa went wherever they went, including Friends of NRA banquets. Phyllis gave him a family, and the Friends of NRA has given him purpose. Phyllis said, “Archie looks forward to the banquet every year. He is still pretty sharp and knows when it has been about a year and time to go to the banquet again.” He is loved and appreciated after having spent many years alone.

Archie enlisted into the Army July 18, 1942, at Camp Robinson in North Little Rock, Arkansas. His unit was Company M of the 317th. They first fought in Africa and the Middle East, then they were sent to Normandy for the invasion of Europe. This American, of German descent, fought the Germans to secure freedom for Europe. From D-Day to Victory in Europe, he was awarded the European – African – Middle Eastern Campaign Ribbon with 4 Bronze Battle Stars (Battle Campaign Stars are for – Normandy, Northern France, Rhineland, Central Europe), one Service Bar for Overseas Service, a Good Conduct Medal, a Combat Infantryman Badge, as well as the Purple Heart because he was hit with machine gun ricochet in battle, but continued to fight for the remainder of the war. 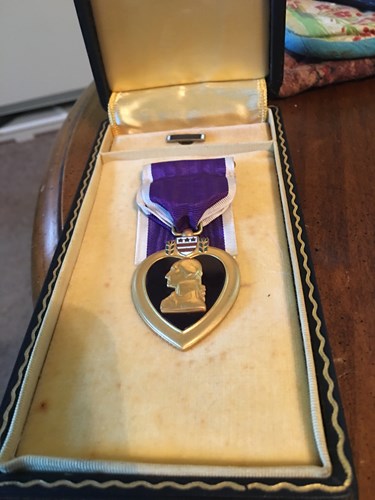 “They are honoring you, Archie.”


Archie also served as Section Leader with Headquarters 80th Infantry Division 44. As Section Leader, he was in charge of the positioning, aiming, and firing of a 16 man squad consisting of two 81MM Morter guns. Under his rank as Staff Sergeant, Archie’s section could be at one spot one day, and over ten miles away to surprise the Germans the next. To do this, they would travel by motor vehicle as fast as they could all night long. The Germans thought they were fighting a million-man army because Archie’s troops were so fast and stealthy. They appeared to be everywhere! Archie left the Army on October 19, 1945, at Camp Garrett, Illinois.

On June 4th, 2019 at the Altus Friends of NRA banquet, Archie was awarded the Oldest Veteran Award. He had no idea he was up for an award when he walked into the banquet. Phyllis described how a look of shock, surprise, and even a bit of fright came over his face, not realizing what was happening. She turned to him and explained, “They are honoring you, Archie.” Phyllis also noted they usually do not attend both of their local banquets every year, because it provides a little bit of change and surprise for Archie, but also because if they do, he usually wins the award at both banquets. The first time they did take him to both, and he was selected for the award a second time, Archie turned to the next oldest veteran behind him, and handed him the award saying, “I already received this award. Now it is your turn, this one is for you.” His selflessness and dedication to giving back to his community and country has lasted a lifetime. 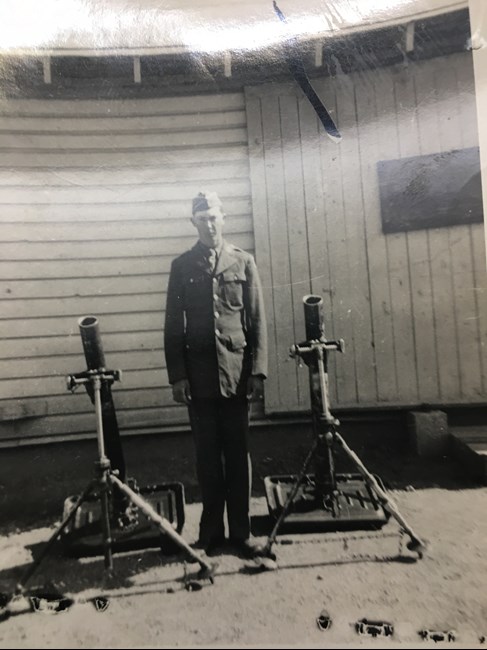 The oldest veteran in the room award began with a simple pocket watch and evolved into a tradition for these committees to find, recognize, and honor true American heros. There is so much more that should be done for veterans, but recognizing their service and dedication to American freedom at Friends of NRA banquets is a good place to start.