Taking a spin on Revolvers at the National Police Shooting Championships 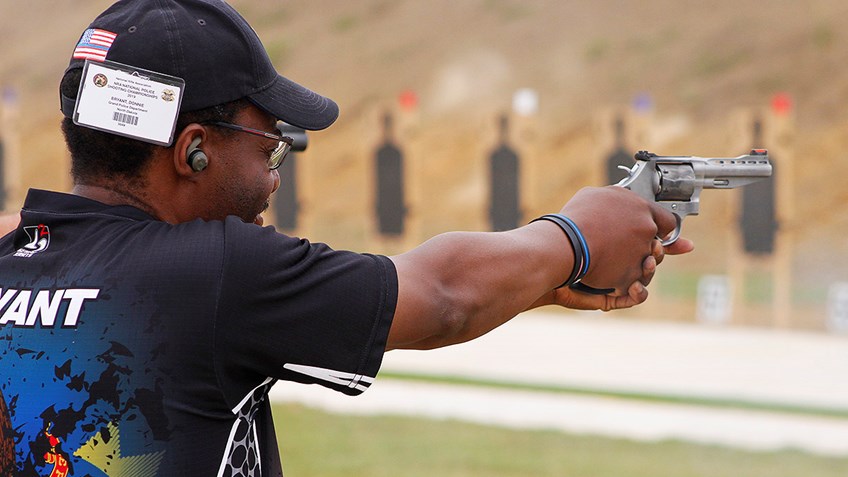 Firing from 7, 15, 25, and 50 yards, competitors shoot from a standing, sitting, prone, and supported position. It's a lot of moving, a lot of firing, and a heck of a lot of reloading.

Ultimately scores from today's 1 through 5 matches will be combined to produce the Open Class Revolver Champion. Last year's winner, Robert Vadasz, won with a total of 1497-117x out of a possible 1500. That means you better be shooting straight to have any hope of knocking Vadasz off the podium. 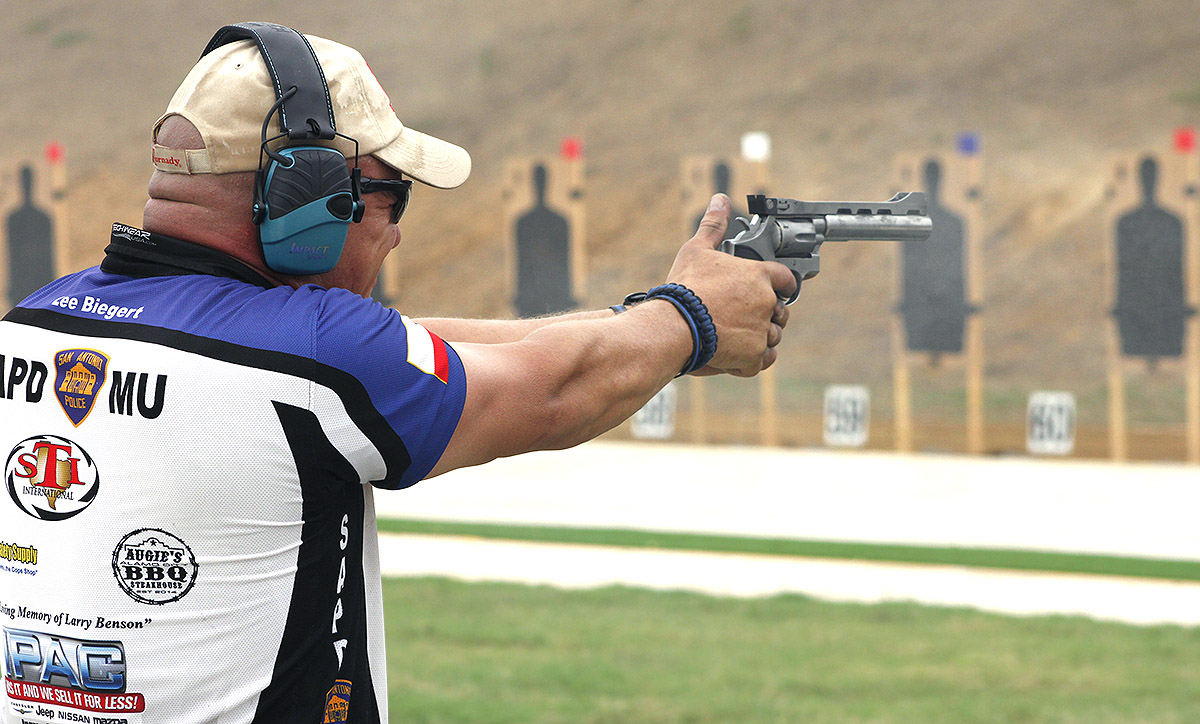