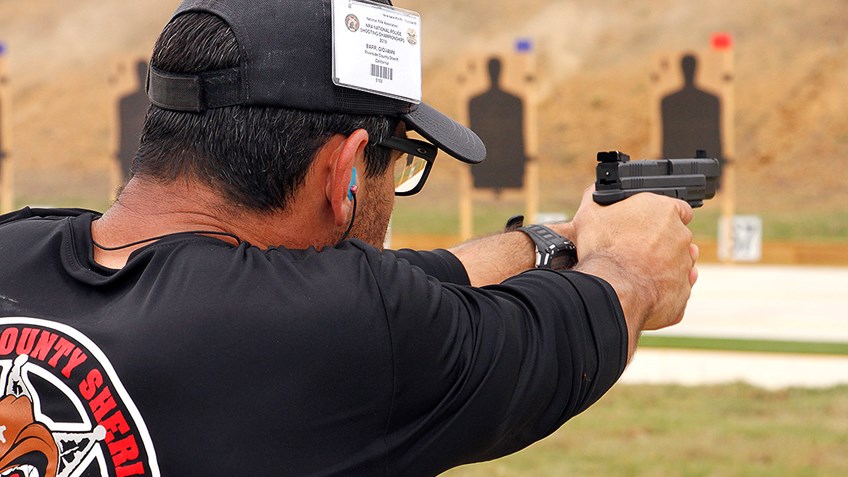 More
SUBSCRIBE
While this isn't the first time the National Police Shooting Championships have called Mississippi home, it is the first time a number of competitors have had the pleasure of shooting under the Mississippi sun. That means newcomers and grizzled veterans alike are facing some of the same issues when it comes to adapting to their environment. Or, as Gio Barr of the Riverside County Sheriff's Department put it, the humidity.

"The humidity has been pretty brutal since the moment we arrived."

Not a surprising comment given that his normal area of operations is located about sixty miles east of Los Angeles.

"I work in the desert so I'm use to the dry heat. The temperatures might hit 126 or 127 but this humidity is a whole different animal."

But it's an animal worth taming ... or tackling at least. After all, short of jumping into an air conditioned room there really is no tackling of this beast. But that's one of the reasons why people take part in the National Police Shooting Championships ... to learn how to shoot in a variety of conditions.

"I wanted to improve my shooting so I tried out for the pistol team. Earned a spot, started competing, and started improving. Unfortunately I've reached the point where it's frustrating when it doesn't improve. But you're going to hit those plateaus."

It's a familiar story at these championships. Shooters from departments across the country take part in competitions, perform admirably, and pick up a few tips along the way. It's those tips - whether how to draw, how to aim, or how reload - can make an incredible difference when fighting for your life.

"It's one thing to practice at home with a couple of your buddies, but when you come out here and see what's possible it's like okay - I've got some work to do."

So how is Gio doing so far? He scored a 1311x35 out of a possible 1500 in the semiauto prelims. Not the best, not the worst, but definitely a respectable score. 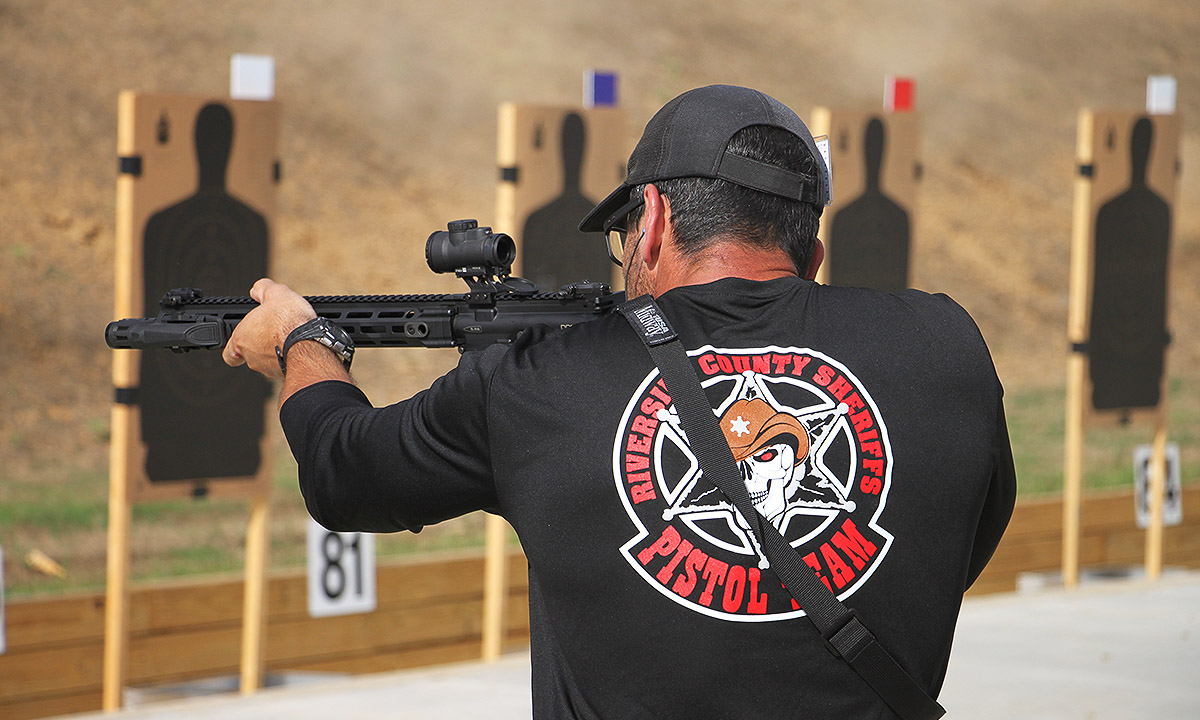