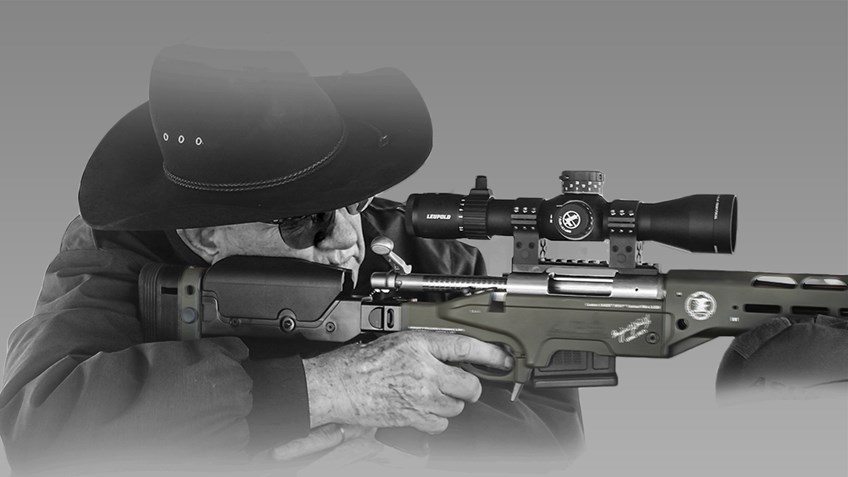 Answering America is an interview-style series highlighting the leaders supporting Friends of NRA, The NRA Foundation, and the programs they fund. Learn about these high-profile influencers from the world of firearms and the shooting sports—in their own words. This edition of the Q&A features retired USMC Major Edward J. "Jim" Land Jr.

Known as the father of the modern U.S. Marine Corps sniping program, former NRA Secretary and retired USMC Major Edward J. “Jim” Land Jr. has spent his life in service to the Constitution, freedom and the American way of life. Major Land has partnered with the Friends of NRA program to create a one-of-a-kind firearm, which will help secure our Second Amendment rights through fundraising.

Share your first recollection of using a firearm. How old were you and who taught you how to shoot?
I was four years old the first time I shot a firearm, with the help of my mother and father. One of my first memorable shooting experiences was at the age of six, when my Dad took me on my first squirrel hunt. We camped out, built a fire and had some hot dogs, making a lasting impression on a young boy.

What is your best secret to success?
Hard work. Coming from the Midwest and from a farm, being brought up that way, you were judged by how hard of a worker you were. If you weren’t a hard worker, you didn’t make it. Working hard to accomplish your goals was instilled in me at a young age. I would credit my upbringing and willingness to work hard, which have lead me to the success I have achieved.

What made you want to partner with Friends of NRA and create the custom Saber M700?
At first I was hesitant, but I knew it would prove to be a benefit to the Friends of NRA program. I believe strongly in the mission with which I have been involved for some time. I knew it would help raise funds which are needed to support many great shooting sports programs. 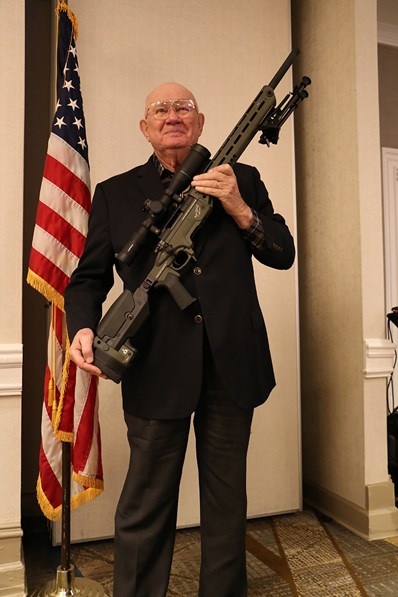 At what age did you know you wanted to do something remarkable?
I don’t believe I ever thought that way. But, I remember what my mother used to say: “If you want to hear God laugh, just tell him your plans.” So, I never told him my plans.

What makes this firearm unique? Why did you pick certain specifications of the firearm?
When approached about this project, I was adamant that if I was going to put my name on it, I wanted it to be right. I embraced this project when I learned that my trusted friend and gunsmith Gary Gregory, a retired Marine master sergeant, was consulting and inspecting each rifle to ensure they met the quality and desired performance standards. Gregory was instrumental in developing the Marine M40-A1 Sniper Rifle, and I fully trusted his experience. Each of these rifles have been individually customized and finely tuned. I personally shot each rifle to ensure they performed at a 100 yard minimum 5-shot MOA group. I was impressed at the overall consistency of each rifle. Each of these 50 rifles have undergone individual accurizing with features not available from an ‘off the shelf’ production rifle.  I am proud of this project and for these rifles to bear my name. They also shoot great!

Describe the most rewarding experience in your career.
One of my most rewarding experiences was my two years as a drill instructor at the Marine base in San Diego, Calif. Back in the 1950s, many newly enlisted men were there because that was their last opportunity to become useful citizens. You would get a platoon of approximately 70 men, some couldn’t even read or write. To see the transformation and changes in these men was most rewarding. Throughout both my military career and with the NRA, getting people on the range and introducing new shooters to the sport have been most satisfying. As an NRA instructor, it is something that I still find rewarding today.

Contact your local Field Representative to learn more about the Sentry Level Sponsorship for your chance to own the Major E. J. Land Signature Edition Tactical Rifle.