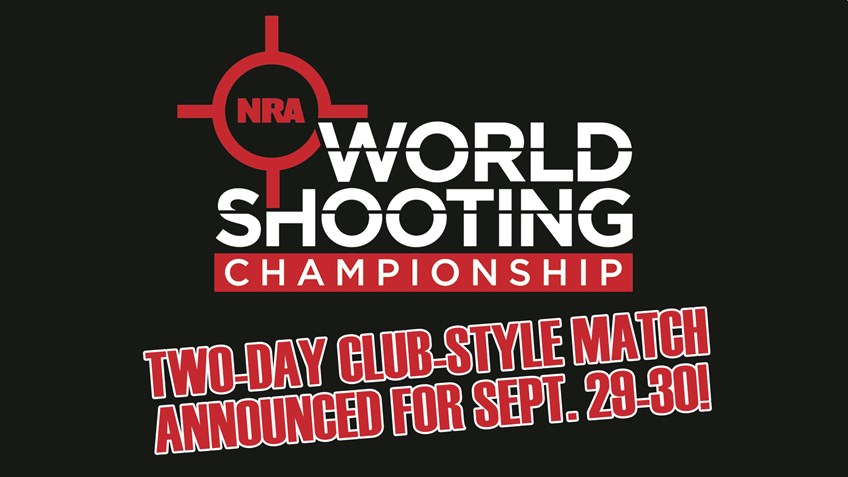 The 2018 NRA World Shooting Championship Presented by Kimber, held Sept. 20-22 at Peacemaker National Training Center in Glengary, West Virginia, was a huge success, one that sold out registrations over two months in advance and saw the crowning of the event’s youngest champion in history.

For shooters who wanted to compete but missed their chance at securing a spot, there’s good news! PNTC has left the World Shooting Championship stages intact and is hosting a two-day club-style competition Sept. 29 and 30!

Unlike the NRA World Shooting Championship, wherein competitors use stock firearms provided by match sponsors, shooters will bring their firearms to compete in this weekend’s match. Competitors who shot in the WSC are welcome to register for this event, as well.

There are minor tweaks to the format, including the machines used on the wobble trap and five-stand stages, as well as the addition of the WSC Devil Dog Challenge side match as a regular stage in the club match, but otherwise this is the best chance to show off your shooting skills in one of the most challenging shooting competitions in the world.

Much like the WSC, registration for this event is on a first come, first served basis, and is limited to 120 competitors (12 squads or 10 shooters.) Registration for this match is only $60! The matches kick off at 8 a.m. each day and run until approximately 5 p.m., with six stages being fired Saturday and the remaining six on Sunday.

Don’t miss your second chance to compete on the same course of fire as the titans of the world series of competitive shooting! Register NOW by clicking here: http://bit.ly/2IeERhp (NOTE: New users will need to establish a PractiScore account to register for this match.)