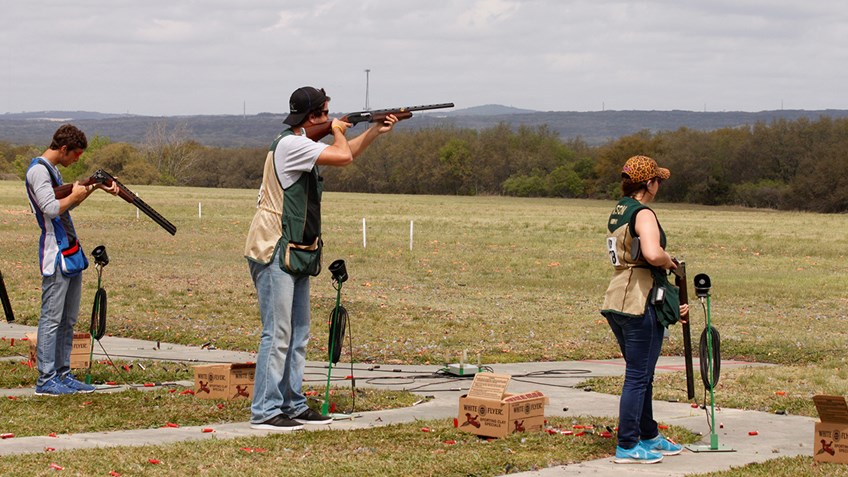 This spring more than 800 students gathered in San Antonio, Texas, to compete in the 50th Association of College Unions International (ACUI) Collegiate Clay Target National Championship. Athletes came from all across the country to compete in the season’s final contest, participating in the USA Shooting Olympic Trap and Skeet events along with six disciplines. 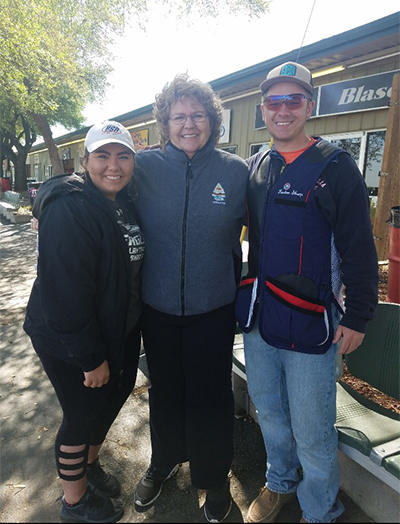 Joining representatives from 83 colleges and universities, the NRA Education and Training Division attended the championship to present thousands of dollars in scholarships and to support the ACUI Clay Target program’s efforts to teach students fair play, concentration, interpersonal and leadership skills and to open doors to the shooting industry for them.

The road to the national championship and the NRA scholarship opportunities available along the way begins at each individual school—or even with just a single individual. If a school does not have a recognized club or team, a student can still compete under their school’s banner at the ACUI championships. ACUI Clay Target events up to the conference level also broaden access to competitive shooting by allowing high school students to participate alongside collegiate athletes for top honors and for NRA scholarships.

For the 2017-2018 academic year, the NRA Education and Training Division donated $6,000 in scholarship money to be used at the 11 ACUI conference championships, which give participants an opportunity to log scores to establish their class rank. At each one, a “miss and out” style shoot-off for a $500 college scholarship was held after the Saturday main event concluded. All high school competitors were invited to participate in the special NRA shoot-off, and—after competing in separate divisions for ACUI’s main events—20 or so young men and women would have the chance to compete against each other for the scholarship. 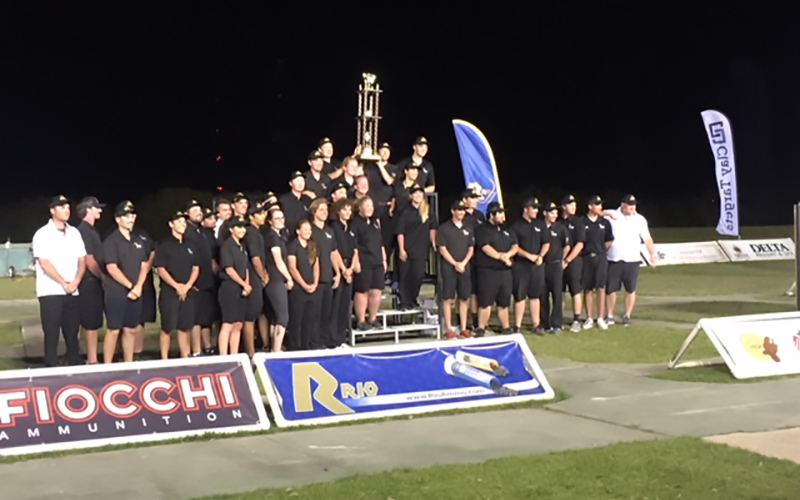 For the 15th consecutive year, the Lindenwood University Trap and Skeet Team earned those top honors. Finishing the championships with a High Over All (HOA) score of 2492, the Lindenwood Lions narrowly beat out the Aggies of Texas A&M and their HOA score of 2489. Lindenwood’s Shawn Kemeter also earned the Men’s HOA Champion title with his score of 572.

“The students are so excited to come to the championship, and the 15-year winning streak of Lindenwood has created a rivalry between them and all the other schools,” Olsen noted, adding that another member of the NRA Education and Training staff actually shot on that powerhouse team several years ago.

That dominance and the friendly rivalry it creates will continue—for at least one more season—to impart a special level of exhilaration and motivation to the ACUI Clay Target program’s participants as they compete for honors and scholarships on the road to the 2019 national championship.

All scholarships awarded are good for up to two years after winning and paid to the college bursar’s office of the student’s choice by ACUI. For a full list of results from the 2018 ACUI Collegiate Clay Target Championships, click here. To learn more about ACUI’s Clay Target program, visit their website here. For more information about NRA Competitive Shooting collegiate programs, click here.