From Friends to Family 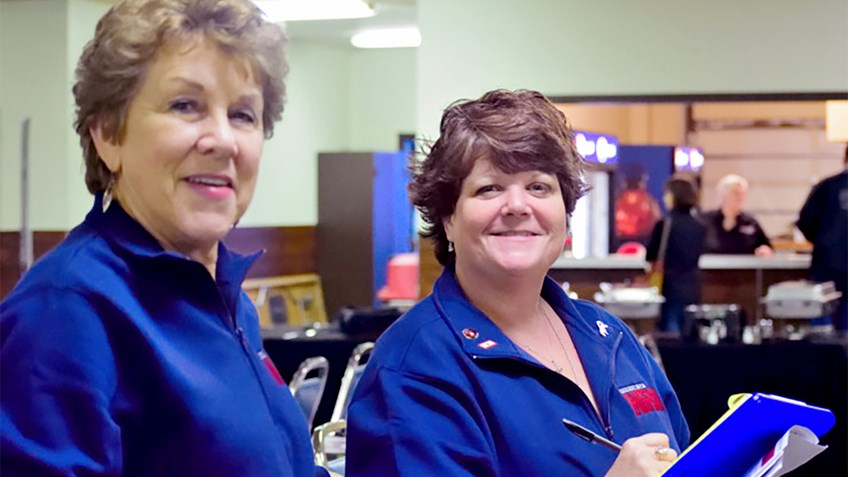 When I was growing up, my dad hunted, but I never really did any shooting. I tried once, but his shotgun’s recoil knocked me on my backside. Still, my dad was always a huge believer in the Second Amendment and encouraged others to support it too.

Later on in life I attended a Women On Target® (WOT) event with my daughter and stepmother. It was funded by an NRA Foundation grant supported by Friends of NRA. After attending a few WOT events, it occurred to me that there really weren’t many other opportunities available for women to continue learning to shoot or expanding their experience. 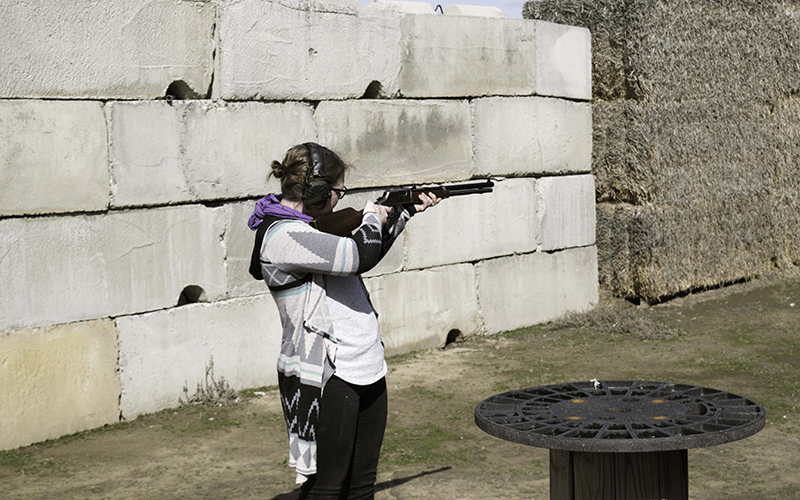 Based on the ever growing demand for firearms training, my husband and I became NRA certified instructors. I started a women’s only shooting group and ultimately became the clinic director for our WOT program.

While we had attended Friends of NRA events in the past, we had never been a part of the planning side. I talked my friend of 23 years, Lachelle Johnson, into attending the local Walla Walla Friends of NRA committee meeting. It seems that, after all these years, when one of us signs up for something the other gets volunteered as well! Lachelle and I jumped on board with some ideas about changing and improving the event. We humbly took the lead and started implementing our concepts with the committee. 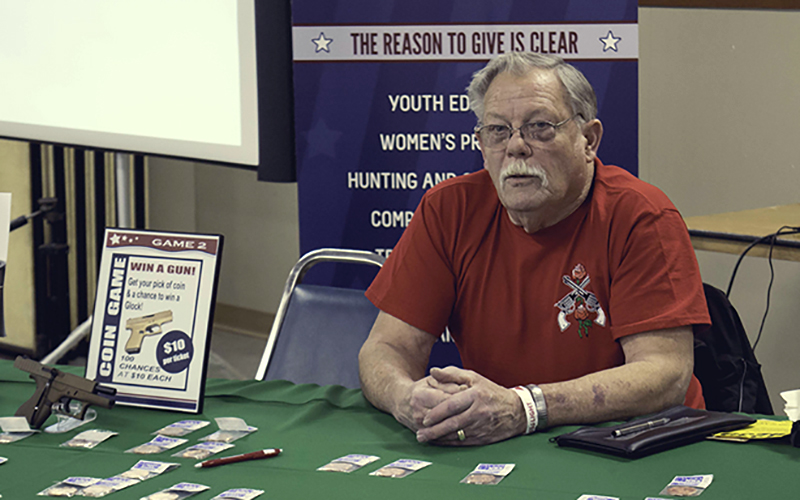 With our first banquet just a few weeks away, we called in the troops. My dad was one of the first people I called on for help. He dove into this mission head first, jokingly grumbling about what I’d gotten him into. He became an integral part of our event, going after donations and sponsors—even challenging them to one up each other. With the advantage of roughly 40 years’ experience as a local businessman in the community, he was a very successful salesman. He would sell raffle tickets and continue to help at all our different fundraisers throughout the year. The man could sell sand in the desert, and did just that to bring in donations to help further the Second Amendment freedoms he was so passionate about.

When the night of the banquet arrived, he was busy bidding on auction items even while manning a game booth at the banquet. My stepmom and husband also head up games, and my daughter takes photos of the event. They all spend countless hours throughout the year working to improve upon the year before, turning our committee events around to become very successful. In 2016 the Walla Walla event grew by over 50 percent, raising more than $15,000 dollars. 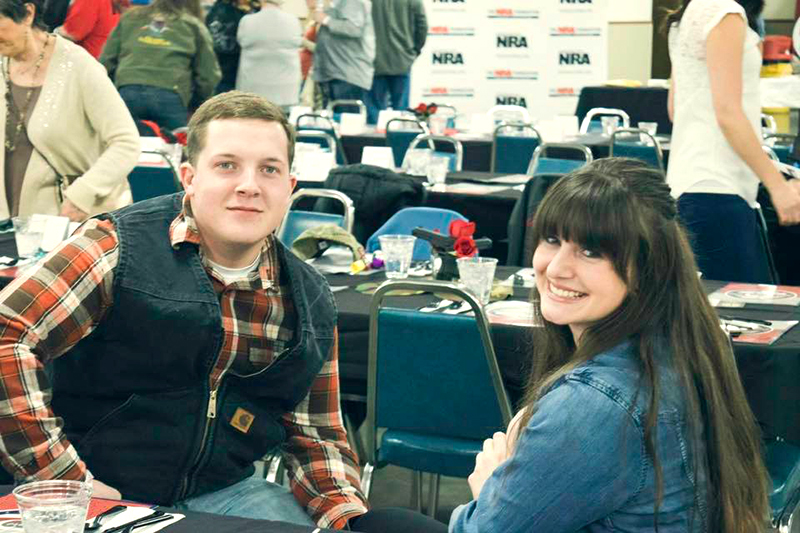 As treasurer and chairperson of the committee, Lachelle and I were thrilled to watch our growth and success continue in 2017. The February 11 event was truly one to remember—the first banquet we were there together as a whole family. My daughter took pictures. My son helped set up and break down. Dad ran his coin game like he did in years past. My husband ran the Wall of Guns. I ran around talking to anyone who would listen! It all paid off in another 75 percent increase in our fundraising as we raised more than $27,000.

Unfortunately we lost dad on February 13, the Monday following our banquet. His passing has left a large part of my heart missing. As we gear up for 2018, my son—who has been out of the Marine Corp for a little over a year—has stepped into his grandpa’s boots and is right there by my side like my dad would be, grumbling and all. His fiancé is also now a part of our Friends of NRA committee. My daughter will be attending the banquet as we plan to carry on what Dad believed so deeply about. 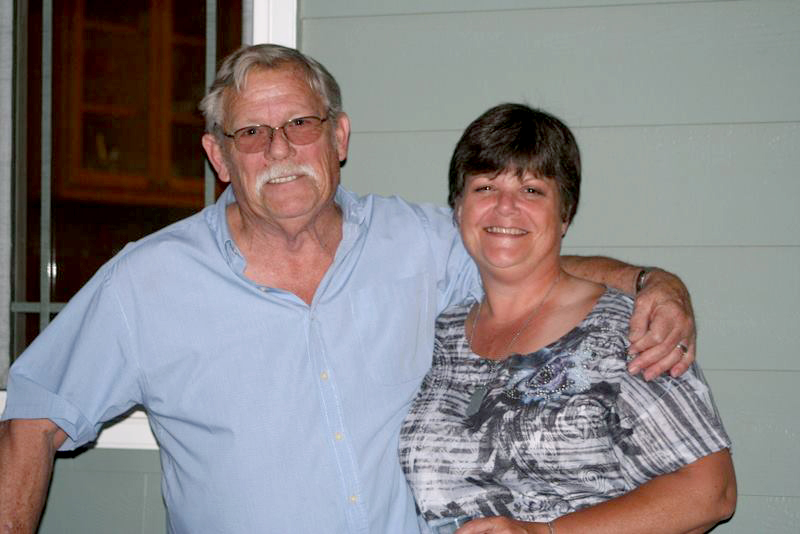 I feel like this was something special my dad and I shared, and I am grateful to be able to include my kids in that tradition as we move forward. Dad will always be a part of this as I hear him “grumbling” about what I had gotten him into all those years ago.

We’ve always been a very close family. But Friends of NRA has given us all something bigger to be a part of, an opportunity to make sure our children and grandchildren enjoy the sport of shooting. Life is busy for each of us, but this is something we do together—making a difference for the next generation. We hope that for years and years to come, not just the committee but shooting sports as a whole bring more families closer like Friends of NRA has for us.

Bring educational NRA programs like Women On Target® to your town. Go to www.nrafoundation.org to apply for a grant. Learn more about Washington Friends of NRA at friendsofnra.org/WA.