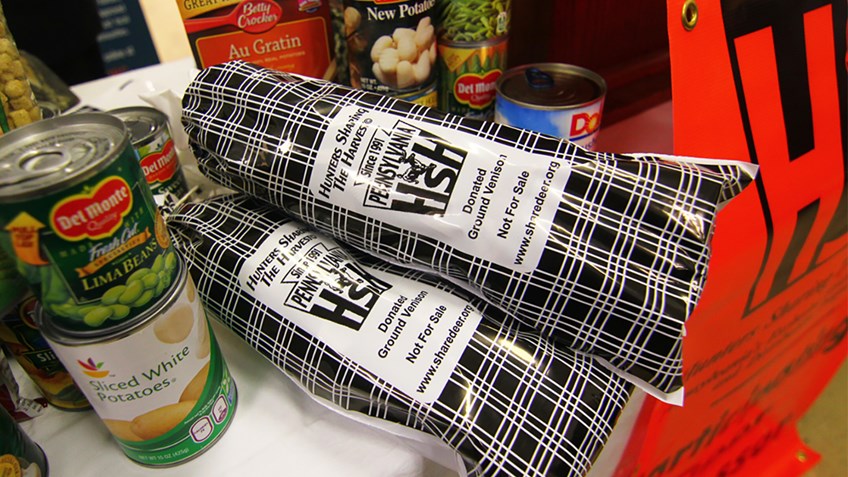 In the late 1980’s a band of sportsmen’s groups, farming interests and responsible animal use advocates began collaborating in a unique way—helping fight hunger in their communities with a wildlife resource. By 1991 this small group had spread beyond the local community and formed a statewide organization known as the Pennsylvania Hunters Sharing the Harvest (HSH) venison donation program.

At the time, Keystone State deer hunting opportunities were expanding thanks to new and longer seasons as well as increased license quotas. With hunters now staying afield longer, many came away with more deer than could be used up by their own families’ needs. 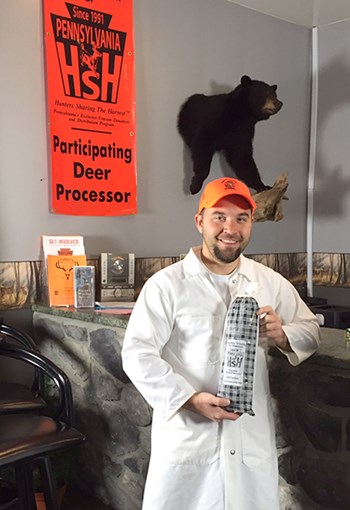 From day one, the Pennsylvania HSH program has been recognized as a non-profit hunters’ charity, and each year the numbers of deer and resulting poundage of venison escalates as more adult and youth hunters participate in the donation program. In 2014 the HSH Board eliminated the $15 deposit which, boosted donations further. Since then, there has been no cost to the hunters to share their deer.

In the past 27 years, from 1991 to the present, more than 1.2 million pounds have been moved through the HSH system. The 2016 season resulted in an all-time record donation total of more than 120,000 pounds of venison distributed to statewide food banks—all thanks to thousands of hunters who care and the opportunity this system provides.

By 2009 the HSH program continued to expand with imaginative promotion and public awareness along with upgrading the network of participating meat processors in various counties. Then, the meat bag idea materialized when the HSH board recognized the need to create more consistent branding visibility and to verify that the donated wild game meat came from hunters—not the government—at no cost to recipients. And that’s where The NRA Foundation grant program comes in.

HSH submitted grant applications to both East and West Pennsylvania Friends of NRA committees, requesting funding to supply butcher shops with exclusive poly meat bags for packaging the ground venison product. The first grant was awarded in 2009, and both organizations worked together to design ground meat bags in one, two and five-pound sizes. The one and two-pound bags of high-protein venison are perfect for distribution to individuals and families. The five-pound bags go to soup kitchens, shelters and missions across Pennsylvania where the meat is the main ingredient for chili, spaghetti sauce, bar-b-que, meatloaf and other recipes feeding larger numbers of people. 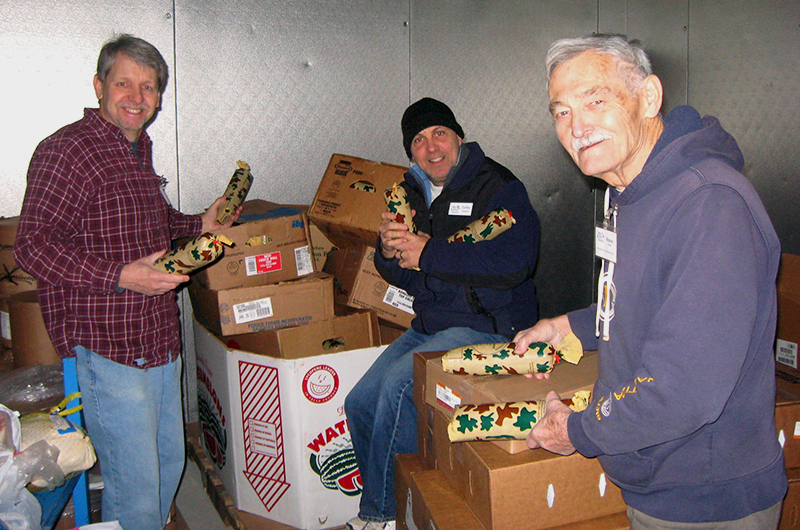 The bags and branding allowed both the HSH and NRA Foundation to more effectively reach hunters, meat processors, and staffers at more than 4,000 Pennsylvania food banks or kitchens, as well as the designated community members fighting hunger and receiving food assistance. Friends of NRA State Fund Committees in Pennsylvania have continued to recognize the value and scope of this project, graciously renewing this support every year. More than $36,000 in grant funding has helped HSH feed Pennsylvanians in need.

Through this organization of hunters helping others—most of whom we’ll never know—and with the support of Friends of NRA and The NRA Foundation, we have been able to make a difference in the fight against hunger in our communities. HSH greatly appreciates the continuing interest and support from Pennsylvania NRA Senior Field Representatives Kory Enck and Tom Baldrige and the local Friends of NRA committees who fundraise for The NRA Foundation’s grant program. And thank you to our Pennsylvania deer hunters who believe in giving to a good cause!

Click here to learn more about The NRA Foundation grant program and apply for funding for your hunting or shooting sports organization. Find a Friends of NRA event near you at friendsofnra.org/Events and attend to help fundraise in support of these programs!