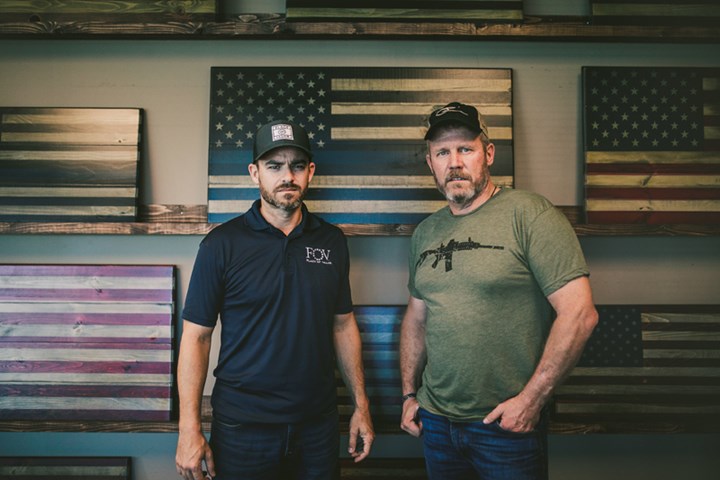 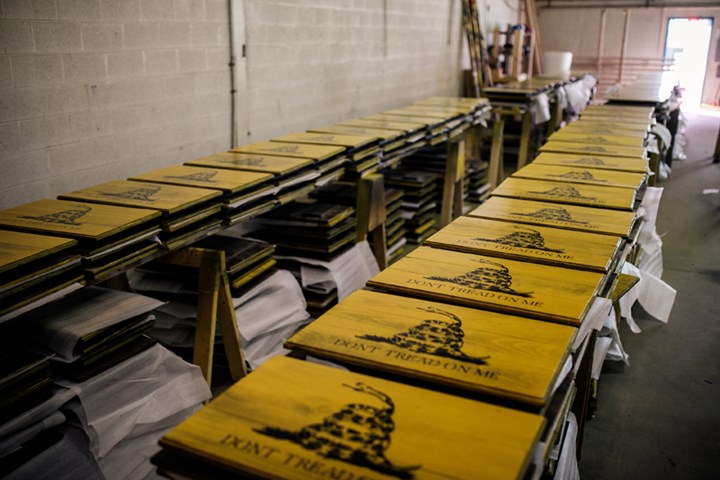 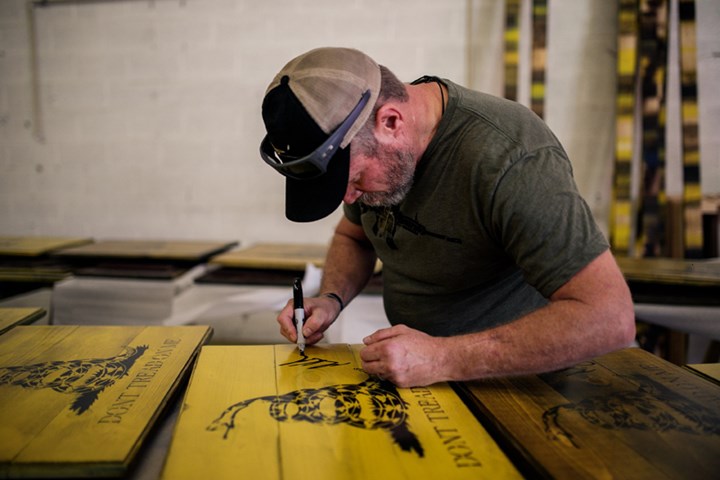 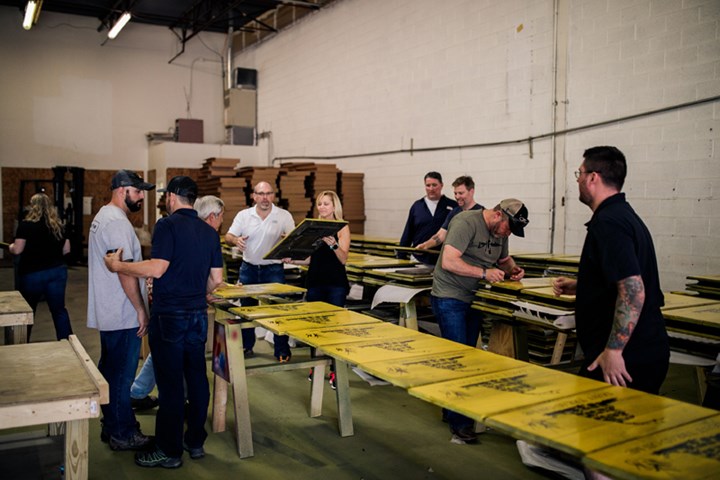 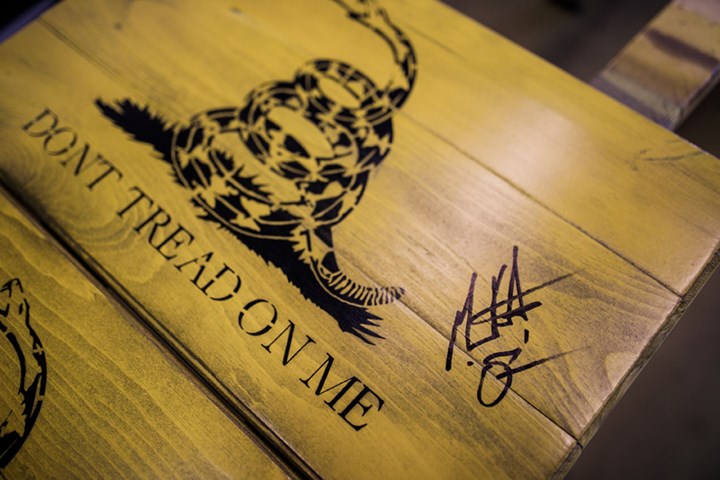 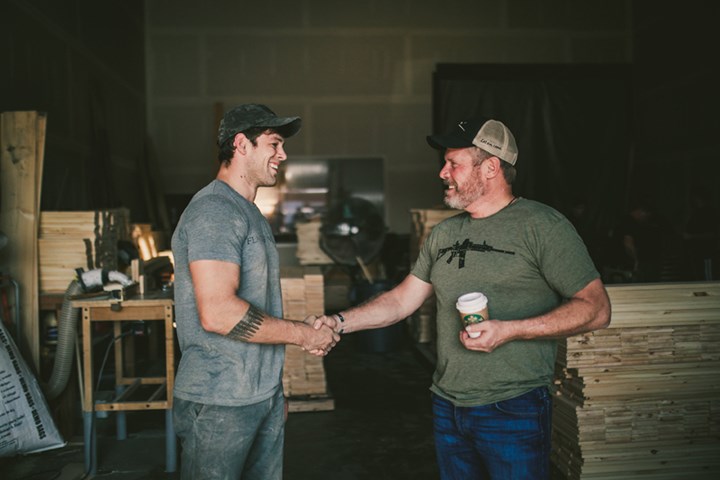 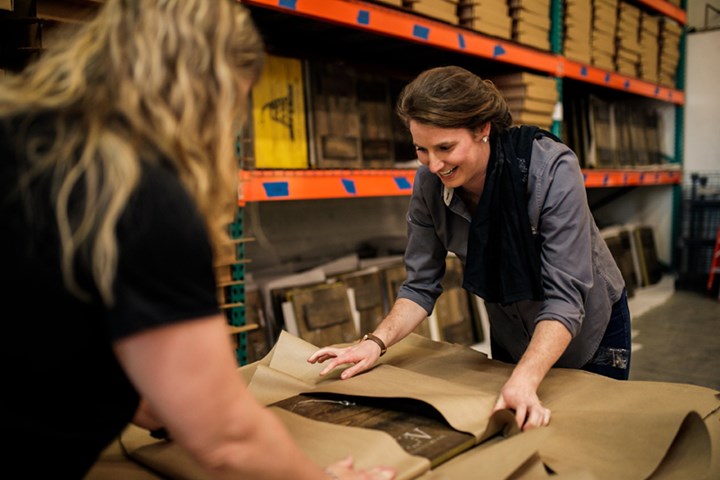 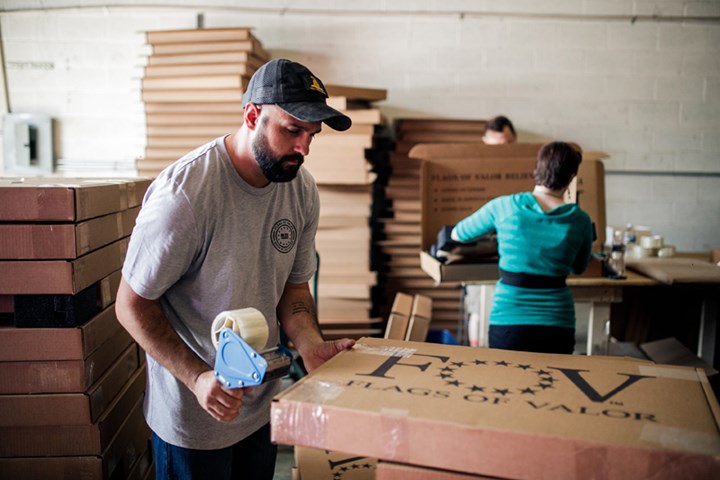 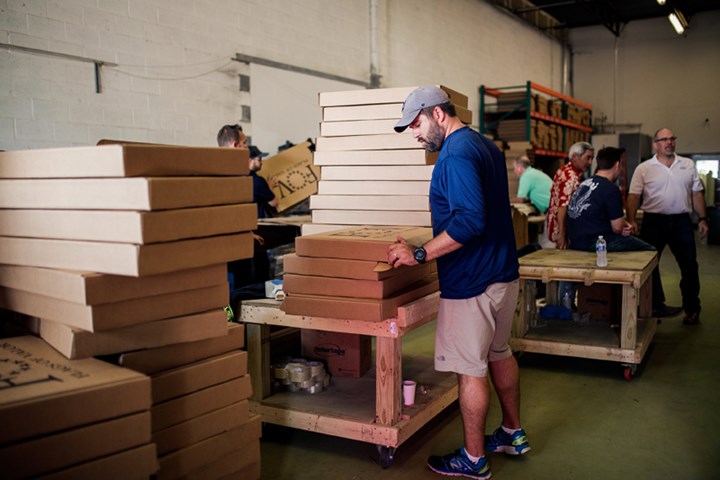 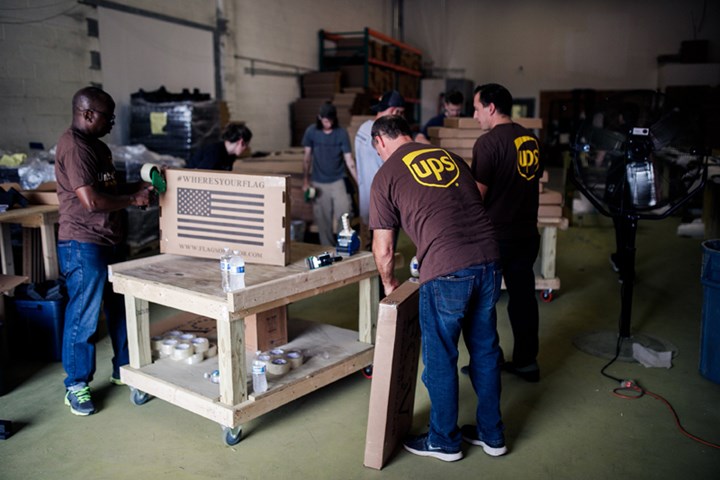 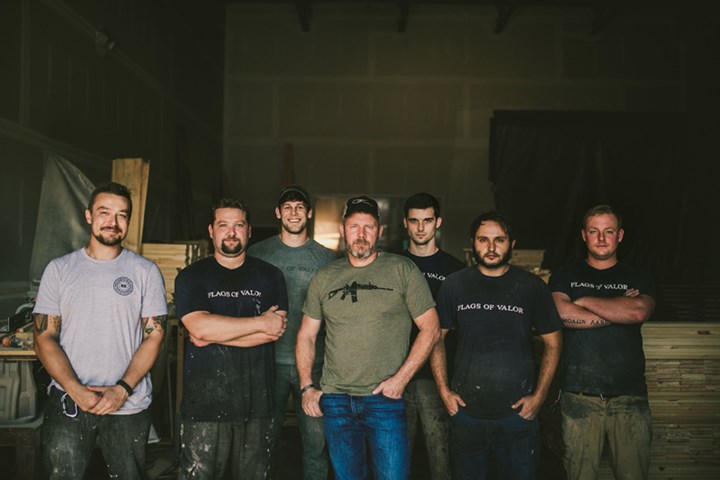 On September 11, 2012, when terrorists attacked the U.S. State Department Special Mission Compound and a nearby CIA station called the Annex in Benghazi, Libya, Mark “Oz” Geist was on the team of six American security operators who went beyond the call of duty, fighting to repel the attackers, protect the Americans stationed there and prevent even greater tragedy. He answered freedom’s call and was credited with helping to save the lives of more than 25 Americans.

Each year, Friends of NRA staff works to collaborate with American patriots to create inspiring new items for its Standard Merchandise Package to help raise funds for The NRA Foundation. In 2018, the program is honored to include two items signed by Geist.

After returning from Libya, Geist helped co-author the bestselling book “13 Hours: The Inside Account of What Really Happened In Benghazi,” which uncovers the true events as witnessed by the courageous men of the Annex Security Team who fought on the ground there. Still recovering from injuries he sustained in the Battle of Benghazi, Geist has continued to serve the cause of freedom, on the book tour for “13 Hours,” as a motivational speaker and as founder of Shadow Warriors Project, a non-profit aimed at helping private security contractors by offering financial support to injured warriors and their families.

“It’s been such an honor for me to meet people across the country,” he remarked about the book tour. “I’ve been to just about every state now, and the passion and the love that folks have for this country and the people who serve is phenomenal.” 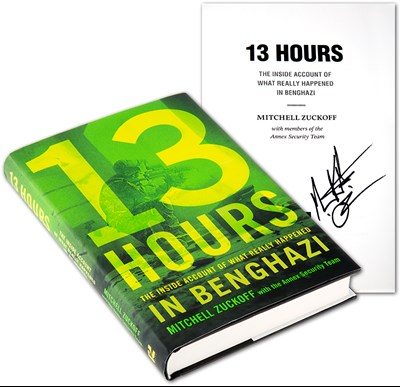 Last September, the 12-year Marine Corps veteran travelled to Virginia and joined the Field Operations division at NRA headquarters to sign copies of “13 Hours” and wooden Gadsden flags. Completing 2,330 signatures in two days, he displayed his signature “never quit” mentality and truly impressed the staff who were lucky enough to work with him with his humble dedication to our nation and service in its defense.

“It was a highlight for the whole division to be able to talk to and get to know Mark Geist, a true American hero,” shares Merchandise Manager Kathy Purtell. “We have done many signings in the past, but this one topped them all. I personally spent those 48 hours with Oz, and I learned so much from him: about his time in the Marine Corps and as a security contractor in Benghazi, about his family, about music I should be listening to and, above all, about his faith.”

When Purtell and Geist met last January, he was immediately on board to support Friends of NRA. “I know that the grassroots movement of these events is where [supporting firearms freedoms] starts,” he explained. “They have the greatest impact because of that one-on-one connection. I recently spoke at a Friends of NRA event in California and saw how the kids in attendance are exposed to a group of people who love this country and the Second Amendment and love what they were founded on. Sometimes you just have to take a stand—so signing books to raise money across the country at Friends events is pretty terrific.

Geist was especially inspired to be a part of the program’s 2018 Standard Package because it meant working with veteran-owned and operated Flags of Valor. The company not only aims to hire veterans, but to provide a place for those who miss the camaraderie and brotherhood of their military service—most of the employees are combat veterans. 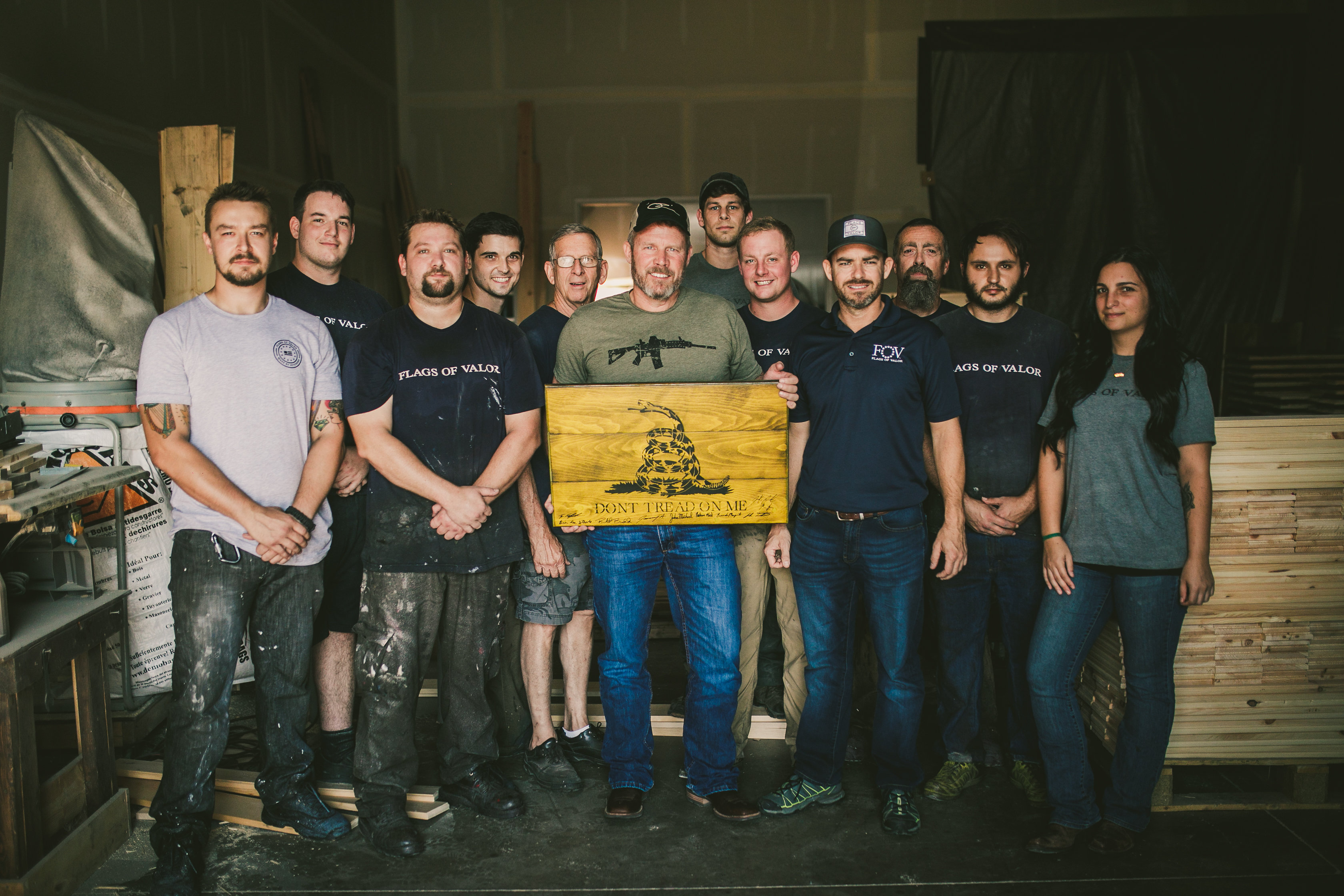 One of six new vendors joining the Friends of NRA Standard Package program in 2018, Flags of Valor teamed up with Friends and Geist for him to sign 1,200 of its handcrafted wooden Gadsden flags. Designed in honor of the revolutionary spirit of our founding fathers and the citizen soldiers who secured our nation’s independence, the flag bears the rattlesnake image and “Don’t Tread on Me” message that was first observed in 1775 and became an early symbol of our nation’s hunger for freedom.

“It meant a lot to us, to my guys, for Mark Geist to come out and talk to us during the signing,” said Flags of Valor Founder Brian Steorts. The 12-year Army and Air Force veteran launched the company two years ago after turning to woodworking as a way to recreate the symbols of service that surrounded him throughout his time in the military. The craft that began as a hobby during Steorts' recovery from a service-related injury has now become a source of pride and purpose for dozens of other combat veterans.

What’s next for Mark “Oz” Geist? “I think I’m still trying to figure that out,” he admitted. “My faith is a big part of my life, as it always has been. After Benghazi it’s a little bit bigger, because there is no way six guys could have ever done what we did that night if there wasn’t some divine intervention from someone up above. I share that in my speaking engagements with churches and men’s groups, and I’ll continue to talk about that.”

For Friends of NRA the focus is now on sharing two special items bearing a hero’s signature, along with the rest of the Standard Merchandise Package, at this year’s events. The “13 Hours” book and wooden Gadsden flag are both sure to serve their new owners as inspiring testaments to and reminders of the service and sacrifice that defines true American patriotism.

Support the shooting sports and attend a Friends of NRA event near you and keep these pieces of American history in mind when attending an event in 2018!