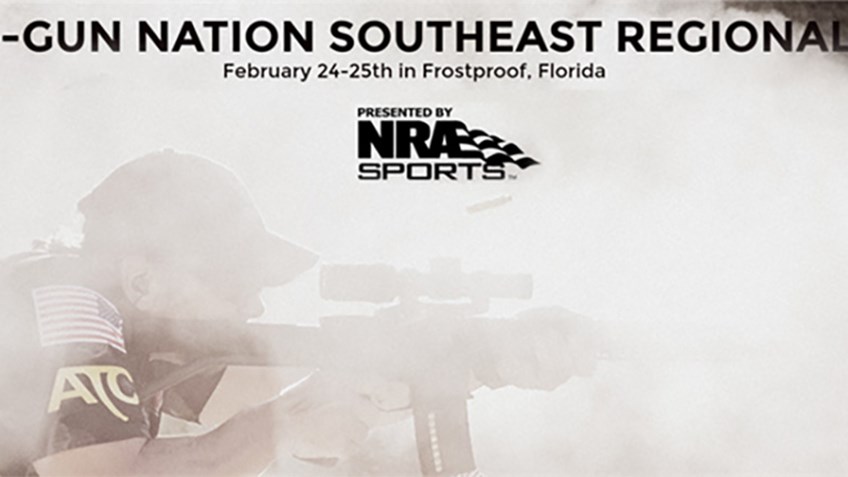 Registration for this event is now open to the public, with a fast and challenging match planned to kick off the new season. The match will feature eight courses of fire, using rifle, shotgun and pistol, including a mix of fast, bay stages and long-range target presentations.

Also, 3GN Shoot-Offs will be held, based on member classifications, bringing exciting man-versus-man, elimination tournaments to each 3GN Regional Championship in 2018, with all of the action airing on 3GN Live, Presented by NRA Sports.

“Everyone at 3GN is excited at the team we have assembled and the plans for 2018,” said 3GN President Pete Brown. “Kicking off the season in sunny Florida, at a beautiful range facility in Universal Shooting Academy, with the support of NRA Sports and countless other sponsors; it doesn’t get much better than that.”

For those new to the sport, 3GN will also host a 3-Gun 101 Course, taught by 3GN Pro Joe Farewell. The course, which runs on Feb. 23, will cover guns, gear, rules and what you can expect during your first match. For any student, 3GN will also knock 25-percent off their entry fee into the 3GN Southeast Regional Championship, making this a great opportunity for any new or up-and-coming 3-Gunner looking to get the most out of a major match weekend.