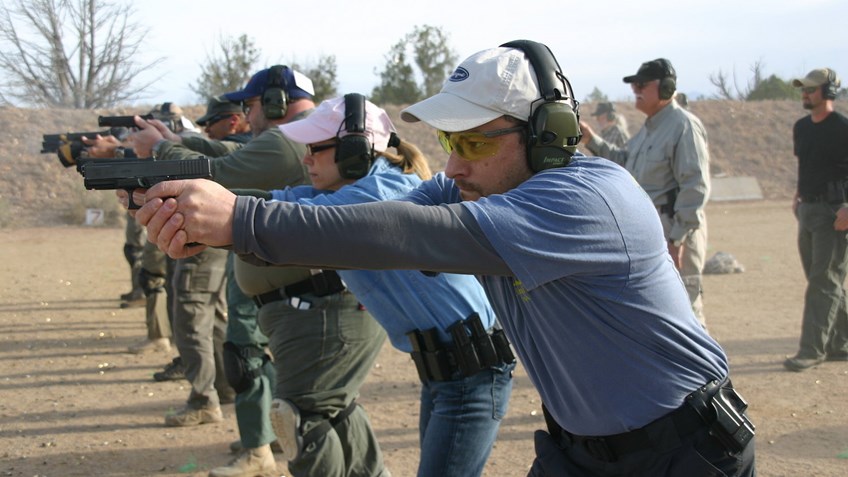 Decades ago, defensive firearms trainers were few and far between. Legendary firearms trainers like Gunsite founder Lt. Col. Jeff Cooper and L.A. County Deputy Jack Weaver, have come and gone, truly known only to a select group of people who had the good fortune to cross paths and learn from the original masters. However, their contributions live on, referenced in reverence in books, message boards, social media and beyond.

There probably isn’t a day that goes by in some online forum that diehard shooting enthusiasts haven’t spent hours drafting a post to promote the “best” shooting stance, only to be ganged-up on by a vicious attack squad of angry torch-bearing keyboard typists advocating for the opposite… but I digress. 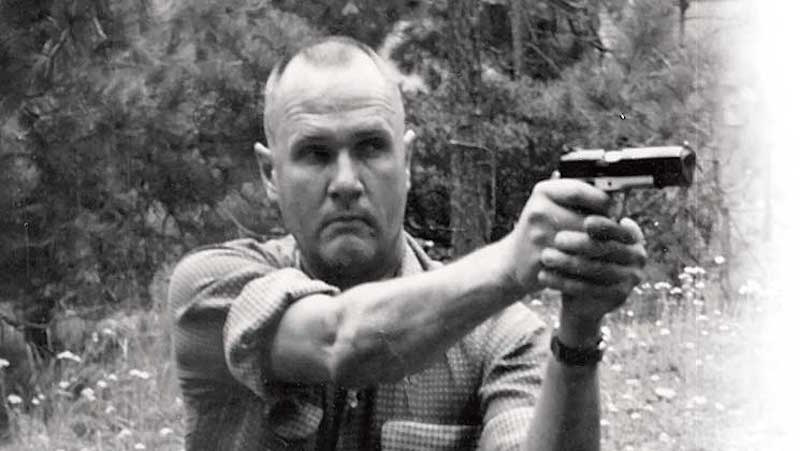 Many shooting activities will typically use or favor one position over the other for the sake of continuity. However, serious self-defense practitioners understand that certain circumstances, situations, or terrain dictates what may be the best or most appropriate shooting position to employ. If you’re a true student of the gun, you should be familiar with both the Weaver and Isosceles shooting positions.

While many people refer to the Weaver position as a “shooting stance,” many firearms trainers actually referred to the Weaver as a grip. The aforementioned Jack Weaver, who in addition to his time in law enforcement was a firearms instructor, developed the namesake Weaver stance. The famous photo of Weaver shooting this position next to a shirtless cowboy appears to show him in somewhat of a bladed stance, with his shooting arm fully extended while his support arm was slightly bent with the elbow facing downward. 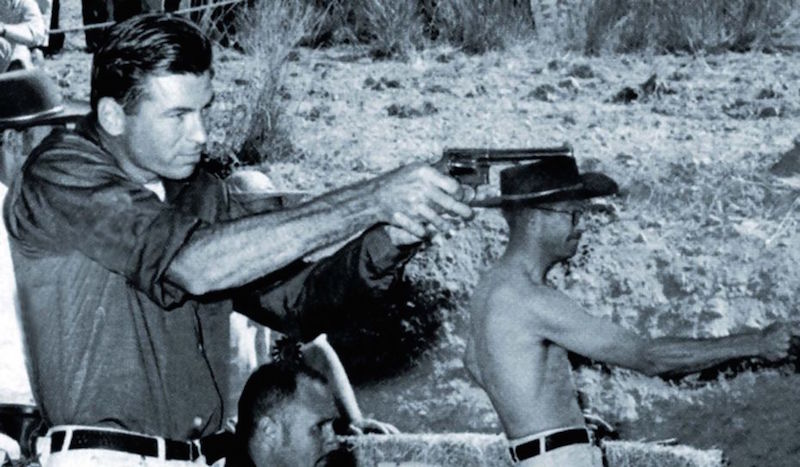 Today, most people consider the Weaver stance a combat shooting position, designed to lower one's profile and become a smaller target. Interestingly, Jack Weaver perfected this position in the old leather-slap shooting competitions. Standing in a bladed position may actually more readily expose a shooter’s vital organs. Any experienced deer hunter knows the best place to shoot a deer is right behind the shoulder. The trajectory of the bullet typically will impact multiple vital organs, increasingly lethality. This holds true to human beings, even when wearing protective body armor.

That said, the Weaver stance certainly does have its pros. While shooting, the shooting arm pushes forward while the support arm pulls rearward, creating isometric tension to manage the gun in recoil. This position is favored among more “seasoned” law enforcement veterans, particularly ones who joined the force before the widespread wear of protective body armor.

The Weaver is also useful when working in confined shooting quarters or when using a handheld flashlight while employing a Harries flashlight technique. In 2012, I traveled to Gunsite Academy in Paulden, Arizona. Under the watchful eye of the late, great Gunsite Rangemaster Mike Hughes, I was exposed to the modern technique developed by Colonel Cooper himself. The Weaver utilized at Gunsite was a more open stance, more akin to the isosceles shooting position. However, the arm position in isometric tension held true to what was previously mentioned. This contradicted what I previously thought was a more dramatic bladed stance that I had learned in the past to be the Weaver. 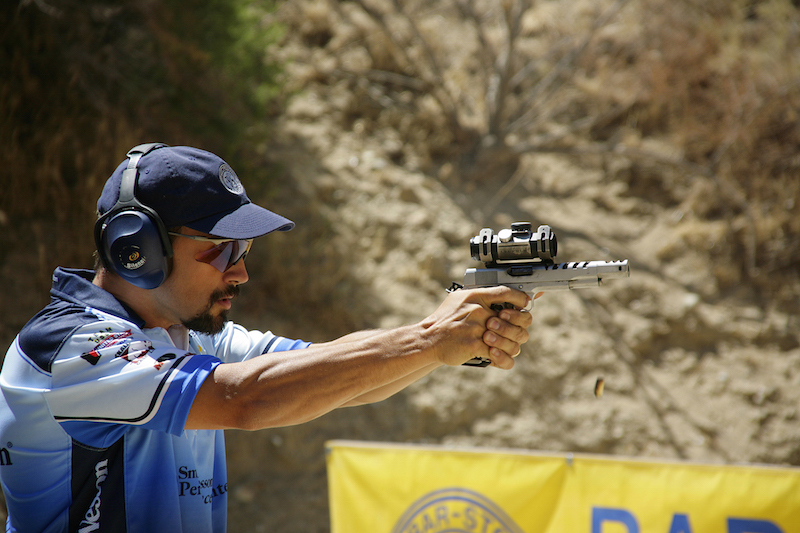 The Isosceles shooting stance has come to be known by many trainers as the “new modern technique.” I refer to this position as an indexed position, meaning there are many parts of the body pointed toward the target. This shooting position is favored among competitive shooters, but it also boasts a strong defensive application.

Standing on the balls of the feet pointing directly at the target, the feet are hip-width apart, with the belly button and shoulders pointed downrange. The shooter’s knees are slightly bent, their head is erect and the tip of the nose extends just beyond the tips of the toes. The arms are fully extended, when viewed from above the arms will form an isosceles triangle. This position allows the shooter to move quickly in any direction, and to rapidly transition to address targets to the left or right. Individuals wearing protective gear such as body armor also place the protective equipment directly in line with their target, maximizing the ability to better protect them from incoming fire.

I look forward to seeing what the future holds regarding shooting techniques, stances and technology, and what will be considered the new “new modern technique” in the coming years. I recently had a discussion with NRA Training Counselor Dr. Joe Katz and his wife Janet, owners of Paladin Services, LLC in South Carolina, who teach a wide variety of NRA training courses including NRA Personal Protection Outside the Home. This course teaches students both the Isosceles and Weaver shooting positions.

Our conversation led to a philosophical statement from Joe referencing firearms training in general: “Andy, you and I have had the pleasure to live in the Renaissance era of firearms training. It will be exciting to see what the future holds and what we will be teaching if we are still around in the next 50 years.”

This statement made an impact on me, and made me realize as Americans we are fortunate to have the ability to learn a wide variety of techniques with the best firearms instructors this world has ever seen. I personally challenge readers to pursue learning alternative shooting techniques, as it will only enhance your abilities and understanding of defensive shooting in general.

To find an NRA Personal Protection Outside the Home course in your area, visit www.nrainstructors.org. In the meantime, check out this episode of NRA Firearm Science as competitive shooting champions Jessie Duff and Tommy Thacker explain the pistol shooting stances!