A Kimber Recovered From The World Trade Center 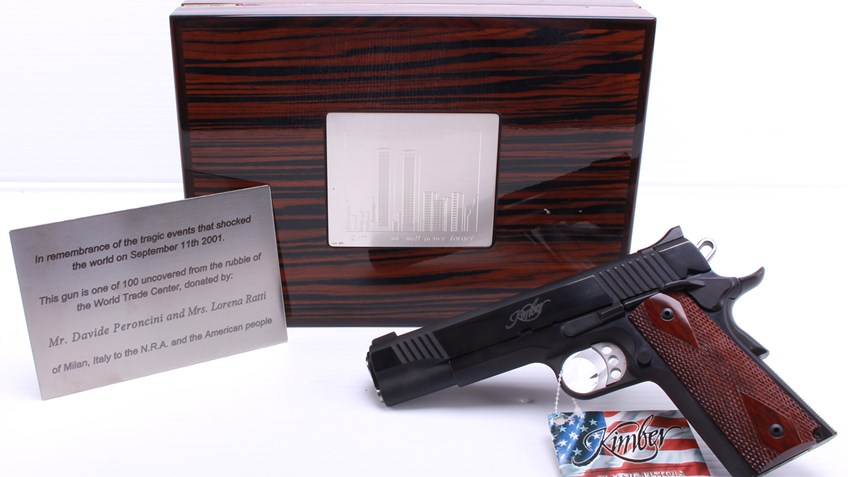 More
SUBSCRIBE
You may already be familiar with a Smith & Wesson revolver on display in the NRA National Firearms Museum that belonged to Walter Weaver, a NYPD officer who lost his life on September 11, 2001, but did you know the museum has another gun that was recovered from the World Trade Center?

This Kimber Classic Royal 1911 was dicovered underneath Six World Trade Center after the 9/11 attacks and was, amazingly, still in working condition.

Six World Trade Center was a U.S. Customs House that inspected goods and processed customs declarations coming in and going out of the United States. This Kimber was preparing to be shipped overseas to Italy and was being stored in the building's basement when the attacks occured and the building collapsed.

When the cleanup effort reached the Customs vault months later, they discovered it was still intact and recovered the Kimber along with 99 other guns and all manner of items. After being inspected for damages, the pistol continued being processed and was sent on its way to Italy.

It remained in Europe for more than a decade until an Italian who learned of the gun's incredible story approached the NRA National Firearm Museum about reimporting the 1911 to the United States. The museum staff were in awe over receiving another firearm from 9/11 and gladly accepted the offer. You can now see the Kimber, alongside officer Walter Weaver's Smith & Wesson, proudly on display in Fairfax, Virginia.