Raising the Next Generation Through Creation And Conservation 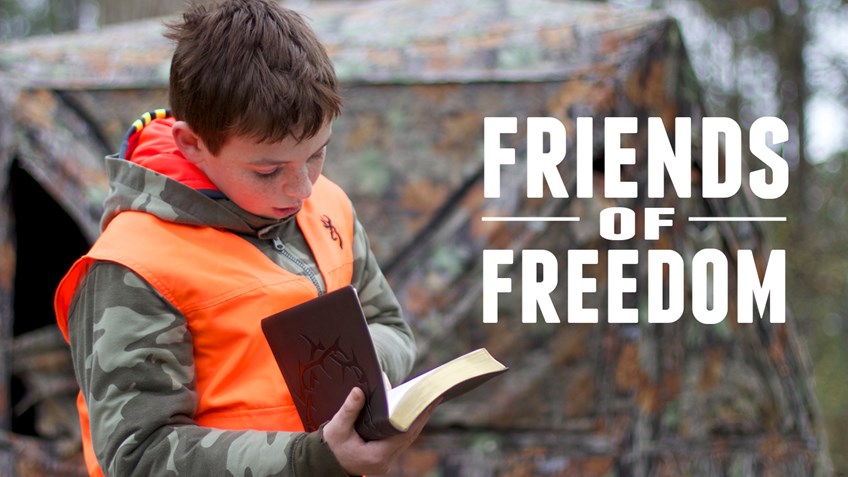 More
SUBSCRIBE
Friends of Freedom is a nationwide, multi-media, mission-based campaign highlighting the dynamic faces behind our mission - those who push forward with tireless energy to protect our Second Amendment freedoms and those who are impacted by that fearless drive to foster the future of the shooting sports on local, state, and national levels.

My vision for Rain Down Ministries began as I served as the youth leader in a church during college. While working with the youths I realized that we live in a day where we have lost the path to manhood for our boys. Once boys learned principles like responsibility, initiative, risk, and commitment by default, but they now have to be taught these things intentionally.

Firmly believing that God designed each boy to grow up to understand and live by these principles, I struggled with how I was going to teach them. I began to think about how I learned them myself. I learned from spending time with my father, following him through the woods at our hunting camp. At the hunting camp I began to learn how to be a man. I gained a sense of adventure, hard work, courage, and good decision making. I began to see the Biblical principles being taught every Sunday at church lived out. 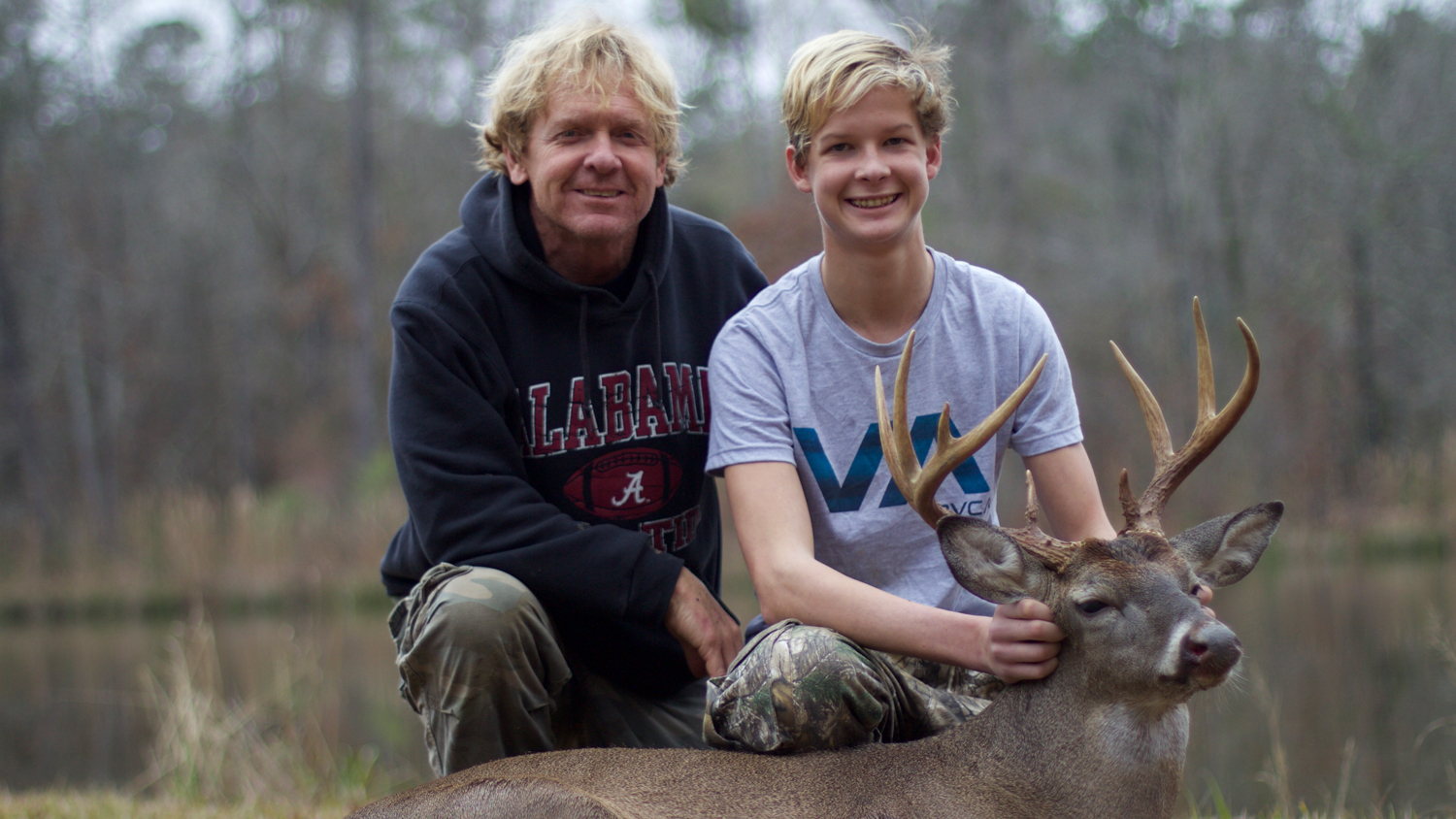 With that realization, I knew that I wanted to recreate my experience for the next generation—to teach boys how to be men through a hunting camp based around education and experience. We wanted to be intentional about teaching these youth hunters the principles of being a Godly man while giving them the experience of a lifetime. But despite our planning and preparation, we had no idea how the first camps would go and if they would make the difference that we hoped. In no way were we ready for just how incredibly they succeeded.

After the first few years of hosting our Refuge Hunting Camps (RHC), we realized that they were the perfect classroom for teaching three important truths: creation is a gift to enjoy; creation is a responsibility to be stewarded; and all of creation points to God’s grace in Christ. These truths drive what Rain Down Ministries does as an organization and fuel our mission to teach youth Biblical principles for life through creation and conservation, with RHC as the primary means of carrying out that mission. 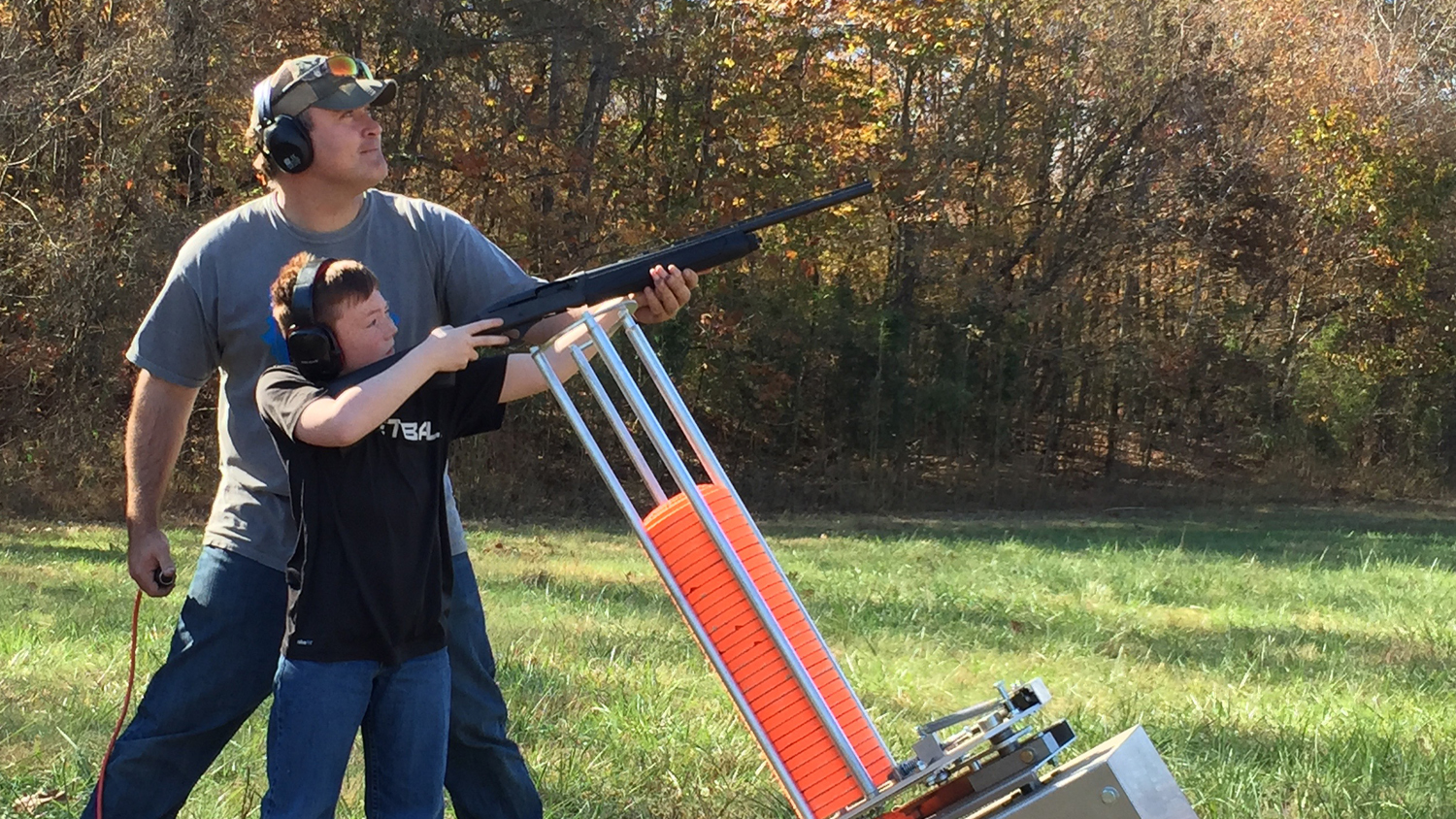 RHC participants learn to recognize the gift we have in creation and why we love to spend time in it. They learn hard work, good decision making, making commitments and long term thinking through practicing conservation. We teach them to have responsibility for their actions as hunters and to make good decisions as they hunt. Before they can harvest an animal, they identify it, determine its age and gender, and then make an ethical shot. Through this process we teach them to make good decisions in an excited state as well as how to be patient for the right moment.

Held from November through January, Refuge Hunting Camps host boys ages 10 to 18 and their fathers for a three-day whitetail deer hunt. If a boy doesn’t have a father or a guide to attend with him, we provide one so that he can have the mentoring experience that is key to this program. The camp is designed to give fathers and sons, as well as families, time together. Participants spend time hunting, learning principles and practices of conservation, and getting to know other father and son or family groups. Adults and youths participate alongside each other, learning about conservation while putting it into practice, hunting and attempting to harvest an animal while thinking through how that fits into being stewards of creation. And although our primary focus is boys, we have found that girls love to participate in our outdoor ministry as well. 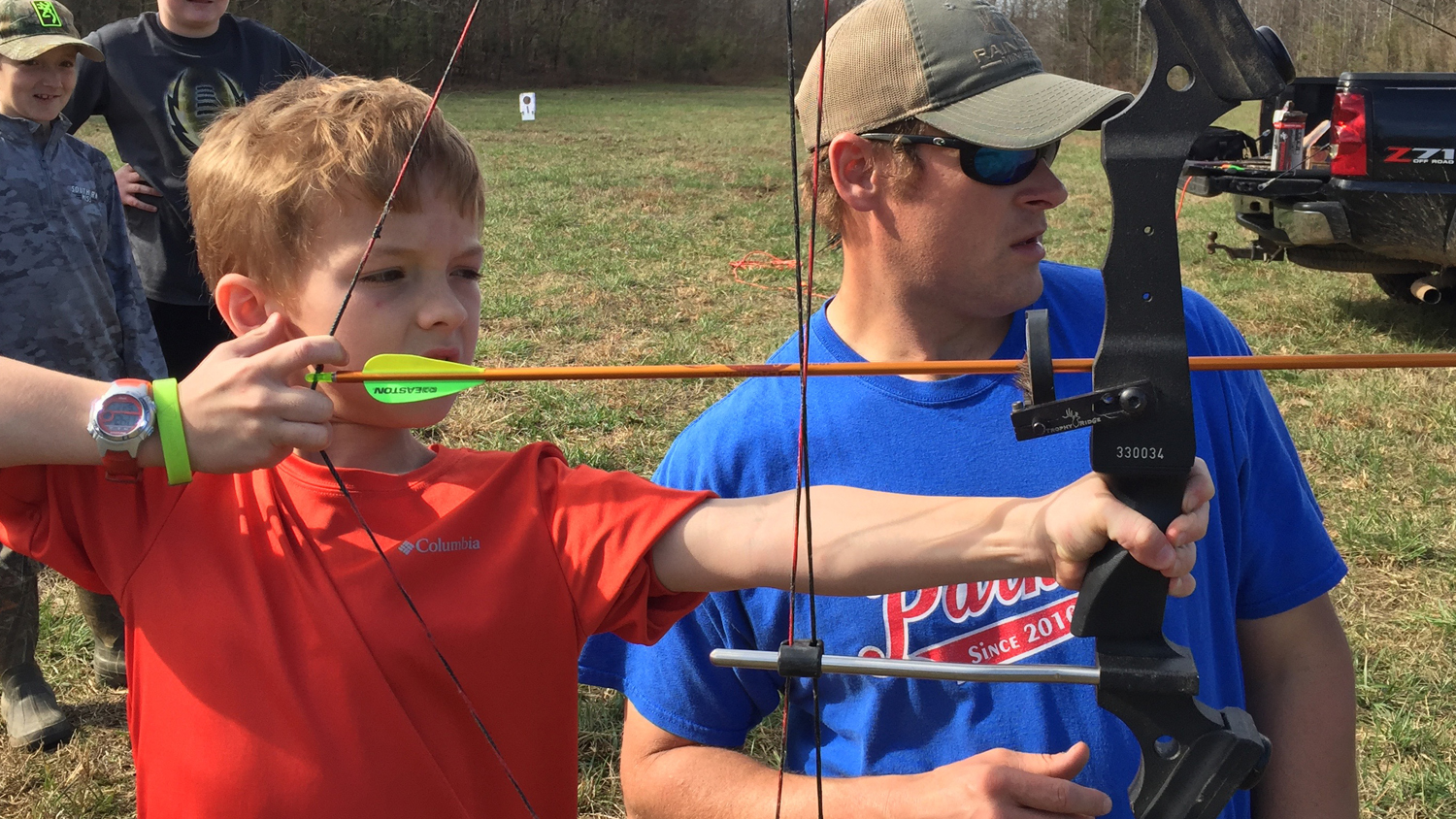 Our community has also grown to include members of law enforcement and combat veterans who both volunteer for and participate in the camps.  It started with the combat veterans coming to camp as guides for the youth hunters who did not have a father and grew into them desiring to bring their children and families to camp. It is great to have them in camp to be able to share their stories and our appreciation for them with the rest of the campers. Their expertise is invaluable for sighting in rifles and instructing youth shooters. There are few things more moving than seeing a former U.S. Army Sniper laying on the ground beside a 14-year-old young man teaching him how to shoot a rifle.

Sam Caston, a U.S. Air Force veteran wounded in combat, has embraced our mission. “I have hunted my entire life,” he says, “but I will never walk in the woods with the same mindset again.” He now heads up a Refuge Hunting Camp program we are working on for combat veterans and their families. 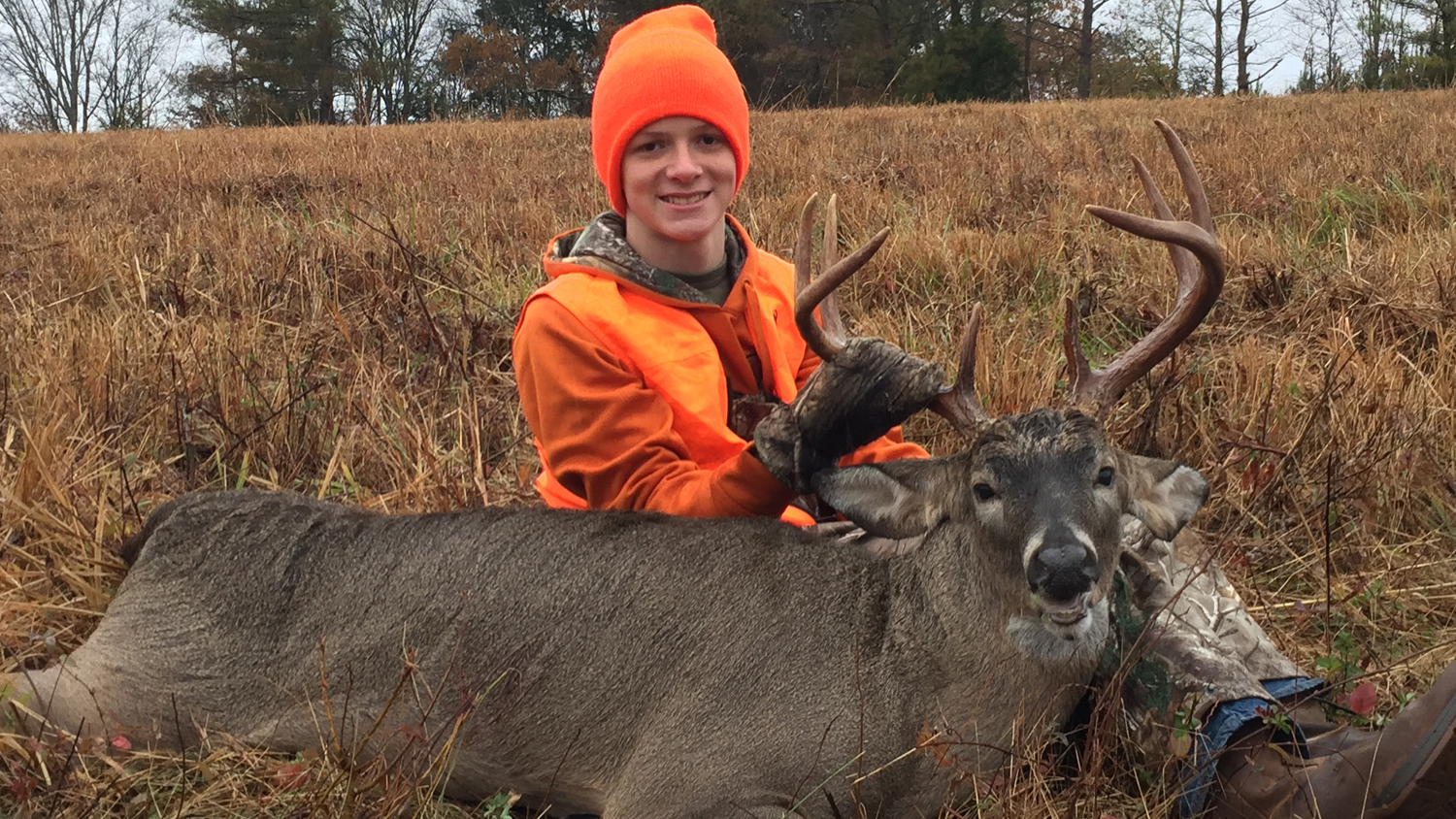 From our very first RHC, we realized that many youth in our country have grown up in homes with no guns or with limited access to guns. In order to introduce our youths to guns and the shooting sports as well as teach them how to be proficient in a hunting situation, we created the Sportsman’s Challenge. During the Sportsman’s Challenge at RHC, the youth shooters learn three disciplines of shooting—wing shooting (skeet), precision shooting (rifle), and archery—and have the opportunity to compete as individuals and teams.

NRA Foundation grants help provide the tools we need to make these camps and activities happen. There are always kids at camp who do not have access to a hunting rifle, ammo, or other necessary gear. Grant support makes it possible for those youth hunters to go through the RHC with quality equipment to use. Additionally, it ensures that we have the best tools available for the Sportsman’s Challenge to teach the youths how to handle a firearm and how to be proficient hunters as they practice conservation—skeet throwers with wobbles kits allow us to teach wing shooting in a realistic manner, and rifles help us teach proper shooting technique and shot placement of big game animals. 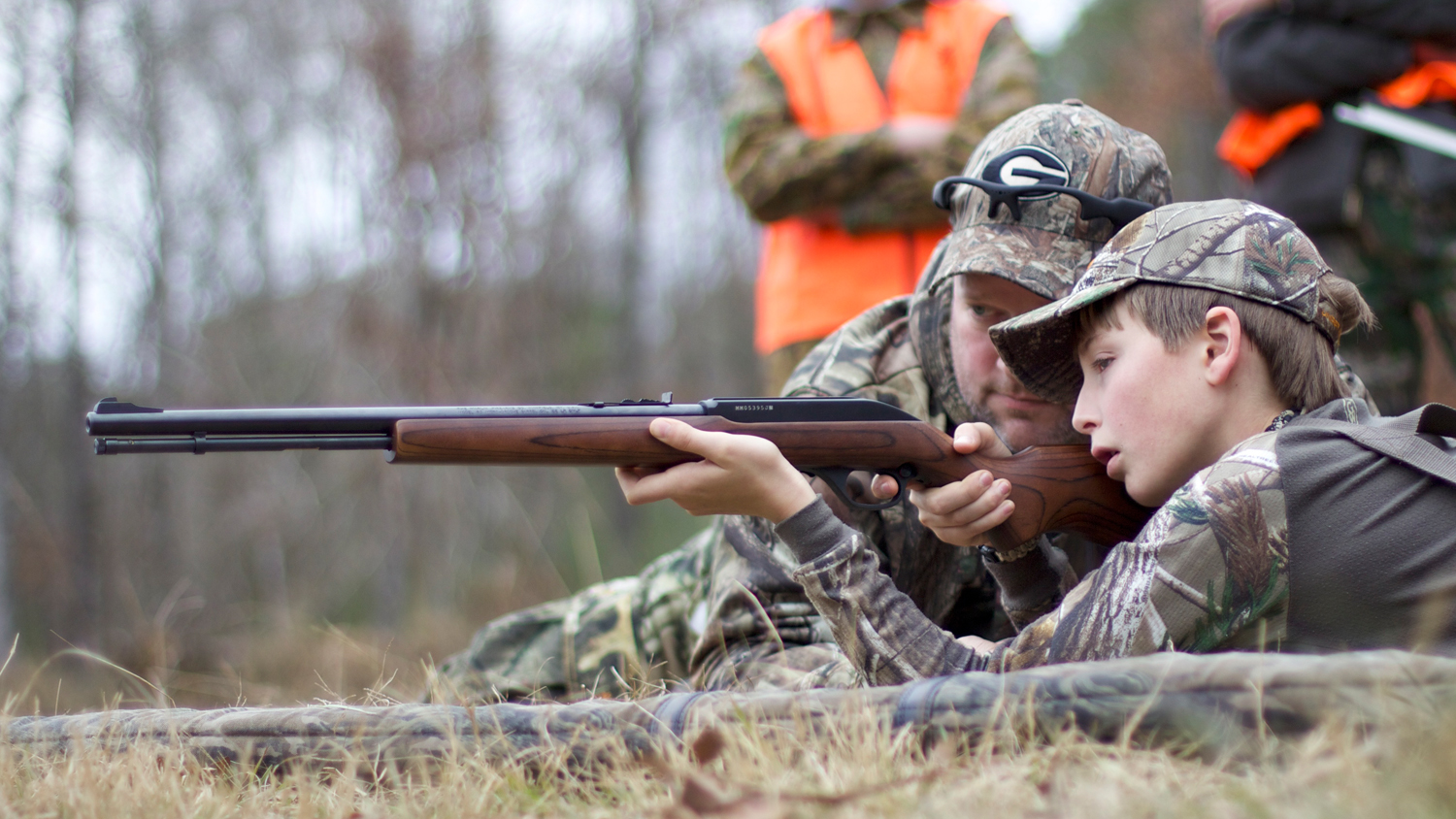 The feedback we receive from our participants has been wonderfully touching and motivating. After each camp, at least one father will come up to me and say that the three days they spent with their child was the best time they have spent with them in their lives. One man in particular came to me with tears in his eyes, expressing he had not spent that type of quality time with his 14-year-old son since he was a baby. Another time, a combat veteran explained how he could not spend time with his family in public because of the issues he faces with PTSD, but he loved the camp because he could spend time with his children in an environment that wasn't stressful to him.

This past season our Refuge Hunting Camps hosted 168 youth hunters from six states. With each youth hunter’s guide and our support personnel we had well over 300 people in camps. As we work to make the Sportsman’s Challenge its own program available year round, we anticipate that more than 300 youth participants of our programs will use the NRA Foundation grant equipment in 2017. The impact being made through the grant program cannot be understated, and we could not do what we do without it. Every grant helps us raise up a generation that understands that creation is a gift from God to enjoy and that conservation is a responsibility to practice.

Do you know of an organization that could benefit from an NRA Foundation grant? Click here to learn more and apply today!