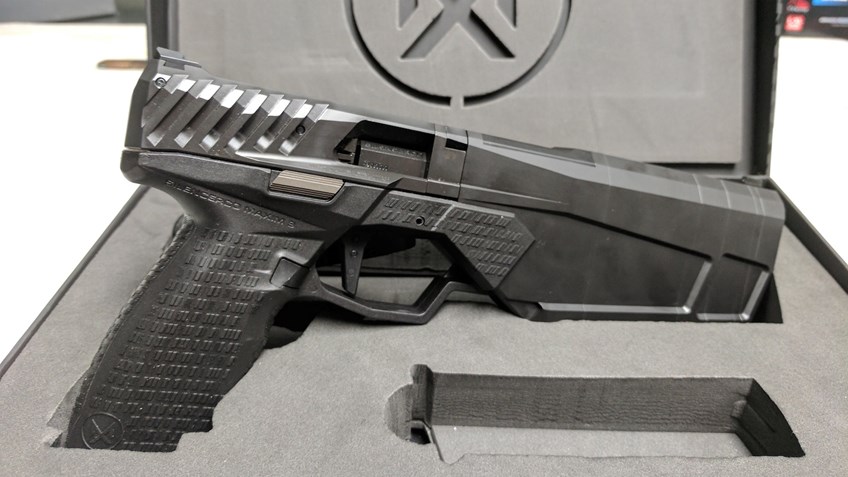 The team at SilencerCo has spent the last few years designing and building an integrally suppressed pistol. The design has created quite the buzz in the firearms community and its release has been eagerly anticipated. The final product – known as the Maxim 9 – is finally shipping to dealers, and thanks to the generosity of SilencerCo, one has just been added to the NRA Museums’ collection to take its place in firearms history.

While the design looks very futuristic (NRA Museums Senior Curator Doug Wicklund says it reminds him of the “Deep Sleep pistol” used in Logan’s Run, set in the year 2274), integrally suppressed pistols are nothing new.

SilencerCo knew this, and sought out the experts at the NRA National Firearms Museum to discuss the history of these firearms. The museums staff joined Jason Schauble, President of SilencerCo, to revisit integrally suppressed pistols from history and eventually settled on the High Standard HDM from World War II as a focal piece.

After that, a team of representatives from SilencerCo, Gemtech, and the American Suppressor Association visited NRA headquarters last December to experience some “hands-on history,” handling the rare HDM in the museum’s collection. Senior Curator Phil Schreier sat down with their film crew to discuss the High Standard HDM and its colorful history with the Office of Strategic Services (the forerunner to the CIA). 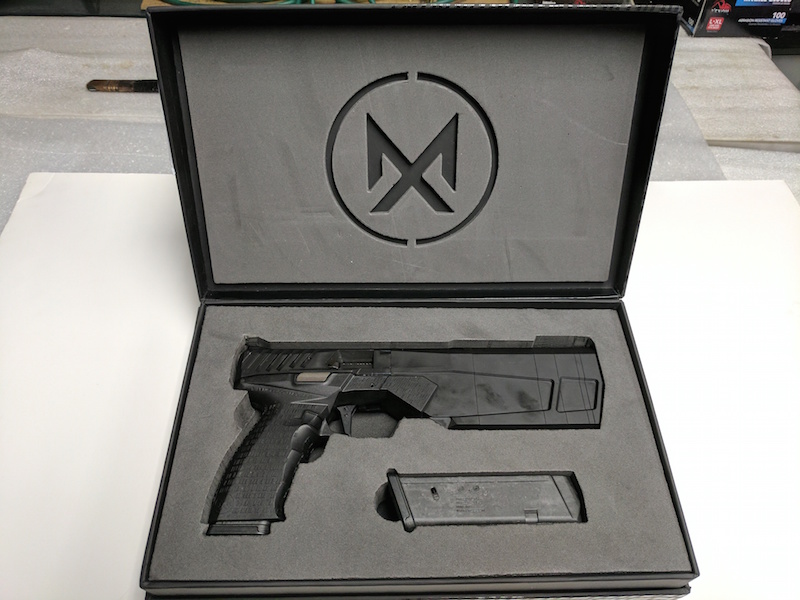 With the Maxim 9, SilencerCo created the “world’s first integrally suppressed 9mm handgun that is holster-able and hearing-safe with all types of 9mm ammunition.” Starting with a prototype built from a Beretta 92 with later versions using Smith & Wesson M&P9 and custom frames before developing the proprietary base, the SilencerCo Maxim 9 has evolved from futuristic concept to reality.

It wasn’t just the first integrally suppressed firearm built by the company – it was their first foray into firearm development. Developing the Maxim 9 had been a goal of the company since its founding.

“We couldn’t copy anybody else. This was a whole new design,” said Casey Brandol, a Design Engineer with SilencerCo.

“We had to take all the mechanics that are normally parallel to the barrel or in front of it and move everything behind to make room for the suppressor,” added SilencerCo Director of Research and Development Harrison Holden.

After nine years of dreaming, thousand of hours or trial and error, and numerous failures that taught the company valuable lessons, the Maxim 9 finally emerged from the imaginations and brilliant minds at SilencerCo.

The pistol is not merely integrally suppressed – it packs loads of other innovations and modern conveniences, including user-configurable length for maximum adaptability, cuts for approved aftermarket optics, ambidextrous controls for easy right- or left-hand manipulation, and a unique striker-fired action that allows space for suppression, reduction of recoil and incredible balance.

I had the opportunity to shoot the Maxim 9 a few months ago and was pleasantly surprised with the results. They delivered exactly what they promised. Moreover, the amount of felt recoil was also reduced with the gun. 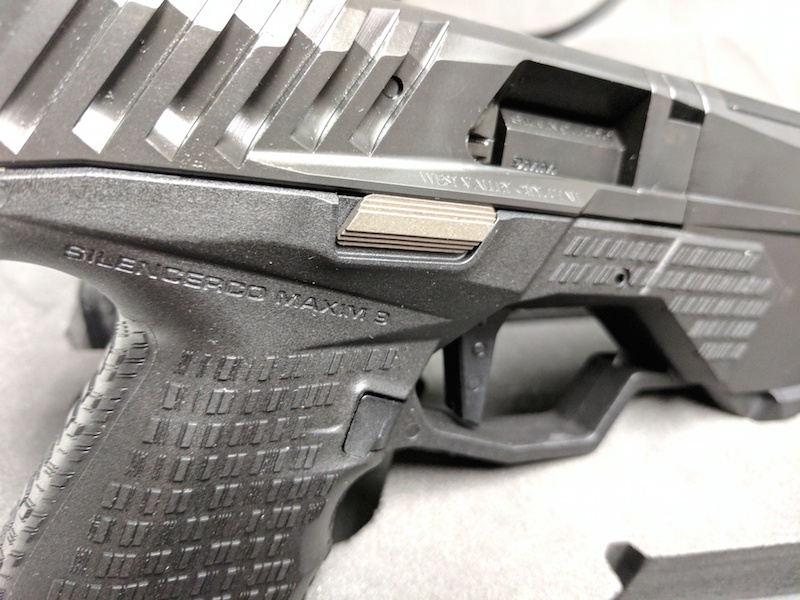 The NRA National Firearms Museum is a history museum that chronicles the story of firearms, their development, impact and role in world history. That story would be incomplete without the history of suppressors and integral suppression, and the NRA Museums are proud to add another important chapter with the SilencerCo Maxim 9. Watch for the Maxim 9 to be added to one of our galleries in the near future!