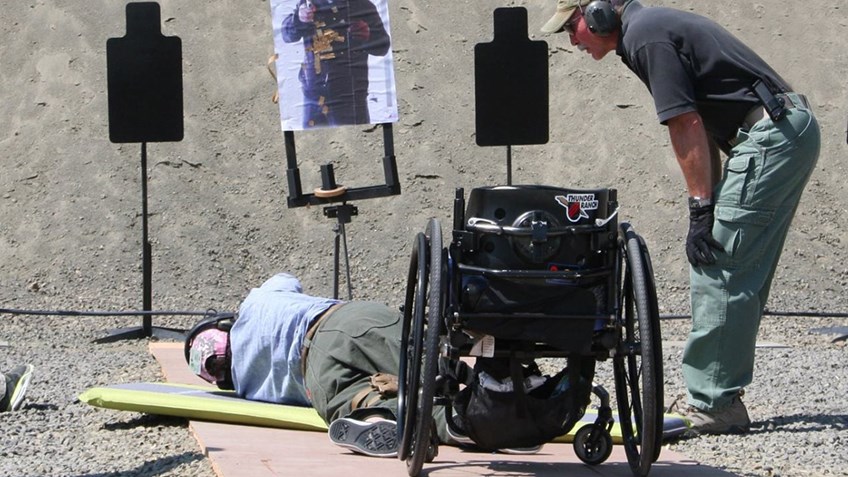 I suppose you could consider me a victim, which is defined as a person harmed, injured or killed as a result of a crime, accident, or other event or action. But I don’t think of myself as a victim. I think of myself as a young woman who made some choices with a lack of life experiences.

I was a vibrant 23-year-old college student studying Political Science and working part time at UPS. With less than two weeks until Christmas, work was overflowing with holiday elves sending packages in hopes it will make it under the tree in time.

He shot five times at point-blank range with a .38 revolver. Three bullets entered and exited, one missed, and one collapsed my lung and lodged in my spinal cord. I became a paraplegic instantaneously. Later that evening, he shot himself with the last bullet as he was being apprehended by the police. 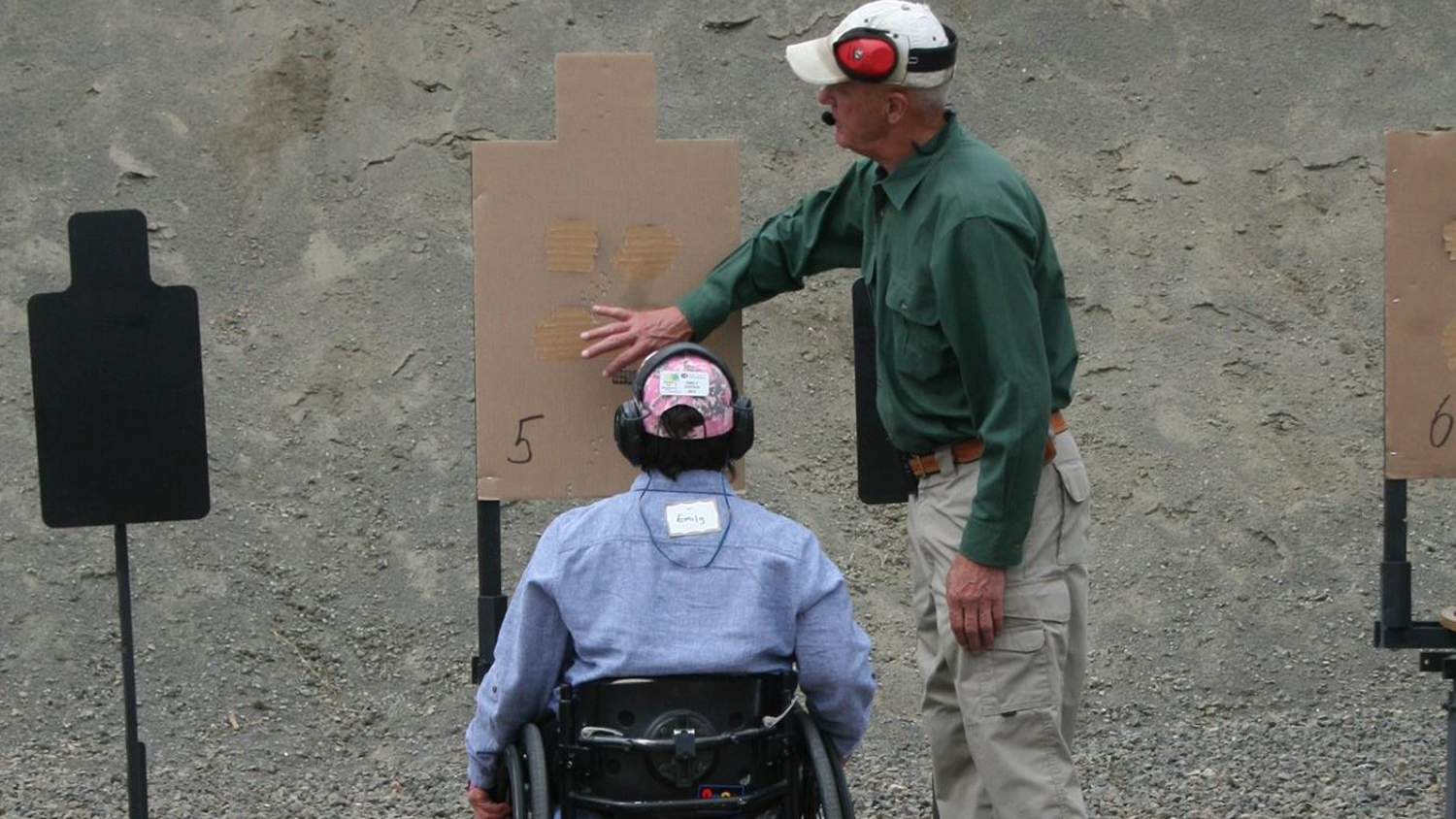 I awoke the next day in ICU. My doctor bluntly told me that I'd be in a wheelchair for the rest of my life. But having played sports my whole life, I was determined that a wheelchair was not going to change that. After three months of rehab, I was back in college to complete my bachelor’s in political science.

Through it all, I never thought of the gun as the problem or the reason why I was in a chair. Instead I've always thought of the person who pulled the trigger—a person that I loved and who had professed to love me, too. I still can't understand why someone would want to do harm to someone they love and then take their own life, especially when we had our whole lives in front of us.

Like many young people, at 23, I pretty much thought I was invincible. I was always a fighter, with a creative mind and a way of figuring out a way to do whatever I wanted. I was proud to be completely independent, but I've learned now that in truth I am interdependent on so many other people.

A few incredible athletes with spinal cord-injuries were some of those people. They introduced me to a new world—wheelchair basketball, track, and road racing. By 1983, I was competing nationally and internationally in track and field and began my road racing career with 10K's and marathons. I continued racing through 1993, and then began 3-event water skiing (slalom, ticks, jump) when I moved from California to Georgia. I competed nationally and represented the U.S. in the 1997 World Championship.
I was always a fighter, with a creative mind and a way of figuring out a way to do whatever I wanted
After moving back to California, the search was on to find a new competitive sport—something not so physical this time. I started with an NRA women’s shooting event, which led me to take an NRA basic pistol course. During a visit to my local shooting range, I was asked to join a local Guns and Ladies program. I didn’t have much experience or the right equipment, but it didn’t matter. The spirit of that sisterhood mattered, and I was hooked.

Professionally, I have worked as an Assistive Technology Provider for more than 30 years. Seeing a new injury or meeting a young child for their first exposure to independence after an injury has been the best reward that my injury has given me. Changing someone's idea about what or how the rest of their life can be—what could be better than that? It's the same reward I get from volunteering in the shooting sports.

In my spare time, I work as an NRA pistol instructor and RSO at the Hogue Action Pistol Range at San Luis Obispo Sportsmen’s Association (SLOSA), which recently received grants from The NRA Foundation to fund upgrades for the facility to handle wheelchairs and other adults with disabilities.

The Guns and Ladies program started about four years ago, and I've joined them as a volunteer for the past three. We introduce more than 600 women and about 35 youth to the shooting sports each year, through several clinics held January through October. A group of about 55 volunteers and a core team of about 15 people who staff the Guns and Ladies program every month—and the staff is all women, for women. 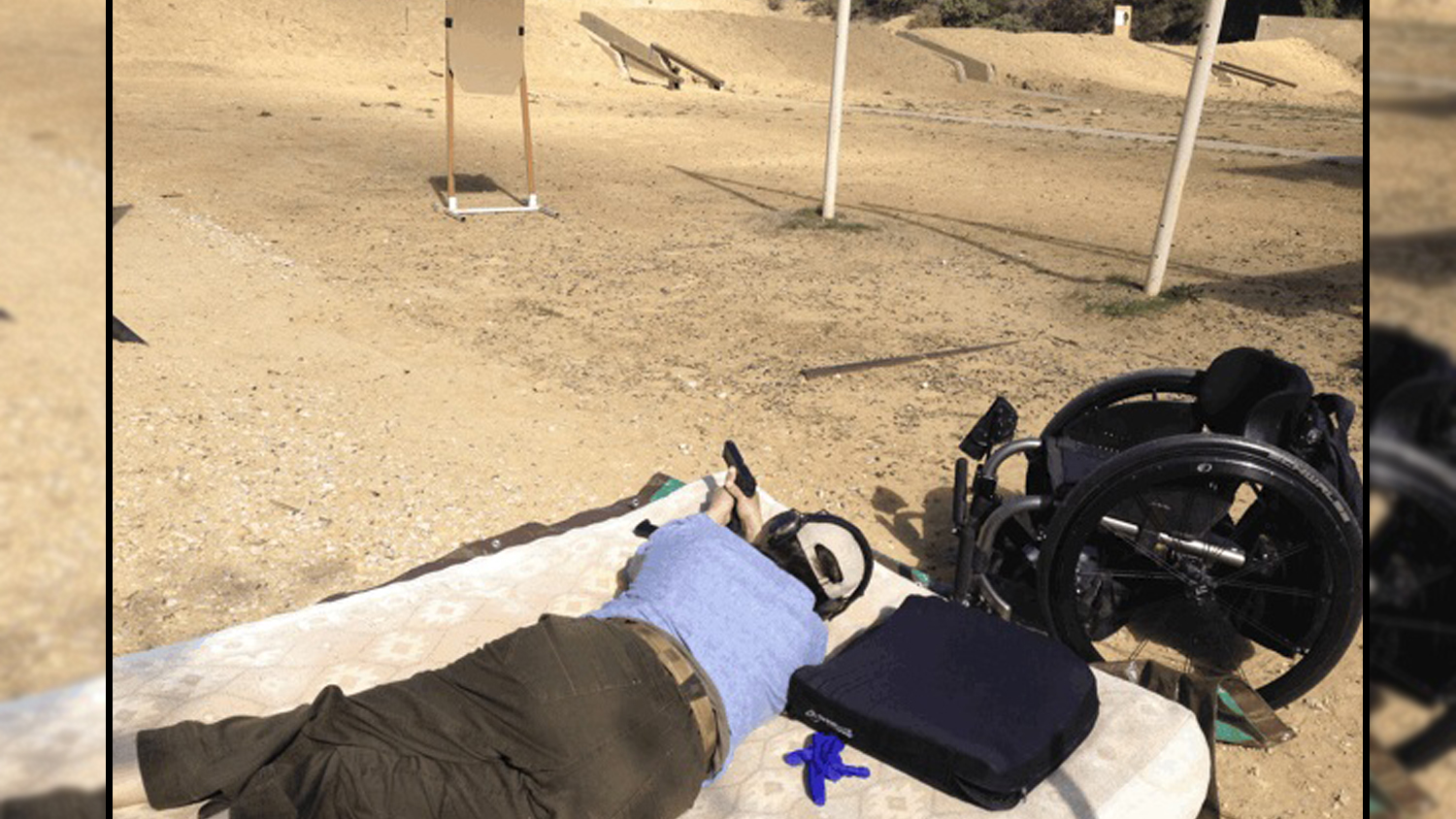 The program is an empowering experience both for us as volunteers and for every woman that we teach. That empowerment speaks for itself. With word of mouth as our only advertising, we fill our clinic each and every month within seven minutes.

This program that inspires so many women wouldn't be possible without the generous grants from The NRA Foundation that was awarded to us by Friends of NRA and the help of sponsors, but most of all it is our family of volunteers that proudly illustrates the love of the shooting sports. It's a phenomenal feeling to be able to educate women about the shooting sports in a comfortable environment and help them overcome their fears to become competent and safe firearm owners.
The program is an empowering experience both for us as volunteers and for every woman that we teach
I am so thankful to have been welcomed with open arms to the shooting community. I have been gifted equipment, classes and support from many people, including Clint and Heidi Smith of Thunder Ranch who introduced me to the world of defensive handgun and Art, Janet and Eric Leach along with the entire SLOSA organization who provide a stellar and safe place to shoot.

I think when people see a woman with a disability out on a range either practicing her shooting skills or teaching other women they sometimes get a wakeup call. There is no excuse not to learn about the safe use of firearms. And it’s not just about protecting yourself and your family, but also about passing on that knowledge and experience to another sister. The extra bonus? A whole lot of fun.

Bring empowering NRA programs like Women On Target® and Refuse To Be A Victim® to your town. To learn more about grants from The NRA Foundation, click here. To learn about Friends of NRA in your area, click here.