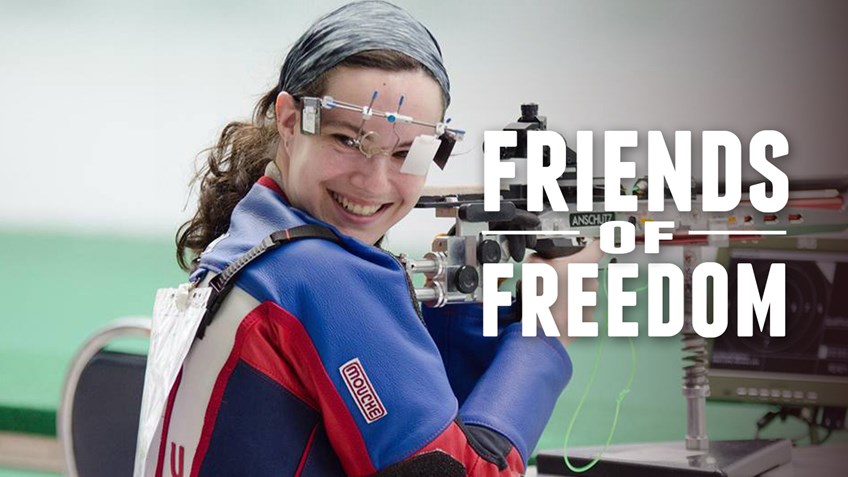 McKenna Dahl is a 20-year-old student-athlete from Arlington, Washington with big dreams and a plan to make them reality. She may get things done a little differently than most, but don't underestimate her—she'll probably surprise you.

“Ernie Butler gave me my start,” recalls McKenna. “He pushed me to explore areas of life that I never knew were available. As a six year old, you are really just starting to learn more about the world and maybe realize that you are a little different than everyone else. Ernie taught me from a young age that being different is extraordinary and will take you far. Following his advice has changed my life, and I've never looked back.” 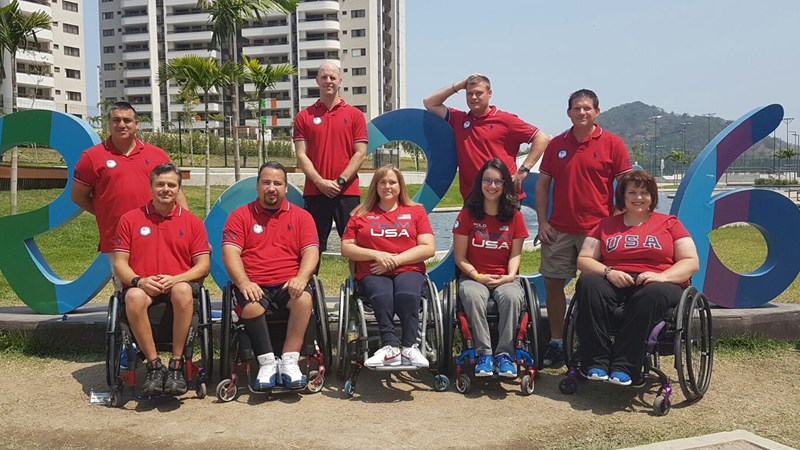 At age six, McKenna started attending Camp Access, a three-day camp focusing on the outdoors for kids with disabilities. Born with Arthrogryposis Multiplex Congenita (AMC) in her left hand and both feet, McKenna underwent multiple surgeries on her feet to correct a clubbed foot that often accompanies the disease which causes muscles to form improperly and results in joint contractures. It altered how she played sports, but it did not slow her down. McKenna’s parents were determined to give their daughter every opportunity - giving up was not an option, no matter how difficult the task. Days at Camp Access consisted of inner tubing, fishing, sailing, kayaking, and handcycling among others. That was until she turned 12 where the options of activities were different for the older kids. For McKenna, this was a game-changer.
Ernie taught me from a young age that being different is extraordinary and will take you far.
“When you turned 12, instead of going bowling, you got to go shooting. My best friend and I turned 12 the same year and turned the morning of shooting into a little competition. I fell in love, and Ernie Butler, the camp director, invited me to shoot at an NRA Sectional he was hosting,” beams McKenna. “I absolutely loved it, and six months later, I was shooting at the NRA Junior Nationals in New Mexico. I thought it was so much fun, and it was even better to shoot against, and beat, the guys. I was invited to a Paralympic Training Camp that National Paralympic Coach Bob Foth was hosting at the end of that first year. He told me I had great potential if I stuck with it, and I was hooked.”

While McKenna was actively competing, she was also volunteering at her local Friends of NRA event. This opened the door to learning more about the NRA Youth Education Summit (Y.E.S.). She applied and was accepted in 2013 as a rising high school senior. 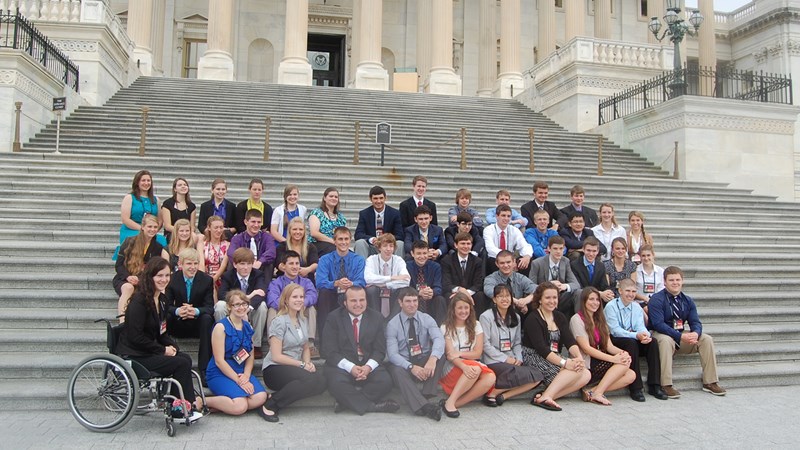 “The Y.E.S. program allowed me to reach out and connect with other teenagers my age who all had similar interests: mainly working to protect the Second Amendment and learn as much about our government as we could,” says McKenna. “As part of the next generation, I felt like it was extremely important to start working toward understanding how the system works and what we can do to impact it and protect our freedoms. It was also quite amazing to actually find more like-minded individuals. I also loved shooting the AR-15 at the NRA Range. It was the first time that I had the chance to shoot one, and it was great that it was easy to use and easy for me to shoot on my own. I can't wait to get my own.”

Back to rifle, McKenna started shooting competitively in January 2010. By December, she was at a shooting camp at the Olympic Training Center, and she never stopped. She competed in her first international competition in January 2013, and by June she was named to the National Development Team. Her skills at the IPC Shooting World Championships in Suhl, Germany, in 2014 earned McKenna a quota slot for the United States Paralympic Team. She was the first athlete to do so, and this meant that the U.S. officially could send an athlete to the 2016 Paralympic Games in Rio. For McKenna, there was still more work ahead to capture that coveted slot. Just a few weeks after graduating high school, she moved to the U.S. Olympic Training Center in Colorado Springs, Colorado and continued to compete.
It was then that I realized my dream was becoming a reality, and I was ready to do what I had trained for.
“In 2015 I battled through some equipment issues, but started pulling everything together at the beginning of 2016,” says McKenna. “I made my first R5 Prone final at the UAE World Cup in January 2016, finishing in fifth place. In March 2016 we traveled to Thailand, and I finished fifth in the R4 Standing final. In April, I finished fifth again in the R5 Prone final at the Poland World Cup. Later, while at the International Shooting Competition of Hanover (ISCH) in May, I was officially named to the United States Paralympic Shooting Team, bound for Rio in just four short months. My biggest focus before Rio was finding breathing techniques that focused all of my mind just on the breaths. This allowed me to pull all of my thoughts together, calm my heart rate and find internal peace.”

Internal peace no doubt helped McKenna capture her bronze medal and make history with a 10.3 in the R5 (mixed 10m Air Rifle Prone SH2) event. Not only was she the first woman to win a Paralympic medal in shooting for the United States, she was the first American to win a medal in Paralympic shooting in 12 years. 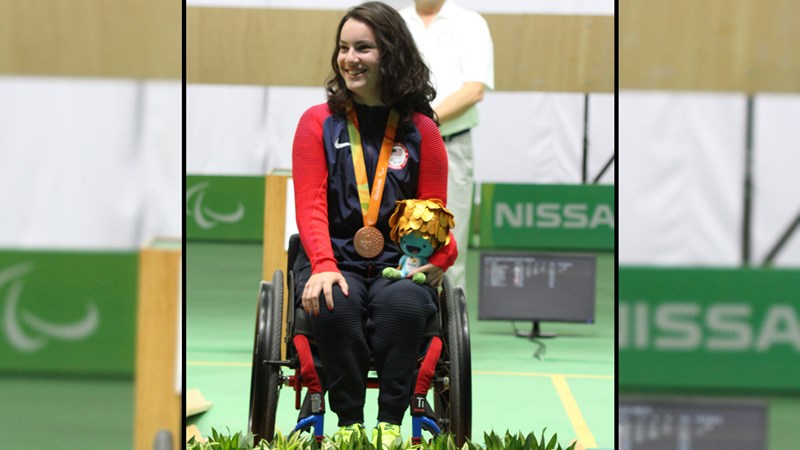 “I think that it really hit me the first time I entered the Athlete Village in Rio. It was then that I realized my dream was becoming a reality, and I was ready to do what I had trained for,” exclaims McKenna. “My time in Rio was one of the best times of my life. I was there for three weeks, and everything was just beautiful. We had great weather and a fantastic range. Brazil did a great job building all the venues and putting on a Games that I will always remember. I think my favorite part, besides winning bronze, was just meeting all the people there and connecting with them. Normal shooting competitions max out around 300 athletes, and there were over 4000 athletes in the Village. It was amazing to walk around and make connections with so many people from different cultures.”
More than anything, I'm proud of myself and the dreams I have achieved.
“It's such an honor to represent the United States so well on the world's stage,” she continues. “More than anything, I'm proud of myself and the dreams I have achieved. It also means that I can start paving the road for those coming up behind me. I want to make a difference, and I believe that being an example for others can help me do that. Life has definitely been a lot busier! I never seem to slow down much. I've had the honor of meeting the President, being the Grand Marshal of the Homecoming Parade at my alma mater, and being named the Paralympic Athlete of the Year by USA Shooting! I feel blessed to have received so much positive feedback from across the nation and to have the opportunity to go home and share my accomplishment with those who got me started. My disability has opened so many opportunities for me. Without it, I would not be where I am today. It has shaped my entire life, and while it may be difficult at times, I'm honestly thankful for it.”

So what’s next for McKenna Dahl? After graduating with her Bachelor’s in Business and Technical Management with specialization in Criminal Justice at DeVry University this past May, she is now focusing on pursuing law school with her finger on the trigger for Tokyo 2020. Surprised? You shouldn’t be…