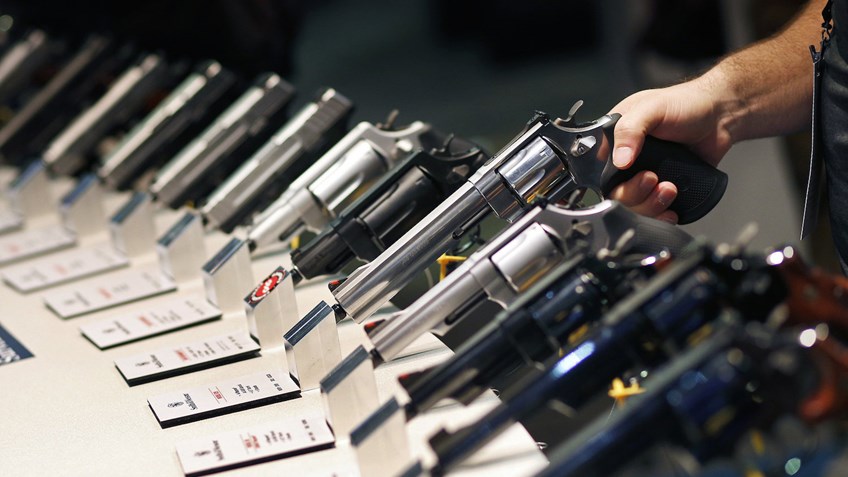 I like guns -- a lot. It’s perhaps the main reason I came to work for the NRA. Judging by the sharp increase in gun sales in the U.S over the past decade, I’m clearly not alone in my fondness for firearms and the shooting sports.

Guns are as diverse as their owners, purpose-built and endlessly customizable. Just think of the AR-15 and the myriad possibilities that exist to make it truly “yours” – a gamut of colored furniture, tactical accessories, optics and sights, slings, etc. Finding and customizing your firearm to fit your excruciatingly specific needs and desires is half the joy of being a gun owner.

Speaking of diversity, gun owners themselves are becoming increasingly diverse, as well. For instance, the number of women in target shooting ballooned 56 percent between 2005 and 2015. That same period saw an increase of 75 percent in the number of ladies in pistol shooting. That’s incredible.

What’s equally as incredible -- but nowhere near as encouraging – is how some gun owners unleash mockery and mean-spirited criticism on other gun owners for their gun and gear choices and opinions. 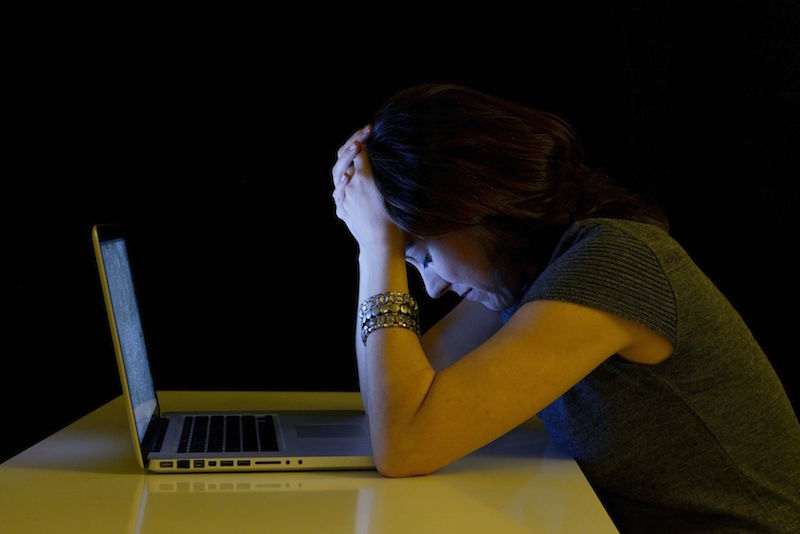 This “friendly fire” needs to stop. It’s not productive, and it discourages new and prospective gun owners from joining the community. I couldn’t possibly count the number of times I’ve been dredging through comment threads on Facebook, Instagram, Twitter, Reddit, etc., and come across some of the vilest, cruelest mockery of the firearms someone chose to buy or build, in many cases morphing into personal attacks.

There’s nothing wrong with being an expert or seasoned veteran, nor is there anything wrong with developing deeply rooted preferences in what gear you choose to run. In fact, the firearms community needs your expertise and guidance now more than ever. Record numbers of Americans have purchased guns – many for the first time – and getting the right info from the people who know best will help them become safer, better educated and more well-informed gun owners and users.

What they don’t need, however, is the primitive jawing and over-inflated ego of so-called “experts” scoffing at their choice of firearm color or caliber. We want more Americans to embrace their Second Amendment rights and join the ranks of those in the shooting sports lifestyle. Harassing and insulting them because they chose a pistol with a robin egg blue slide, or opted for a rimfire gun for home defense isn’t going to make that timid new gun owner feel any more welcome in a community already commonly lambasted by opponents as being hyper-masculine and insular, if not worse. 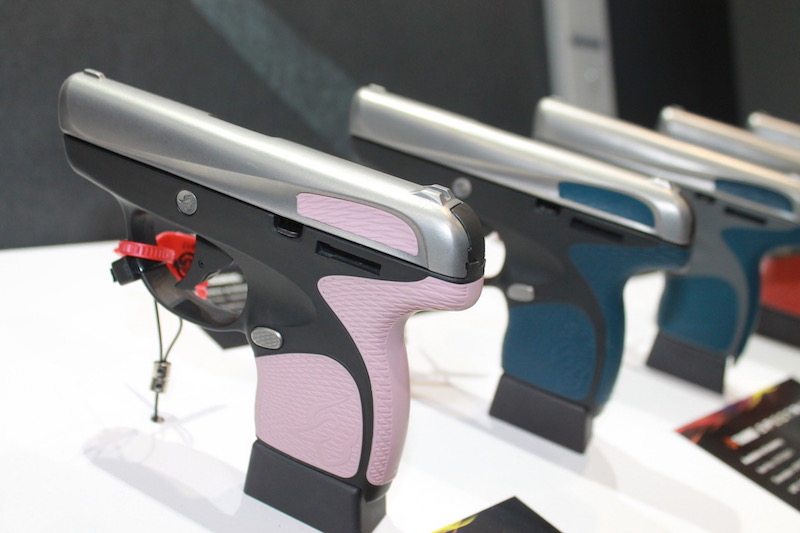 Look at Taurus’ new Spectrum pistol, which drew a lot of attention – some good, some critical -- when it was unveiled earlier this year. The wide range of non-traditional colors and sleek styling caught the attention of a growing class of female buyers looking for an effective-yet-aesthetically appealing concealed carry option, but the macho opinions in the peanut gallery took to the internet to bemoan Taurus and their new gun, slamming it as a “toy” and using “girly” as in insult.

Then there’s the AR-15 community, which has become so large and diverse it’s a microcosm of the gun-owning populace as a whole. The soaring popularity of the AR rifle invigorated entrepreneurs across the country to invest in milling machines and manufacturers licenses to begin cranking out rifles and parts; some companies specialized in high-performance, match-grade components, while others focused on building cost-effective basic guns and parts for those on a budget or new to guns.

I’m calling on gun owners to stop slighting each other for their choices, and instead help each other out. We have enough enemies to ward off on a daily basis.

Cruise around the forums long enough, and you’ll find more than a few “Tier 1 Tactical Operator Delta Force Super Soldiers” with more derogatory opinions and insults than there are AR-15 makers in the marketplace.

My interest in firearms, particularly AR-15s, grew gradually based on what I learned from research, done mostly online. Years ago before I ever dreamed of building an AR piece by tiny piece, I was completely overwhelmed by all of the options, the information, but mostly, the venom in so many of the comments and discussions online.

I had to sift through heaps of “my gun is better than your gun,” and “that gun sucks so you’re stupid to buy it,” in order to find legitimate, thoughtful and constructive advice and criticism used to make educated purchasing decisions. I was an active duty member of the U.S. military with some experience handling firearms, and still was discouraged by some of the bashing I encountered. I can’t imagine how someone entirely unacclimated would feel in that situation. God forbid they ask a question about Hi-Points, or solicit advice for choosing between a 1911 and a Glock.

Did you stop and consider the circumstances behind someone’s purchasing decision? What about their needs, which may be extremely different than your own? Does a new gun owner who only intends to use his rifle once a month at the range for plinking need a $3,000 race gun? I can assure he doesn’t need you insulting him when he chooses an entry-level model, instead. Would a small-framed young woman looking for a lightweight and concealable pistol, preferably one that came in a vibrant finish or color she liked, truly benefit from some tactical duty pistol replete with rails and lightening cuts and lasers and lights? What about the cash-strapped buyer who really wants a utilitarian gun for self-defense who may not be able to afford a high-end model?

Think about when you first got into guns. Remember all the questions you had about the most fundamental and basic issues. You might have spent your entire life learning about firearms and figuring out what works for you, but that certainly isn’t true for everyone else. New gun owners go to gun shops and read forum posts and social media comments to get opinions and advice from you, the savvy long-time gun enthusiast whose been around the block and knows their stuff. They didn’t ask for you to laugh at and humiliate them. Even in conversations with other more experienced gun owners, you still can choose to educate, discuss and debate, instead of criticize, insult and berate. 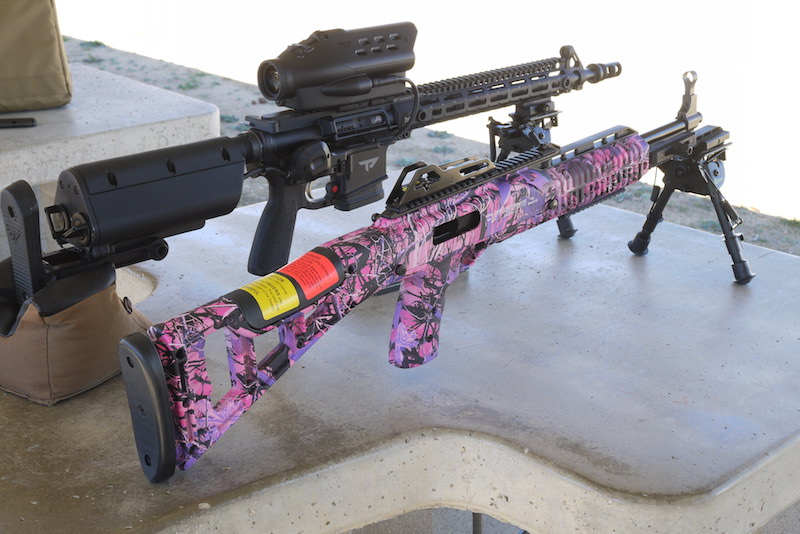 This isn’t some plea to censor the passionate gun-owning masses online from sharing their opinion, nor is it an effort to dilute the firearms discussion in our country to make it palatable to “snowflakes.” I’m calling on gun owners to stop slighting each other for their choices, and instead help each other out. We have enough enemies to ward off on a daily basis, those who spend billions of dollars waging ideological and political warfare bent on destroying our cherished way of life.

Rather than beat up on folks who want a pink pistol or budget AR, we should be working together to beat back gun grabbers and liberal elitists who don’t care what kind of guns we own -- as long as they can wrest them away from us for good, it’s all the same to them.

(Photo courtesy/A Girl And A Gun)

By all means, have your opinions and share them. But please, be a friend, mentor, teacher, and guide to other gun owners. Embrace civility, and encourage healthy discussion. You can even entertain spirited debate when you disagree about what elements constitute the perfect CCW pistol or pinpoint-accurate precision rifle. I only ask that you refrain from belittling other gun owners for their choices.

We, American gun owners, have incredible strength in numbers, and the power and conviction of the National Rifle Association fighting to ensure our Second Amendment always survives. We will continue to defend our rights, our values and our way of life against the onslaught of those who seek to destroy it. We just shouldn’t have to defend ourselves against each other.