A Sea-Going Arsenal: Guns of the Yacht United States 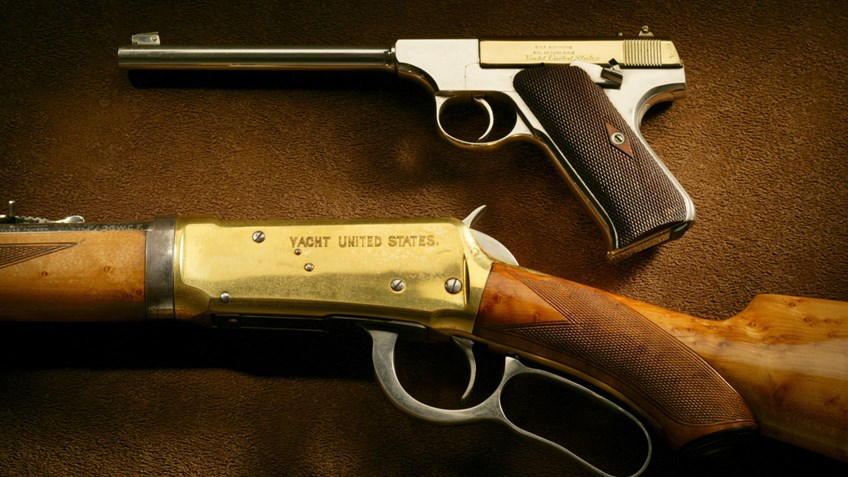 Imagine inheriting a personal fortune of $100 million and then being free to spend that sum in any way desired.

Perhaps this is a dream that many would like to share, yet the man who had received this money had experienced a hard life early on. Edward Howland Robinson Green was the son of Henrietta “Hetty” Green, the woman nicknamed the “witch of Wall Street” for her business acumen and reputation in brokering loans to powerful bankers. Despite her wealth, Hetty was someone who pinched every penny. When her son broke his leg as a child in an accident with a street cart, she shopped around to find the cheapest doctor, even trying to get him admitted to a free clinic in vain. The process took so long that young Ned Green developed complications from gangrene and later his leg had to be amputated several inches above the knee. For the rest of his life, he was to hobble around on a cork prosthesis. 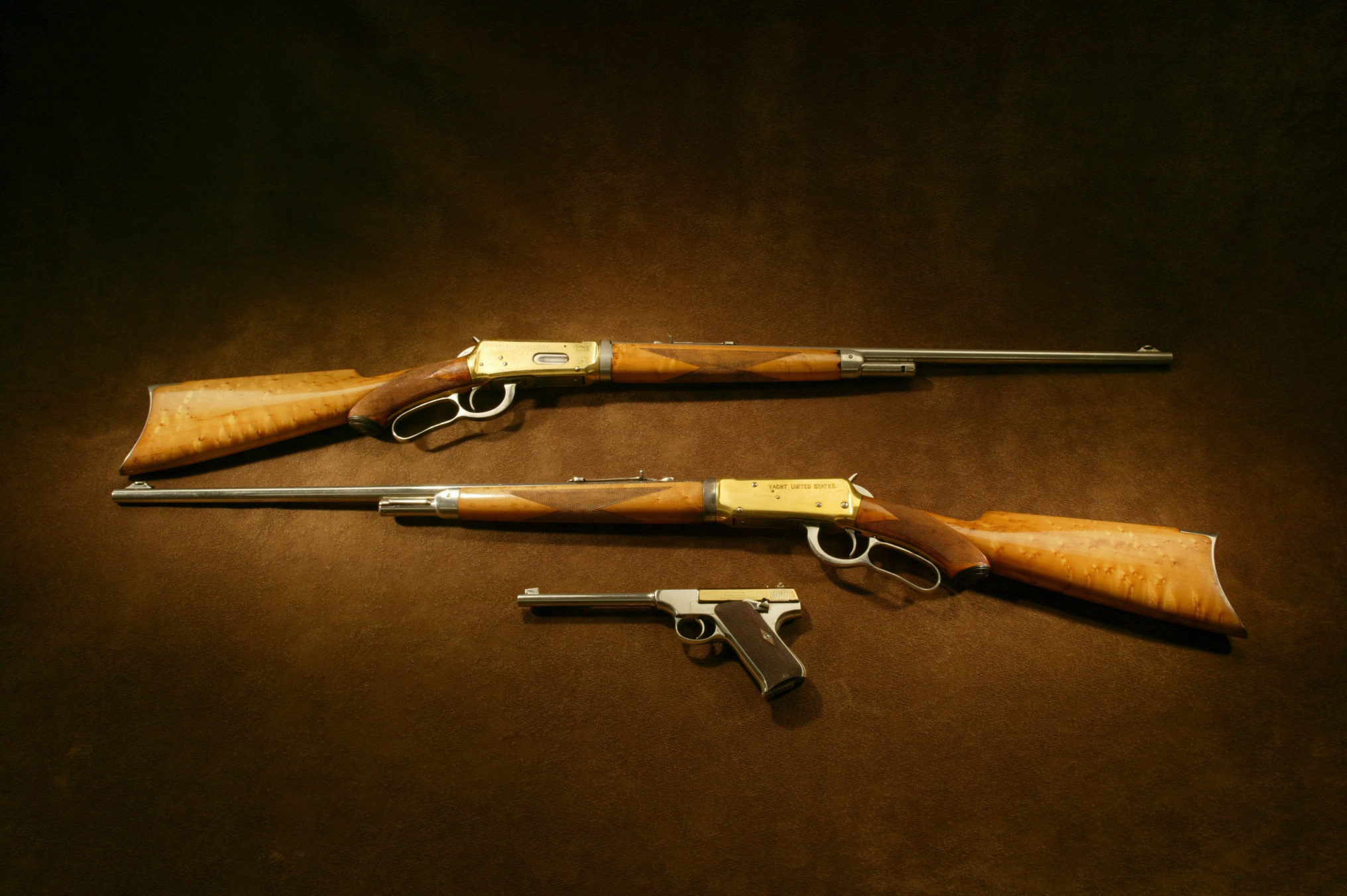 While his mother rarely entertained, Ned was a lavish party man, hosting social gatherings that brought the cream of New England’s business and political leaders to his door. It was likely that fine food and wine wasn’t all that brought them, as “Colonel” Green surrounded himself with fourteen beautiful young women who were well-paid to be especially attentive to guests and carried on the payroll as typists. Part of Green’s education while growing up was to come in Chicago, where lodge brothers introduced him to a red-haired prostitute named Mabel Harlow. Green held off marrying Miss Harlow, who his mother had bitterly dubbed “Miss Harlot,” until a month after his mother’s death.

To celebrate his new marital status, Green wanted to own the world’s largest private yacht. But with the First World War ongoing, no civilian vessels could be ordered and he was restricted to existing vessels. Purchasing a Great Lakes excursion boat, the United States, Green added more than fifty feet of length, some say by cutting part of it in half and grafting in timbers, so that it would exceed the dimensions of rival J.P Morgan’s Corsair. No expense was spared in upgrading the United States, expanding the master stateroom and even adding a fireplace. Lavish decorations and fittings were mounted and Green placed no limit as to what could be added to this mansion afloat.

In 1917, the yacht was considered by Rudder magazine to be the largest, finest, and costliest privately-owned motor yacht of the day. Originally the vessel had 83 staterooms, but at the completion of the renovations, only 11 remained. Each stateroom was fitted out in a specific décor style, one being Louis XIV, another Chippendale, and so forth. 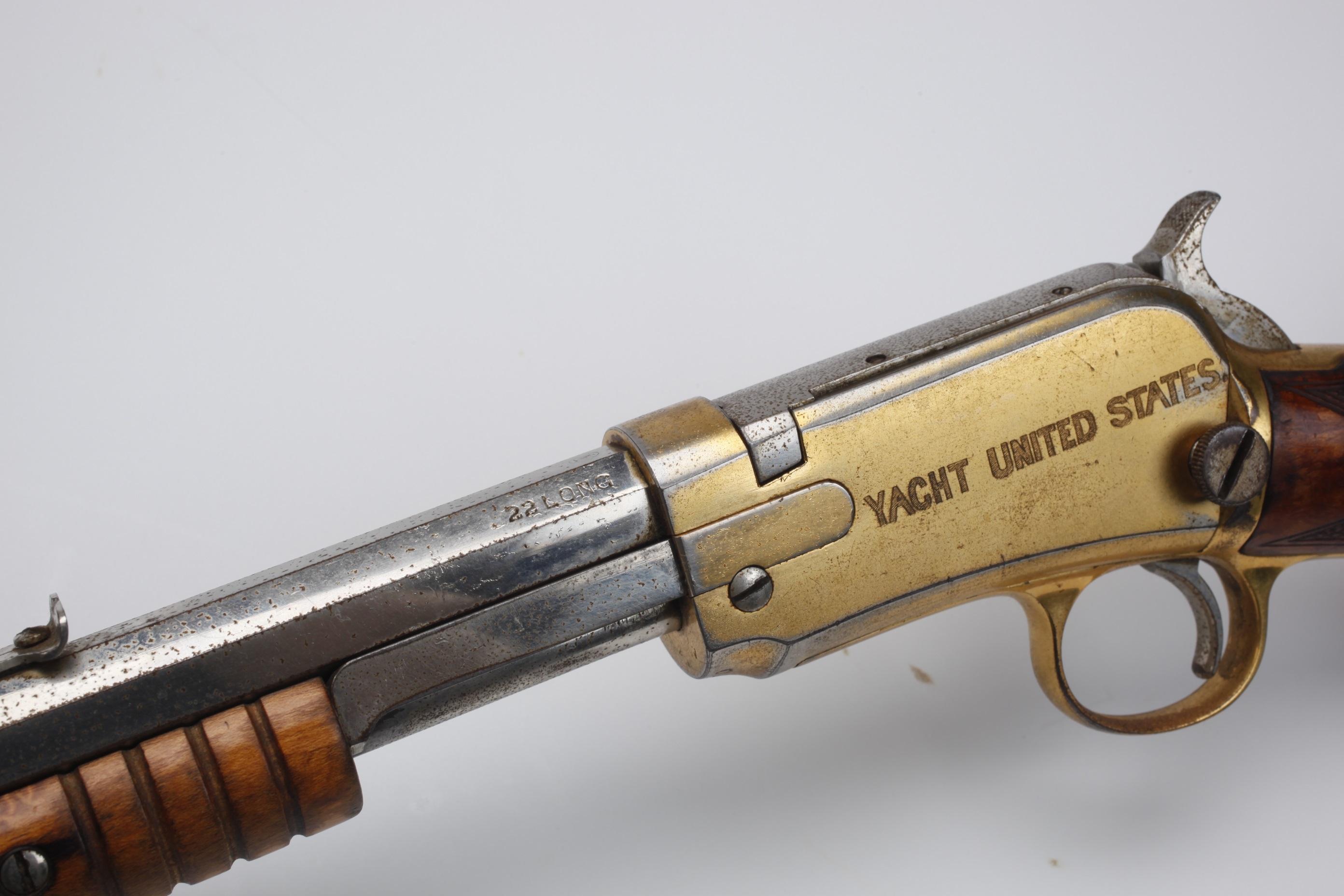 One special feature of this yacht was to be its owner’s arms locker. Green decided to order custom Colt and Winchester firearms, electing to have these guns special plated in gold and nickel to mitigate any onboard corrosion. The name of the vessel was also engraved on the side of each firearm in prominent letters. Only part of this arms ensemble was to be housed in a custom mahogany gun cabinet – just .22 pistols and rifles. Originally four early Colt semi-automatic .22 pistols, three Winchester Model 1890 pump-action .22 rifles, two takedown .30-30 Winchester Model 1894 lever-action rifles, and one takedown .30-06 Winchester Model 1895 lever-action rifle were commissioned.

There are stories that Green would shoot waterfowl from the deck of the yacht, sending crew out in lifeboats to retrieve the game. Guests aboard could fire in almost any direction from the mooring at Buzzard’s Bay, MA, not far from Green’s Rounds Hills estate ashore.

The pistols were fitted with checkered walnut grip panels, although one pistol that was stolen later was to turn up with replaced mother-of-pearl grips. The Winchester rifles all had factory birds-eye maple stocks by special order and were each factory plated on receivers and barrels for finish. This plating covered both front and rear sights. 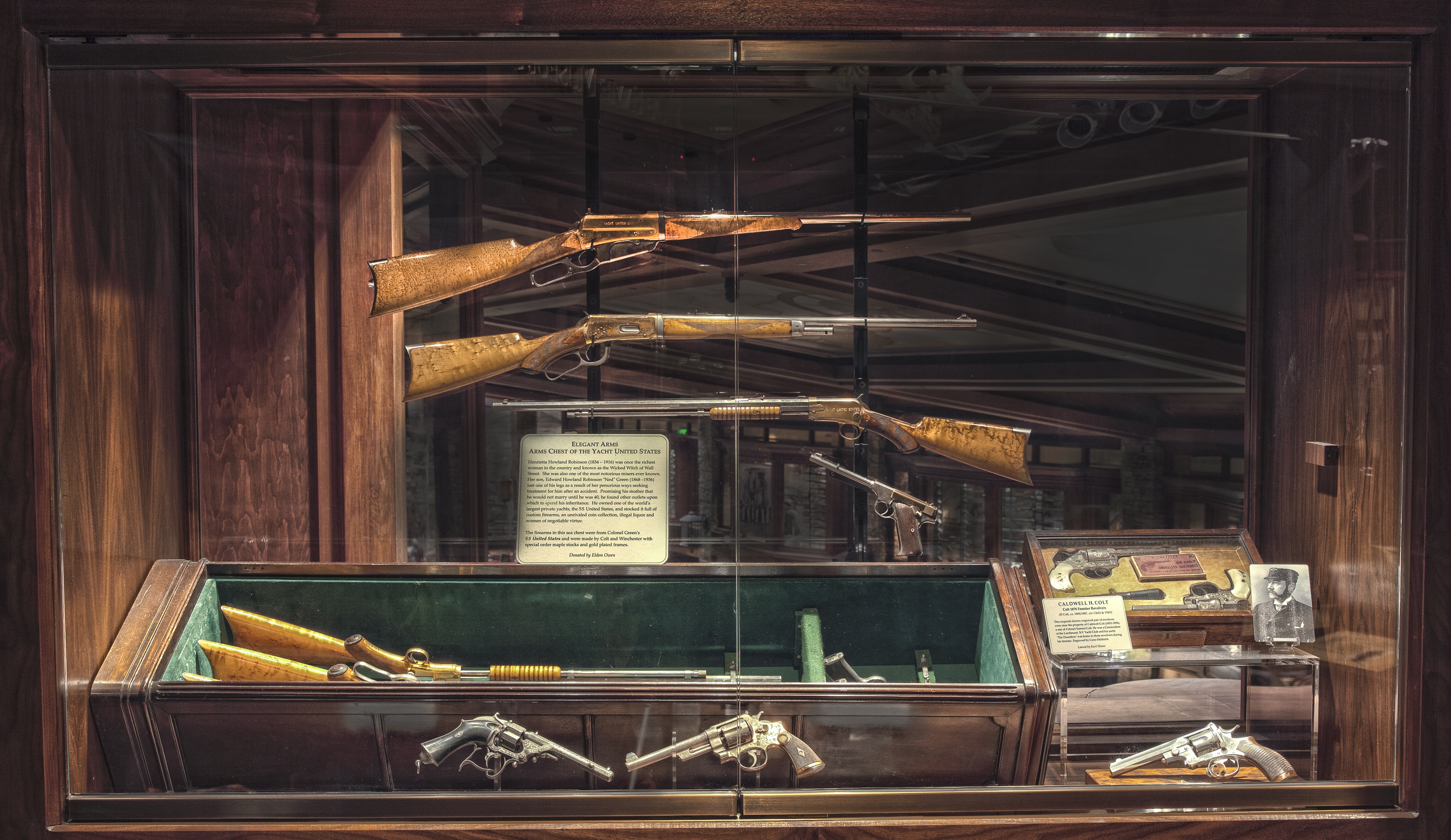 Green’s enjoyment of his yacht was to be short-lived. After being shifted to a different mooring in August of 1919, the yacht United States abruptly sank at anchor, coming to rest on its side in 17 feet of water. No lives were lost, and salvage crews were able to remove much of the furnishings, including the mahogany cabinet that had served as the arms locker aboard. After Green’s death, the yacht’s guns traveled through the hands of collectors, finally coming to rest in the collection of E.J. Owens of New Hampshire, lacking only one of the pistols, which had disappeared.