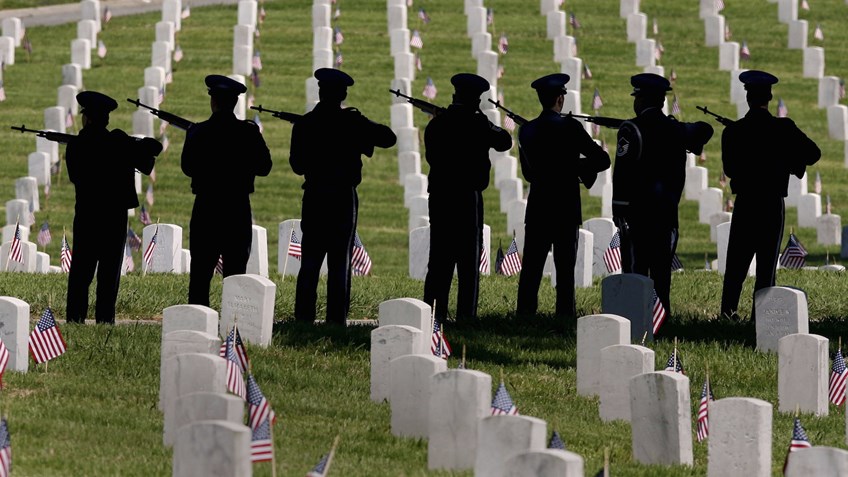 The NRA National Firearms Museum at NRA Headquarters in Fairfax, Virginia, strives to tell the story of the United States through firearms. As such, many of the galleries detail the conflicts in which the U.S. has been involved since our inception as a country, from our initial fight for independence to the battles waged to keep us free.

In these battles, millions of American military personnel picked up these arms and shipped into the unknown, committed to fighting our enemies at all costs. For many of these troops – hundreds of thousands – they would never see home again. It’s not only the stories of America’s valiant stands against tyranny and oppression, but the tales of individual courage and bravery that are embedded in each military firearm in the galleries.

Starting with the Revolutionary War, a gallery showcases the different kinds of long arms and pistols used by the Continental Army, including Brown Bess muskets from England, American-made long rifles, and muskets used by local Committees of Safety.

In the cases that focus on the Mexican War, we begin to see an evolution in arms technology. While most soldiers were issued older, flintlock muskets as directed by Gen. Winfield Scott, others had more state-of-the-art rifles. Future Confederate President Jefferson Davis saw to it that his regiment of Mississippi soldiers carried the newer Model 1841 percussion rifles.

Never before had our country been more divided than it was during the Civil War – and our galleries reflect that rift. On one side, we showcase the breadth of Northern manufacturing and the variety -- and quantity -- of arms produced by major manufacturers such as Colt, Remington, and Smith & Wesson. These firearms are on display in a gallery designed to look like the firehouse at Harper’s Ferry Armory. On the opposite side, we highlight Southern firearms in a well-heeled parlor. Here we see Confederate copies of tried-and-true Union arms, such as the Palmetto rifle, Spiller & Burr revolvers, and more.

Once in the Wild West and Indian Wars era, metallic cartridge firearms abound. From trapdoor Springfields to Winchester repeaters, the museum galleries even boast a Gatling gun that was slated to be issued to George Armstrong Custer and his 7th Cavalry shortly before the battle at Little Bighorn. Unfortunately for Custer, he didn’t take the gun – a decision that shaped the fate of him and his men.

Upon arriving in the early 20th century, U.S. soldiers plunged into what would be the first truly modern war the world had ever seen, World War I. Guns used by the Allies – like Colt 1911 pistols and Springfield M1903 rifles – are contrasted with guns of the Central Powers – like the “Broomhandle” Mauser pistols and K98 rifles. In between these two cases is a life-size diorama of trench warfare, as seen from within the trench. Join the American doughboys in the fight of their lives as they struggle to overcome the stalemate that is trench warfare.

After WWI failed to be “The War to End All Wars,” the U.S. was plunged into World War II. Firearms in these cases include M1 Garand rifles, deemed to be “the greatest battle implement ever devised” by General Patton. There are also Browning Automatic Rifles, Liberator pistols, and an entire life-size diorama of 29th Infantry soldiers in Normandy in 1944. 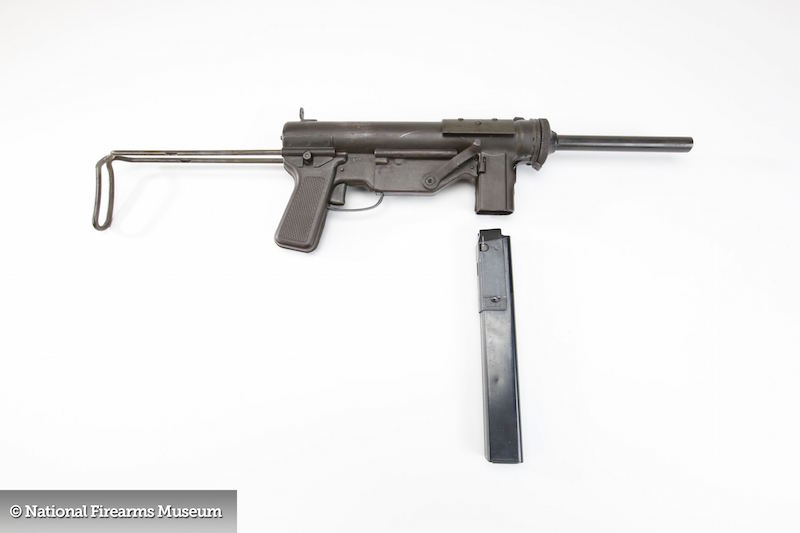 In the 1950s, American military personnel entered the war in Korea. Here, you’ll see M3A1 “Grease Gun” submachine guns made by Ithaca, M2 select-fire carbines, and, of course, more 1911s. Clashing in the jungles of Vietnam, relics in the museum galleries include the M60 machine gun, an M40A1 sniper rifle, a wide variety of M16 rifles, and even some crude, handmade firearms used by the Viet Cong. 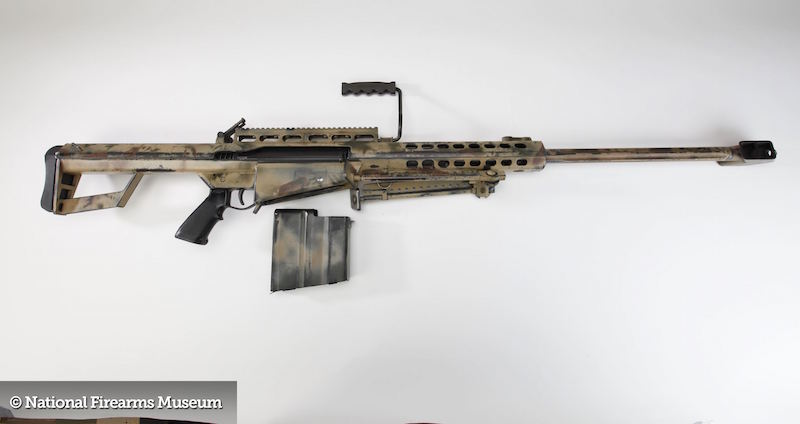 From the Gulf War, there’s a Barrett M82A1 semi-automatic rifle and a Remington M24 bolt-action rifle. Arriving in present day, the “America’s Rifle” exhibit chronicles the evolution of American arms in the 20th century, from the Garand to the M14, then to the M16 and the M4 platform in use today.

This Memorial Day weekend, spend some time in our military galleries and pay your respects to all of the brave men and women who gave their lives in service to our great country. These service members gave everything in order to give us our continued freedom and comfort, and we are forever in their debt. Learn more about the battles they waged to protect our country and the firearms they used in doing so at the NRA Museums in person or online.