Missed The Gun Collective Panel At NRA Annual Meeting? You Can Still Ask Your Questions! 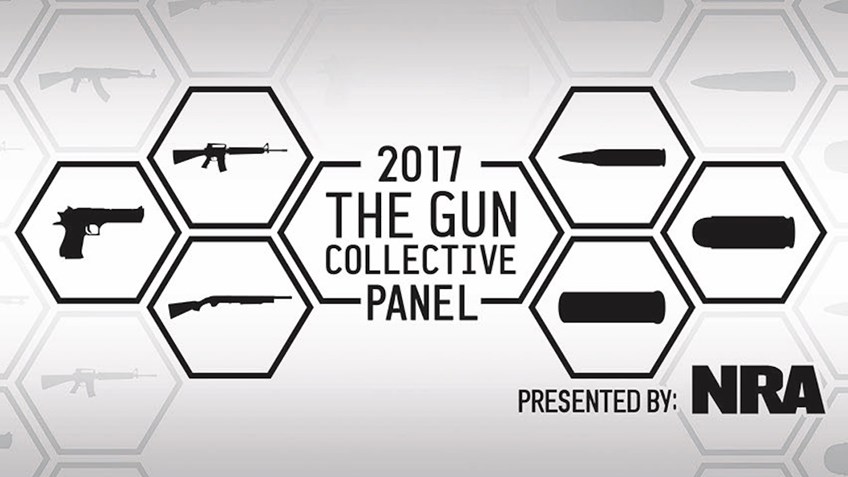 The Gun Collective Panel Presented By NRA at the 146th NRA Annual Meetings and Exhibits in Atlanta on April 29 was a huge success, with over 600 NRA Members turning out to meet, ask questions and discuss Second Amendment and gun culture issues with their favorite firearms media personalities.

The panel, hosted by creator of The Gun Collective, Jon Patton, featured TGC’s co-host and attorney Adam Kraut, rimfire trickshot maestro 22Plinkster, Eric and Chad of IraqVeteran8888, YouTube’s Mrgunsngear, and Tim Harmsen from the popular Military Arms Channel. The panel also featured Josh “Whitey” Cast from Four Guys Guns, Jeremy Siwak from The Truth About Guns, and Shawn Herrin from We Like Shooting.

More than 350 fans stood in a growing line nearly an hour before the event was due to begin at the Georgia World Congress Center. By the time the panel took the stage and kicked off the questions, the large room was at standing room-only capacity, and buzzing with excitement and energy.

Enthusiastic attendees approached standing microphones in the room, firing away questions covering issues from across the firearms world. Topics included everything from gun recommendations from the panel to questions about becoming successful on YouTube and social media, and how the changing landscape of modern media impacts the ability of the panel members to keep making and sharing great content. 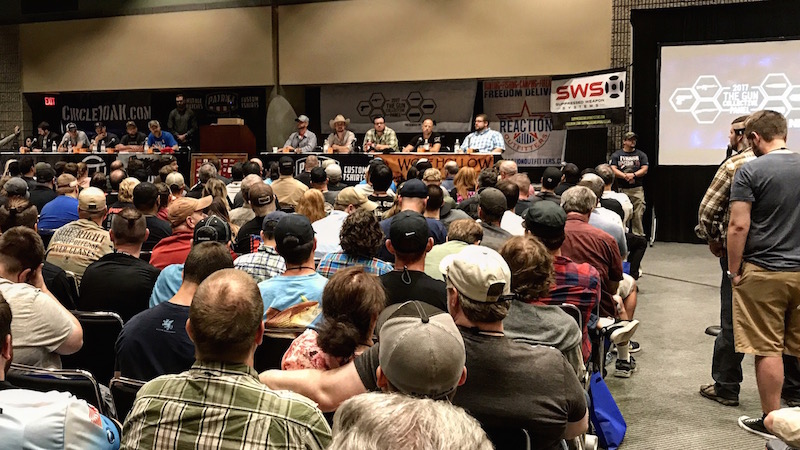 In between questions, the panel members drew raffle numbers, corresponding with the tickets each attendee received when they entered, to award prizes donated by the event’s sponsors. Prizes included firearms, ammunition, gear and event-exclusive collectibles. In total, the panel gave away more than $55,000 worth of guns, gear and prizes to the huge crowd.

For those fans who couldn’t make it to Atlanta, the entire panel was live-streamedto tens of thousands of fans on Facebook via The Gun Collective’s page, and the panel members answered questions asked through social media to include as many fans as possible.

Patton said the response to the event “blew him away,” recalling how his jaw dropped as he walked through the snaking line before the doors opened to film a social media video and greet waiting fans. The legion of dedicated attendees showed their appreciation and support inside as well, giving the panel a raucous welcoming cheer and a standing ovation as the two-hour event came to a close.

“The TGC Panel is a fantastic way for us, content creators, to spend time with our fans and give back as much as possible. They are the reason we matter, so we try to give them a great experience,” Patton said. “Now that we’re working with the NRA to make the panel bigger and better, things can only improve as we go forward. This was a massive success, and I cannot wait to do it again.”

Just because the 146th NRA Annual Meetings and Exhibits has come and gone doesn’t mean the dialogue between fans and creators has to stop. For those who couldn’t make it to the panel or missed the livestream, YOU CAN STILL ASK QUESTIONS to the panel members! Use the form below to ask your question, and we’ll send them to The Gun Collective, who will select questions to be answered by the content creators. Be sure to check back for answers to select questions!