What Happened When The Air Force Tried Aluminum Revolvers? 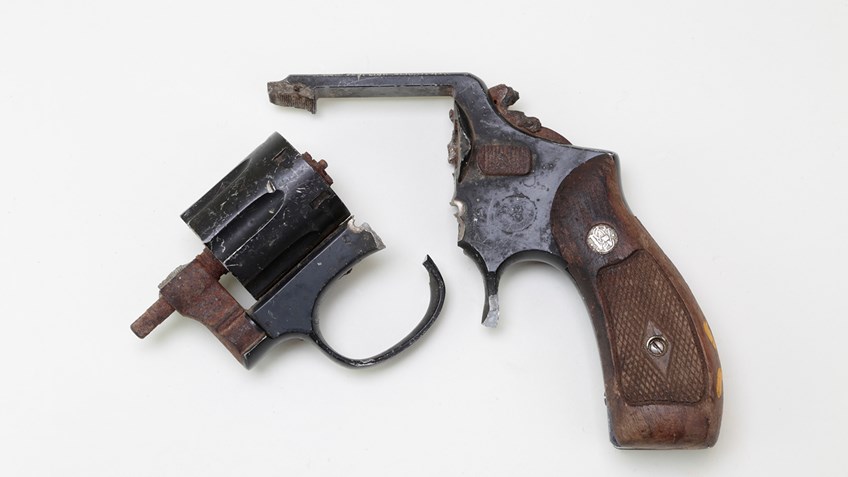 More
SUBSCRIBE
The United States Air Force is all about saving weight. The heavier something is, the more fuel it takes to fly. The more fuel that's required, the more expensive the flight. It's an effective line of thinking, but sometimes it leads to less-than-desireable results.

In 1953 this principle led the USAF to order an aluminum alloy version of the Smith & Wesson M&P to be issued to all flight crew. At only 14.5 ounces it was less then half the weight of the normal model but was still chambered for .38 Special.

Designated the "Revolver, Lightweight, Caliber .38 Special, M13," it was soon discovered that the aluminum cylinder was prone to cracking, especially if +P (high pressure) ammunition was used. In an attempt to fix the issue, the Air Force adopted a low pressure cartridge, but the cracking problem persisted. Realizing the gun was not fit for service, the USAF withdrew the M13 and had it destroyed.

Only a handful out of nearly 40,000 M13s managed to survive and it has become a curiosity piece among collectors due to its backstory and is very desirable due to its rarity.

This M13 donated to the NRA National Firearms Museum is clearly not one of those surviving pieces. It is one of the models that was demilled, or functionally ruined, and although it isn't a collectors copy, its standout appearance almost tells the gun's story more effectively.
IN THIS ARTICLE
NRA Museums Donations
More
SUBSCRIBE