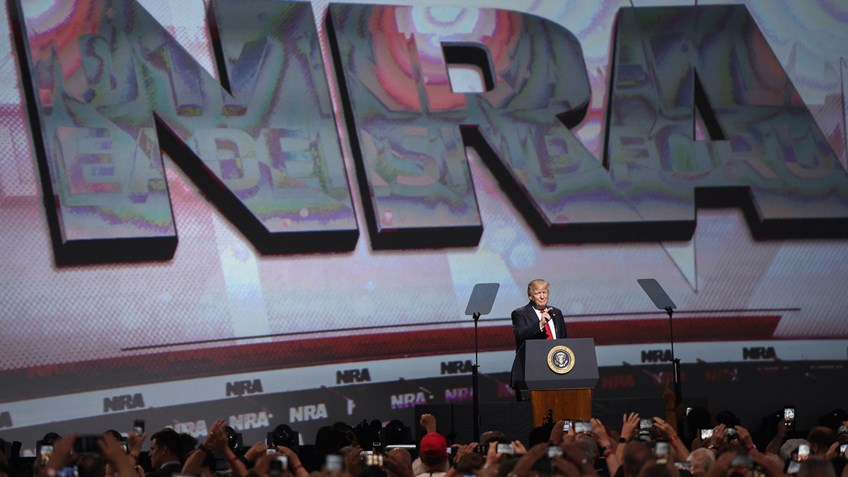 At the 2016 NRA-ILA Leadership Forum in Louisville, Kentucky, the National Rifle Association welcomed and subsequently endorsed then-Republican candidate Donald J. Trump for President of the United State, the earliest in an election cycle the organization had ever done so.

The media, Hollywood and academic elites did everything in their power to derail Trump’s campaign, throwing support behind Democratic candidate and known Second Amendment enemy Hillary Clinton.

Despite their condescending ego, nauseating confidence and around-the-clock leftist bloviating, their assault on liberty failed. Firmly supported by the NRA, the American people elected Donald Trump as their president, ensuring the future of their Constitutional right to keep and bear arms was safe and secure in the coming years. 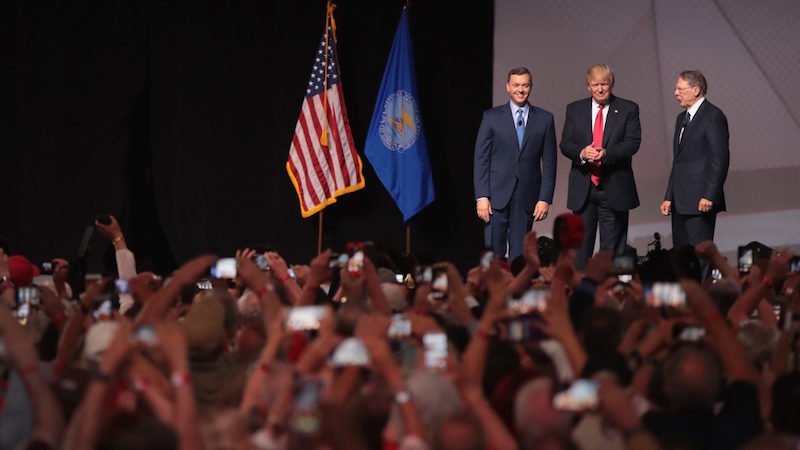 A year after professing their confidence and support in the historic 2016 general election, the NRA welcomed President Trump back to the stage at the 2017 NRA-ILA Leadership Forum at the 146th NRA Annual Meetings and Exhibits in downtown Atlanta. President Trump’s address to the NRA members in attendance marked the first time a sitting President had addressed the NRA since President Ronald Reagan’s remarks at the Annual Meetings in Phoenix in 1983.

Preceded on stage by NRA-ILA Executive Director Chris Cox and NRA Executive Vice President and CEO Wayne LaPierre, President Trump reinforced his commitment to preserving the Second Amendment and individual liberties, as well as national defense, homeland security, and the rule of law – hallmarks of a safe, strong America.

“You came through for me, and I am going to come through for you,” Trump said, thanking the massive crowd in the Georgia World Congress Center.

As Cox and LaPierre touched on in their remarks, the U.S. could have been plunged further into near-totalitarian dystopia if Hillary Clinton had won the White House. There would have been no appointment of Jeff Sessions to respect and restore the rule of law. There would be no nomination of Ryan Zinke as the Secretary of the Interior, working tirelessly to protect time-honored American outdoor traditions like hunting. There would have been no installation of former U.S. Marine Corps Gen. Jim Mattis to have the courage, experience and toughness to take the fight to America’s enemies. There would have been no Judge Neil Gorsuch nominated and confirmed to the Supreme Court to help defend American freedoms and set historic precedents in the court battles that lie ahead. 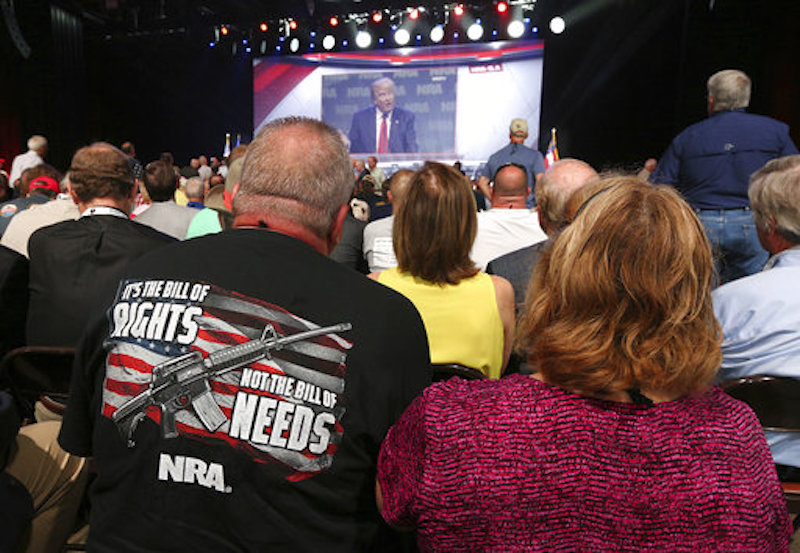 If Obama’s America was bad, Hillary Clinton’s America would have been absolutely catastrophic – potentially a fatal blow to the right to keep and bear arms and personal freedoms forever. President Trump, however, successfully installed those four incredible leaders within his first 100 days, and told members of the NRA that it’s only the beginning of his plans to “make American great again.”

“The eight year assault on your Second Amendment freedoms has come to a crashing end,” the President said, greeted by raucous applause. “We all took a vote to protect and defend the Constitution of the United States, and that means protecting the Second Amendment. I promise to never ever infringe on the right to keep and bear arms.”

President Trump’s sentiments were echoed by the all-star lineup of speakers at the forum, including Cox and LaPierre, Zinke, Senator Ted Cruz, former baseball star Adam LaRoche, retired U.S. Army Lt. Col. Allan West, Milwaukee County Sherriff David A. Clarke, Jr., campus carry advocate Antonia Okafor, and numerous other leaders and patriots. The message was crystal clear – Second Amendment rights are a top priority, and now is the time to go on the offensive to build a better future for law-abiding gun owners in the U.S.

“Freedom is not a gift from government; freedom is a gift from God,” President Trump said. “To The NRA I’ll say: I will never, ever let you down.”